Off the Cuff with Nobel Laureate Joshua Angrist 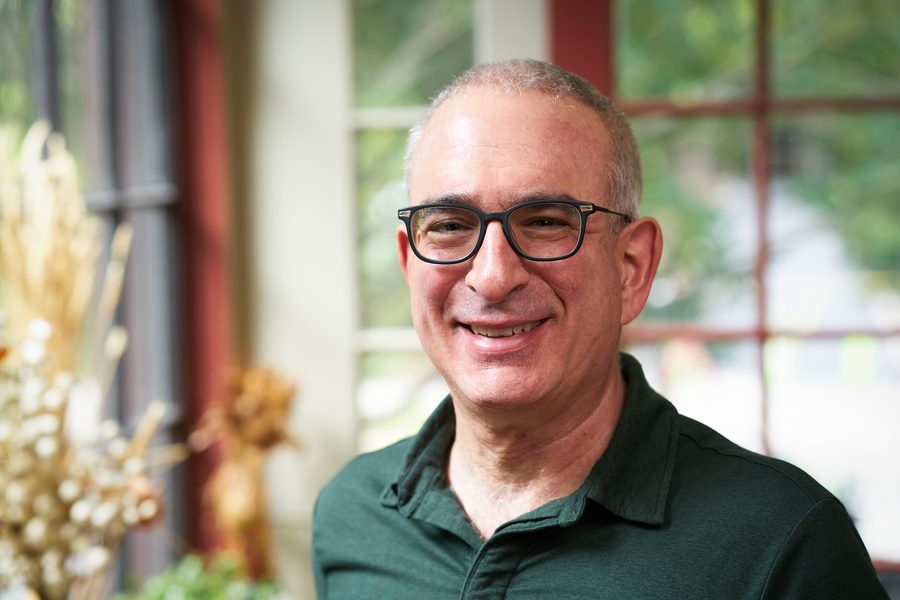 On Monday, Joshua D. Angrist, OC ’82, was named a winner of the 2021 Sveriges Riksbank Prize in Economic Sciences in Memory of Alfred Nobel, better known as the Nobel Prize in Economics. Angrist was honored for his work in developing better methods to establish causality in social sciences. Angrist shares half of the award with Guido Imbens, and the other half of the award goes solely to David Card. Angrist and the other recipients spearheaded what is known as the “credibility revolution,” transforming economics into a more empirical and scientific academic field. We sat down with Angrist to discuss some of his most influential research and his time as an undergraduate at Oberlin.

What kind of economics work did you do here at Oberlin?

My honors thesis is called “Sample Selection Bias and the Nature of Unemployment.” I had been reading papers by the man who became one of my thesis advisors, [Professor of Economics at Princeton University] Orley Ashenfelter. I was trying to program, and in those days physical software was more primitive. Computers were not as convenient. There was a computer in the basement of Mudd Library — maybe there still is! It’s a big mainframe computer called a 9 Xerox Sigma. And you had to go down there and work with it on terminals, and I wrote code in SPSS and BMDP, packages that I’ve never used since, and ran regressions. I don’t think I learned too much. I learned for me, but I don’t think I contributed to science very much, but I loved doing it. I had an office in the library. You get a little office on the top floor of the library and you feel like you’re a graduate student.

How did you end up at Oberlin?

I had a great time at Oberlin and I felt super lucky to get into Oberlin because I wasn’t a very good high school student. I had left high school early, sort of in a tricky way. I had figured out the graduation requirements and I found a way to meet them in 11th grade. I didn’t take any advanced coursework of any kind. I took two healths, two gyms, and two English classes, and I met the state requirements. I got my diploma and I went to work, but then I thought I should go to college. And you know, I wasn’t going to get into any selective schools. I had okay SAT scores. And I had some short stories I had written. I think based on my SAT scores, and my short stories, Oberlin admitted me. So I’m very lucky that [Oberlin] took a chance on me.

When I was a first-year, I read one of your most influential papers, “Does Compulsory School Attendance Affect Schooling and Earnings?” I remember thinking your research design was so innovative. Can you speak to your creative process and how you developed some of these methodological techniques?

People born at different times of the year enter school at different ages. Because they enter school at different ages, they’re allowed to drop out of school either sooner or later in their education career. So if you enter school young, you’ll be kept in school longer, until your 16th birthday. That’s going to actually have a small effect on your schooling. We kind of stumbled on that method. We initially discovered that men who were born earlier in the year were drafted first for World War II, so Alan and I got some census data. We started to look at the relationship between birthdays for men born in the 1920s, and various outcomes. And we saw that there’s a very strong correlation between birthdays and schooling. And we didn’t think that had anything to do with military service because it was there for all cohorts, regardless of whether they were at risk of military service. And then we said, “What would explain that?” So in this case, we kind of stumbled on it and then we figured out the compulsory attendance. I don’t know exactly how we figured it out. I remember we discussed it among ourselves. We discussed it with Larry Summers, we discussed it with Orley Ashenfelter, and somehow we came up with the idea that it all works through compulsory attendance laws. And so that became that paper.

What was most influential about your time at Oberlin?

Economics is not something I knew about. I certainly hadn’t taken it in high school, but then I took ECON 101 because, in my family, we did like to talk about it. My father had some small businesses and he was also a financial journalist for a while. I took ECON 101 with [Emeritus Professor of Economics] Bob Piron. He was just such an awesome teacher. Oh, I loved him. It was funny and challenging, and I just loved it. I loved every minute of it. I think I actually got a B in his class, but I loved the material. And then I just took more and more economics. I also took some math ’cause I understood I needed that. That was a struggle for me. I had to be tutored initially to pass my calculus ’cause I hadn’t really taken much math in high school and I didn’t know elementary math. So I had great teachers, and great teachers make all the difference in a student’s life. Looking back on it, the important thing was I discovered economics and it’s something I loved and was good at. And everything else is sort of second-order in retrospect. More power to all the Oberlin economists, both students and faculty. I hope everybody else in the Honors Program and the Economics majors and the faculty will take some pride in this having set me on my path here.