Education on the Ballot for 2021 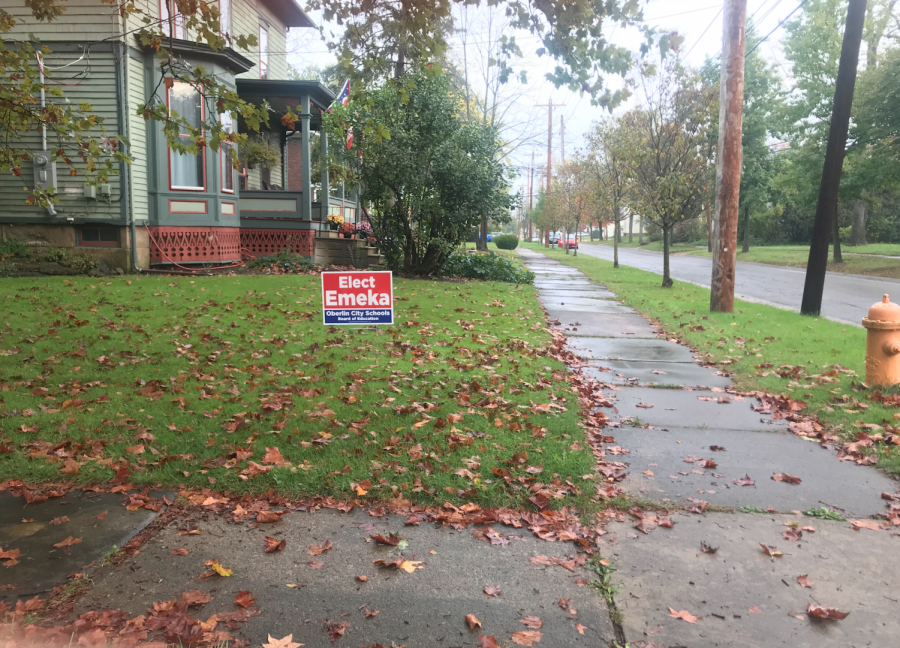 Next Tuesday, voters will go to the polls to vote for City School Board candidates.

Voters will head to the polls Nov. 2 to vote in Lorain County’s general election. Education has emerged as the primary issue on the ballot. While the race for City Council is uncontested, five candidates for the Oberlin School Board are vying for three open seats, and two of the proposed tax renewals on the ballot concern funds for Oberlin City Schools.

School Bond Issues 39 and 40 are up for renewal. Issue 39 dedicates $1.3 million towards education technology for the District, while Issue 40, a 0.75 percent income tax, generates approximately $2.8 million for arts and music school programs, which are often less funded than STEM programs. Since both tax levies are renewals, they will not result in increased taxation.

“If [Bond Measure 40] wasn’t passed, we would have to look at [cutting] support staff, who are like the paraprofessionals that are essential,” said Melissa Linebrink, Oberlin City Schools marketing and communications consultant. “We would have to look at our art and music programs, our social-emotional learning, and athletics.”

This year’s race for School Board features five candidates with varying ties to the schools, all of whom have a stake in seeing the schools succeed.

Farah Emeka, OC ’97, prosecutor for the City of Oberlin, was appointed to the board last summer to fill a vacancy, and is a current member. During her time on the board, she helped Oberlin City Schools navigate the COVID-19 pandemic.

Rosa Gadsden, former School Board member, is the volunteer and outreach coordinator at Oberlin Community Services and has previously worked as an assistant teacher in a Head Start classroom.

Samuel Baker, an Oberlin firefighter and former substitute teacher, is married to Oberlin City Schools Psychologist Bethany Baker, and has three children enrolled in the schools.

Ronnie Rimbert, a former Oberlin City Council member hopes to advocate not only for Oberlin students, but also for those in Elyria and the surrounding New Russia Township.

Debates in school boards across the country have recently been dominated by the debates over critical race theory. Last summer, conservatives launched an attack against schools teaching history through a lens of racial equity, labeling the practice as promotion of Critical Race Theory, a body of scholarship often taught in law school.

Oberlin City Schools stand out among other Ohio school districts in its commitment to teach an un-whitewashed version of U.S. history. In an Oberlin Community Candidates Night on Sept. 29, hosted by Dr. Alison Ricker, head of the Science Library and member of the League of Women Voters, candidates for School Board unanimously spoke out against legislation proposed by the Ohio State House to prohibit the teaching of “divisive concepts.”

“It makes absolutely no sense for our curriculum to be determined by legislators in the State House who are not familiar with the unique diversity of our community,” said Emeka. “It’s important for us to … see where we’ve made mistakes in our past when you refer to critical race theory, and learn from them so that we don’t repeat them.”

Steggall stated that uncomfortable questions have the power to broaden students’ horizons.

“I think divisive concepts are how we learn … and learning about each other is how education makes us all better people,” Stegall said. “I think it’s definitely important to teach true history. I would point to Mr. [Kurt] Russell, our State of Ohio Teacher of the Year. His Race, Gender, and Oppression class is one of the classes that the kids at the [Oberlin] high school really love.”

The broader Oberlin community hasn’t necessarily reached a consensus on how to grapple with sensitive issues like mask mandates and critical race theory. However, Oberlin City Schools Superintendent David Hall described the undercurrent of civility that ran through a meeting between public health experts and community members held on Oct. 19.

“I think three of our committee members stood up and said, ‘This has been a very, very healthy conversation,’” said Hall. “Whether they agree, whether we disagree — at the end of the day, we all walked out together.”

Former President of Oberlin City Council Bryan Burgess urged College students to research the candidates and issues at stake in order to serve the interests of the Oberlin College community.

“The state of Ohio says college students can vote for local elections,” said Burgess. “Even if you aren’t here for the next election cycle — you’ve graduated, you’ve moved on — if you’re not here, someone just like you will be here. And so you are voting to represent not only your interests, but the interests of college students in general.”

Voters can view their registration status, precinct and polling location, and sample ballot at lookup.boe.ohio. gov/vtrapp/lorain/vtrlookup.aspx. Those who are interested can sign up to be a poll worker at OhioSOS.gov.