Winter Market Closes Due to Lack of Vendor Interest 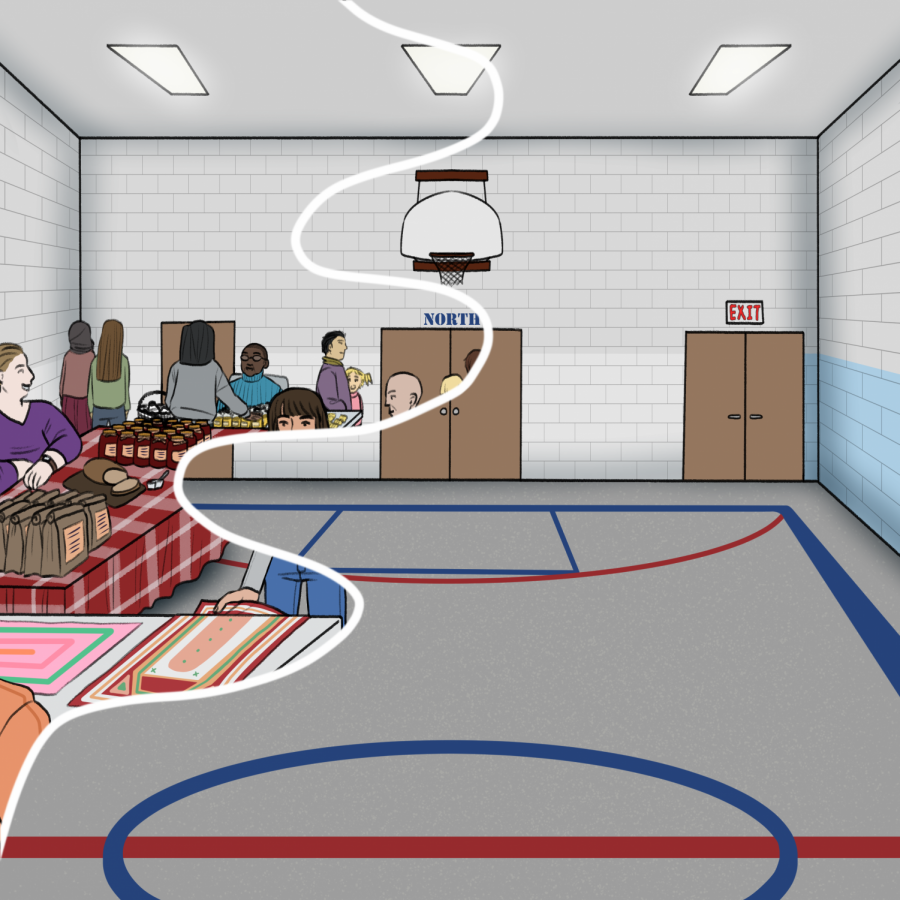 The Oberlin Farmers Market will not take place this winter due to a lack of vendor interest.

The Oberlin Winter Market will not open this year after the Market was unable to recruit enough vendors to pay rent on a host facility. The Winter Market, an indoor farmers market that sells produce, meat, and other goods, normally runs from mid-October to mid- May but last December, it was shut down due to COVID-19. However, organizers are hopeful that the Winter Market will be running again next year.

Since 2018, the Winter Market has taken place in the Oberlin Early Childhood Center. In 2020, the Market was held downtown in an empty storefront. Normally, the Market pays OECC $80 per week in rent and $38 a month for operating insurance.

In order to meet these costs, the Winter Market needs to have six to seven vendors because most do not sell at the Market every single week. Unfortunately, the Market lost two important vendors this year. According to Laura Reed, who serves as the Market manager, the person who normally sells produce at the Market is sick and could not participate this year. An additional struggle is that the farm that offers meat had customers who were concerned about shopping inside due to COVID-19, so the farm declined to participate.

“When it came down to figuring out covering the cost, … it just was not going to work because we don’t have a whole lot of extra money in the bank as far as the Market goes,” Reed said. “We’ve always sort of operated on a very tight budget so that we could keep the cost for our vendors to participate low.”

Not having the Market operate this year has left vendors searching for alternatives to sell their products. Peter Morris, farm manager of City Fresh, has pivoted to collaborations with Oberlin Food Hub and other outlets.

“It’s just a bummer,” Morris said. “We had grown stuff in anticipation for the sale of it this winter. So now to not have that guaranteed Saturday lined up, it makes it a little difficult, but I don’t think it’s anybody’s fault.”

For Reed, the closing of the Market is a financial and emotional blow. Reed sells soaps, sugar scrubs, lotions, and candles, and her family counts on the income she makes at the Market.

“I’m very disappointed for the other vendors who don’t have this opportunity to sell their things because there are several of them that depend on this income,” Reed said. “It is very disappointing. I felt like crap having to tell everybody, ‘We can’t do the Market this year cause they don’t have the people interested.’ It was a lot of work to put forth to try to pull the Market together and just a huge amount of disappointment when it kind of became a reality that we can’t do it this year.”

Community members also rely on the Market for accessible, local, and fresh foods. Chair and Professor of Rhetoric and Composition Laurie McMillin is a frequent patron of both the summer Farmers Market and the Winter Market. McMillin expressed her sadness to see the Market closed this year.

“I rely on these wonderful farmers for their eggs and meat,” McMillan said. “Their animals are pasture raised without added hormones and all that other stuff. I also love to be able to buy my produce locally. It’s been a luxury to be able to go a few blocks in summer or winter to get local greens — or at least to buy them from people in my community. So yes, I will miss the Market, and, sadly, I will end up driving some distance to pick up food that has traveled even farther!”

Despite the disappointment, Reed thinks that because the Winter Market is such an important part of the Oberlin community, it will not be gone forever. She is determined to reopen it in 2022 and has been looking into negotiating with the City for the use of the former Prospect Elementary School building for the Market. She is also looking for grants to help offset some of the management costs of the Market.

“As far as I know, there is no winter farmers-type market where you can access things that are produced in the community,” Reed said. “I think the community is gonna be sorely disappointed and sorely lacking this year because of [the closure]. And that is one of the reasons why I’m really intent on working to make sure that next winter or next fall when the outdoor Market closes, we do go into having our Winter Market.”

Morris argues that the success of next year’s Market partially hinges on greater interest from community members who can contribute to the Market. He hopes to see more people in Oberlin rally around participating in the local economy.

“It came down to not having enough vendors … so in general, I think that there’s this need for other members in our community to start doing crafty things or to start growing themselves to be a part of the Market if we wanna keep this going as a community,” Morris said.