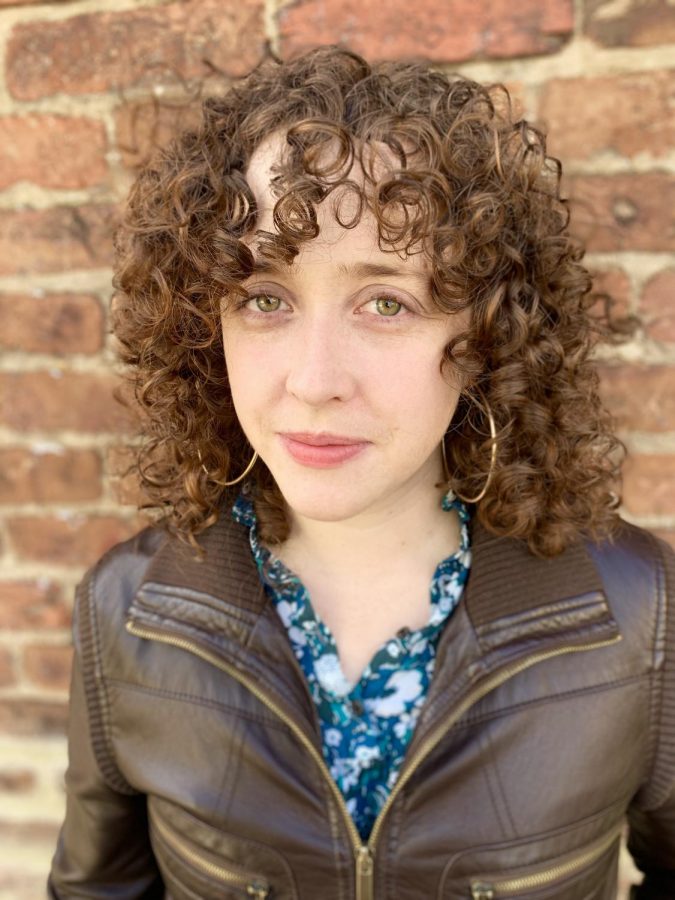 Director of Oberlin Writers in the Schools and Assistant Professor of Creative Writing Lynn Powell has published three books of poetry: Old & New Testaments, The Zones of Paradise, and, most recently, Season of the Second Thought, as well as a book of nonfiction, Framing Innocence. Visiting Assistant Professor of Creative Writing Elizabeth Lindsey Rogers, OC ’07, is the author of two poetry collections: The Tilt Torn Away from the Seasons, one of The Boston Globe’s Best Books of 2020; and Chord Box, a finalist for the Lambda Literary Award. When Rogers was a student at Oberlin, she took a nonfiction workshop class with Powell that quickly spurred a mentor-mentee relationship. Now, the two are close friends and colleagues. This past Monday, the two professors gave the Creative Writing Program’s first reading and Q&A at Dye Lecture Hall.

Professor Rogers, you were in Professor Powell’s nonfiction workshop when you were a student at Oberlin. I was wondering if the both of you could speak on your experience as student and teacher and how that evolved into a friendship and a professional relationship.

ER: If I’m remembering correctly, we actually met at a poetry reading in late 2005 called Poets Against the War that was held at the Cat in the Cream. Lynn read something and I read something, and afterward Lynn came up to me and said, “I don’t know you and you’re Southern.” People from the South at Oberlin have a way of hearing one another’s accents and sort of finding one another. I had been hearing wonderful things about Lynn from other people, and it just turned out I had one more 300-level workshop to take — this would have been the spring of my junior year. I was hoping to take nonfiction anyway, so it was great that we’d already made a connection before I even came into her class. After that, I just found myself inspired to work really hard in her class. She was so attentive to everyone and brought so much energy into the classroom. I thought, “Wow, this person is really giving it her all.” So that’s kind of how things started. In some ways I think we were drawn to one another by virtue by having grown up in similar places — me in North Carolina, Lynn in Tennessee.

LP: I vividly remember Elizabeth as a student because she, too, was giving it her all. We had a great workshop group, but even within a great workshop group, there are people who, you know, it’s a priority but it’s not their highest priority. But I felt with Elizabeth, writing was her passion. The students all had to enlarge one of their essays at the end of the class into a 25 page essay. Maybe the earlier draft had been ten pages and they had to deepen it, open it up, and make some discoveries. Pretty soon, Elizabeth had already done that. She could have turned in her portfolio two weeks early, but she used that extra time as an opportunity to rewrite the whole thing, starting from scratch.

ER: Lynn wasn’t here my senior year because she was in the Netherlands, and after I graduated, I went to China on a Shansi fellowship. I think in some ways that distance was good. We stayed in touch and we started to become friends.

LP: Over Elizabeth’s senior year and the next two years, I don’t remember really being in touch except when Elizabeth was getting ready to apply for MFA programs and started writing to me from China. Elizabeth ended up going to the same university I had gone to, just out of total coincidence, but it gave us things to connect around. And then I think the friendship started building from there.

Professor Rogers, could you speak on Professor Powell’s mentorship during the writing process of your second book?

ER: With my second book, The Tilt Torn Away from the Seasons, I had a difficult publication process. I had the book chosen from a contest and then taken by a publisher who turned out to be really difficult to work with. The editor-in-chief did some things that were unethical, and I began to worry about trusting my book with this particular press. I made the decision to pull the book when it was under contract, which is not something that people often do. I thought, “Okay, I’ve got to start sending off this book again because I need to find a different publisher. I need to do something to this manuscript to make it new so I have the energy to send it out.” Lynn helped me come up with a new structure for the book based on some echoes and through lines that she was seeing. Her suggestions for the structure were much more sophisticated and smart than what I had previously been doing, and I feel they added so much to the book and made it more cohesive.

I feel like a lot of what Lynn does in nonfiction teaching is help people figure out how to structure things. I feel like that’s so much of the work — it’s not just how you tell the story, but also how you structure the story. How do you make sure the important stuff comes to light? I see a lot of parallels there.

How much of your work from the beginning of your life as a writer enters your published work — enters the truth that you are able to access now, as distinguished writers in the world? How much do you feel like you’re actively collecting and repurposing truths and pieces of thought and work that you have with you from when you first started?

ER: I was interested in writing from a young age, and I think to some extent I was always doing it on my own. I had two older sisters who were taking up a lot of space because they were older and more assertive than I was. I think it was sort of my way of retreating into myself as the youngest child. As a teenager, I was a re- ally serious musician and also a dancer. Those pursuits are much more outward and much more visible because you’re always doing performances and work- ing with other people. That’s the kind of the direction I thought I was headed in college; I got here as a double-degree student. I was in the Conservatory for classical guitar, and then decided pretty quickly that I didn’t want to be a concert musician. I have terrible stage fright and

I was like, “Why am I going to put myself in a position where I’m going to be doing this all the time and I’m going to be graded on it?” I loved studying music. I loved thinking about music and playing with people, but it wasn’t for me. I started writing again after that as a different way of trying to be expressive. I’d always been very interested in language, so it was kind of a natural progression. All my musical knowledge and training informed my writing as well, in both direct and indirect ways.

LP: I think writers mature at different ages. Someone who’s gone to Oberlin has been part of a real writing community and is experienced in workshops. As a college student, I had known one poet and taken one creative writing class. When I set out for graduate school, I had never been north of the Mason-Dixon line and had rarely been out of Tennessee. I had alot of growing up to do and a lot to learn about the literary and academic culture I was entering.

The poems I wrote in college and graduate school were not mature work for a variety of reasons. Yes, they were feisty, and a little racey. And a few of the poems were published in journals —one of the little poems even made it into my first book. But overall, it was not sophisticated work. I hadn’t looked at those poems in decades when I found them in an old file, dug them out, and read them just out of curiosity. At first, I was horrified. But the more time I spent with the work, the more I could see the inklings of the poet I am now. I could see the beginnings of my preoccupations in both style and subject. I even wrote a playful poem in homage to that old work, “Poem Beginning with Lines by Lynn Powell age 22,” which I read at our reading on Monday.