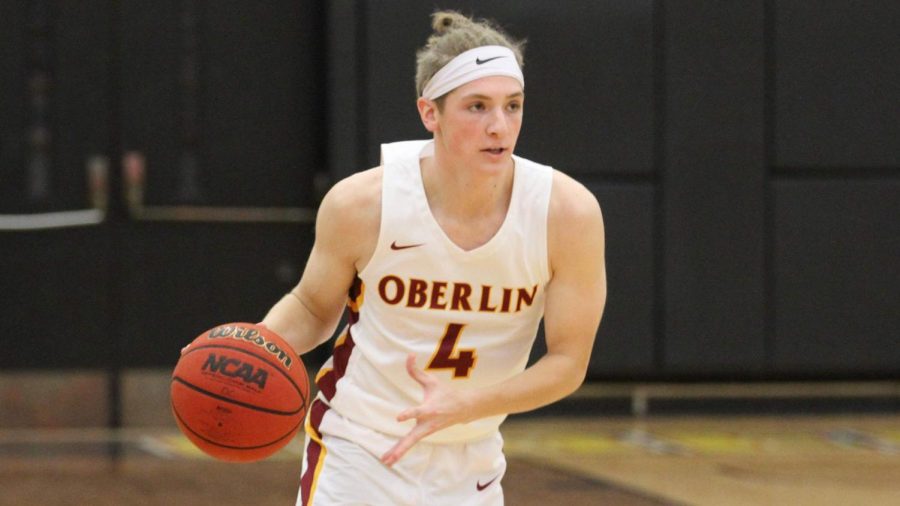 On Tuesday, Nov. 9, the Oberlin men’s basketball team will play their first game of the season against Waynesburg University. The Yeomen are coming off a successful 2019–20 season where they went 15-12 overall — the team’s first winning season since 1992 — but the squad has seen significant turnover since then. Players have transferred in and out of Oberlin and many first- and second-years will begin their college basketball careers this year. Out of the 20 players on the team, only four of them were on the 2019–20 team.

The team has just two fourth-years, Wolf Moser and Darien Knowles, both of whom were not originally in the class of 2022. Moser changed classes after taking a gap year and Knowles transferred to Oberlin in 2020. Head Coach Isaiah Cavaco recognizes the work Moser and Knowles have put in to be leaders for the young team.

“They have done a great job being positive role models for our younger players,” Cavaco said.  “Their approach to practice has been a great example to follow, and their attention to detail will prove to be extremely valuable.”

Knowles, a native of Amherst, Ohio, embraces the challenge of being one of the few experienced players on the team.

“I feel very comfortable stepping up to lead this year,” Knowles said. “We have a lot of young guys who are eager and hungry to learn and grow as players, and I feel like I have the knowledge and experience to help guide that process.”

Moser gives credit to all of his team members for their strong display of leadership during preseason and emphasizes the squad’s team-centric attitude and will to win.

Cavaco echoed the importance of this mindset.

“For a lot of the players, it’s easy to feel like you have to prove something as an individual at this time of year, but we’re trying to redirect that focus to be a dependable part of a greater group,” he said.

Cavaco, whose basketball résumé includes four years as a player for Yale University, will enter his 17th season as head coach of the Yeomen. He is excited to continue helping players lead successful lives while they are at Oberlin and after they leave.

“It’s great to see their hard work be rewarded on and off the court, and even though we don’t always get to see the results on campus, [hearing] the stories of how being here at Oberlin helped former players down the road is the best form of winning,” he said.

Cavaco is looking forward to the Nov. 20 home game where the College will recognize Oberlin High School boys’ basketball coach and 2022 Ohio Teacher of the Year Kurt Russell. Cavaco also noted the Nov. 30 game against North Coast Athletic Conference rival, The College of Wooster. The team will give away t-shirts to the first 100 Oberlin students who show up to cheer them on.

The Wooster game will likely be a tough, competitive matchup for Oberlin. The Fighting Scots have won 18 NCAC championships since the conference’s inception in 1983, most recently in 2019.

On Jan. 3 and Jan. 29, the Yeomen will play Wittenberg University, another team that will be a challenge for Oberlin. The Tigers, ranked 22nd for NCAC Division III this season by d3hoops.com, have won a total of 13 NCAC titles and are the defending champions of the conference.

Moser is looking forward to playing these tough conference opponents.

“It is always fun to play Wittenberg and Wooster because they are usually nationally ranked, so it’s fun to get a chance to knock off a ranked team, but all of our conference games are equally important to us,” he said.

This week, the focus is on the first game at Waynesburg. The team is looking forward to the return of competition in front of a crowded gym.

“It doesn’t even seem real that we are less than a week away from our season opener,” Knowles said. “We are excited, though! The crowds bring so much energy and life into the game that we’ll be able to feed off of.”