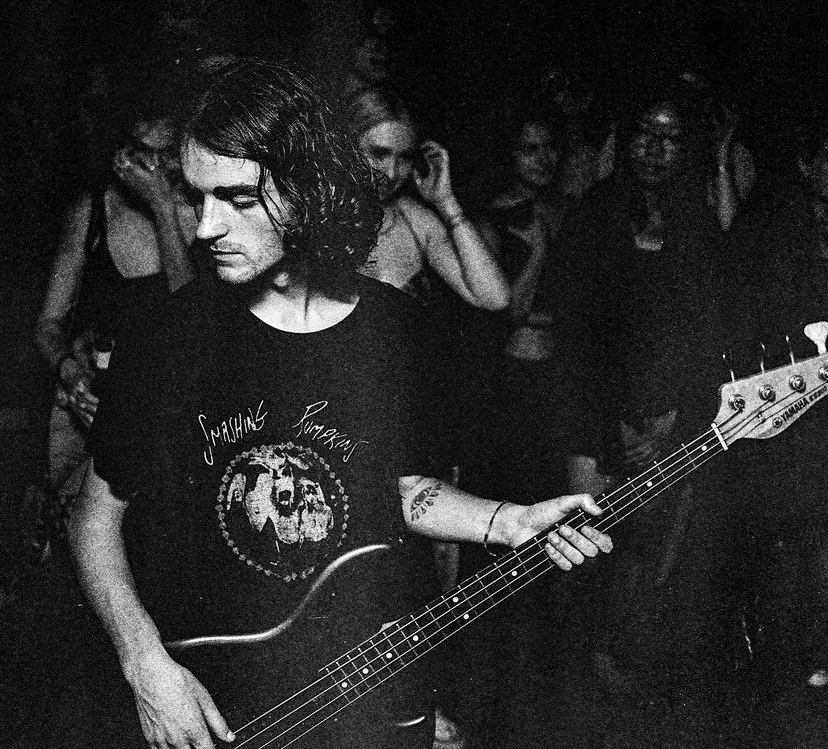 In the decades prior to the COVID-19 pandemic, Oberlin cultivated a thriv- ing student music scene, one spanning genres, class years, and friend groups. Campus bands were plentiful, venues were easy to come by, and audiences flocked from show to show every Friday and Saturday night; artistic inspiration and musical experimentation seemed to be at the heart of the student experience. With acts like garage-style rock band The Del Fuegos in the ’80s, solo singer-songwriter Liz Phair in the ’90s, Karen O’s indie rock trio, the Yeah Yeah Yeahs, in the early ’00s, and bands like Julian Kaufman’s The Booyah! Kids and Julia Julian as recently as 2019, Oberlin’s stellar reputation of unbounded creativity made its music scene seem nearly invincible. But, as students quarantined thousands of miles apart and returned to campus at different times during the pandemic, campus bands drifted apart and the once dynamic, exuberant musical culture began to dwindle.

This semester marks the first time the entire student body is on campus since March 2020, and the scene seems to be on the mend. Only a handful of bands play regularly, hoping to preserve a quintessential Oberlin institution: the house show.

When Dan Zanes, vocalist and guitarist for the Boston-based rock band The Del Fuegos and front man of Grammy-winning Dan Zanes and Friends, arrived at Oberlin in 1981, he was solely focused on music.

“I came to college to start a band,” he said. “I really wasn’t interested in higher education, as bad as that sounds. I was invested in meeting like-minded people that I could play music with.”

On the first day of his first and only year on campus, Zanes met his bandmate Tom Lloyd in the old Dascomb Dining Hall breakfast line. The pair was heavily involved in orchestrating the College’s music scene. They helped to book Muddy Waters for his famous performance at Finney Chapel — a concert where the Social Committee ironically passed on the then up-and- coming Irish rock band U2 — and performed weekly at campus houses and local bars.

“The best word to describe the scene back then would have to be kaleidoscopic,” Zanes said. “There were just so many people that were really dedicated not just to listening to music but to exploring and sharing. That’s really what made the impact. There were so many older students who recognized that we wanted to learn. They would invite us over to listen to 45s and play music. I learned more about music in my one year at Oberlin than any other period of my life.”

For many College musicians, the need to revitalize the scene is based in this desire to belong to an inclusive, campus-wide, flourishing music community. However, most of the bands currently active on campus are entirely comprised of fourth-years. College fourth-year Eamon McKeon is the lead guitarist of the beloved band Boxed Whine, one of the upperclassmen bands revitalizing the music community. Since the start of the COVID-19 pandemic, he has noticed a dramatic decrease in inter-grade musical collaboration.

“A lot of it has to do with how COVID and its adjacent health protocols basically put a grinding halt to meeting new people and getting together to play,” he wrote in an email to the Review. “Current second-years have had little to no time to seek out and engage in spaces that facilitate making music communally since socialization was so limited and littered with caution signs — and the same basically goes for third-years.”

According to McKeon, things would have been completely different for Boxed Whine had they not had their first year to write original songs and experiment with their set.

“If COVID had hit in 2019 instead of 2020, it’s very likely we wouldn’t have been able to get situated enough to be where we’re at now,” McKeon wrote. “We had laid down a lot of groundwork in that first year of playing that made it possible for us to keep sharing and working on stuff throughout the pandemic.”

Jane Hobson, College fourth-year, solo artist, and lead vocalist for Oberlin band Jane Hobson and the Hobgoblins, agreed. During her time away from campus, all of the students in her favorite campus bands graduated and the younger groups fell apart, leaving only a few bands to revitalize the scene.

“I just feel like I see the same three or four bands in rotation,” Hobson said. “There are some jazz bands here and there, [and] people from the Conservatory, but I don’t necessarily know those bands as well. Mostly, it just feels like my band, Boxed Whine, and Hotspur Johnny all the time. It just feels like it’s gotten smaller.”

When Zanes came to Oberlin, it was this sense of band comradery that defined his participation in the music scene; he was amazed at how welcoming older students were.

“There were juniors and seniors that took an interest in us and wanted to see us learn,” Zanes said. “That just made all the difference because if it had just been us hanging around with freshmen, our experience would have been radically different. It was the older folks passing on whatever they knew that made the difference. Those interactions were defined by a kind of open-mindedness; there was no snobbery at all.”

As a first-year, McKeon remembers seeing and interacting with upperclassmen in bands. While he’s noticed a sharp contrast this year in comparison to years past, he says that Oberlin music culture isn’t fundamentally different than it used to be.

“It’s so weird because I feel like the general attitude about music, both playing it and seeing it, hasn’t really changed — just our access to and time with it has,” McKeon wrote. “Hopefully some of the younger grades are now also able to find solid footing with making and playing music here with others, because I’d love for things to get back to the way they were pre-COVID by the time I graduate in June.”

Hobson feels that upperclassmen are always inherently at an advantage because they have houses to rehearse and perform in, larger networks of student musicians, and experience playing at and organizing shows on campus. As she thinks about how to reinvigorate the house show scene, she says it’s most important to make participation in the scene less daunting.

“I think there has always been some level of intimidation,” Hobson said. “That’s always been the Oberlin music scene. We have all these amazing musicians at the Conservatory but it also feels like every College student has some level of music proficiency. Especially as a girl, it can be intimidating. It’s a pretty male-dominated music scene and I always got nervous to join because I don’t play jazz. So then you keep asking yourself, ‘Where do I fit into this?’”

McKeon remembers feeling apprehensive, too, and anxious about finding a space for himself amidst all of the campus’ other talented musicians.

“I was super cautious about engaging with music here because of the existence of the Conservatory and didn’t know what kind of music scene existed here outside of it,” McKeon wrote. “During my accepted students day, I went to the spring 2018 Coverband Showcase, and seeing the myriad of non-Conservatory students putting together such a great set of performances genuinely had a massive impact on pushing me out of that overly-cautious, imposter-syndrome-y mindset. I think the existence of this scene makes it so much easier for students to feel like their desired musical exploits aren’t just wishful thinking or bound to be unrecognized.”

Especially as the gap between upperclassmen and underclassmen bands widens, Hobson and McKeon recognize the need to reinvent Oberlin’s music tradition. College fourth-year and bassist for Boxed Whine Tim Husemoller emphasizes the importance of preserving the College’s music scene.

“This tradition brings people from all over campus together and provides a really great outlet for both performers and audience members to appreciate the creative projects people are working on,” Husemoller said. “It’s about having fun. We will definitely be providing more house shows this year and would highly encourage newer students to form bands and perform! People with houses would probably be happy to host you and we would love to hear what you’ve got. Everyone benefits when students are able to play with new groups of people and hear new performers. It helps us all to improve and feel inspired.”