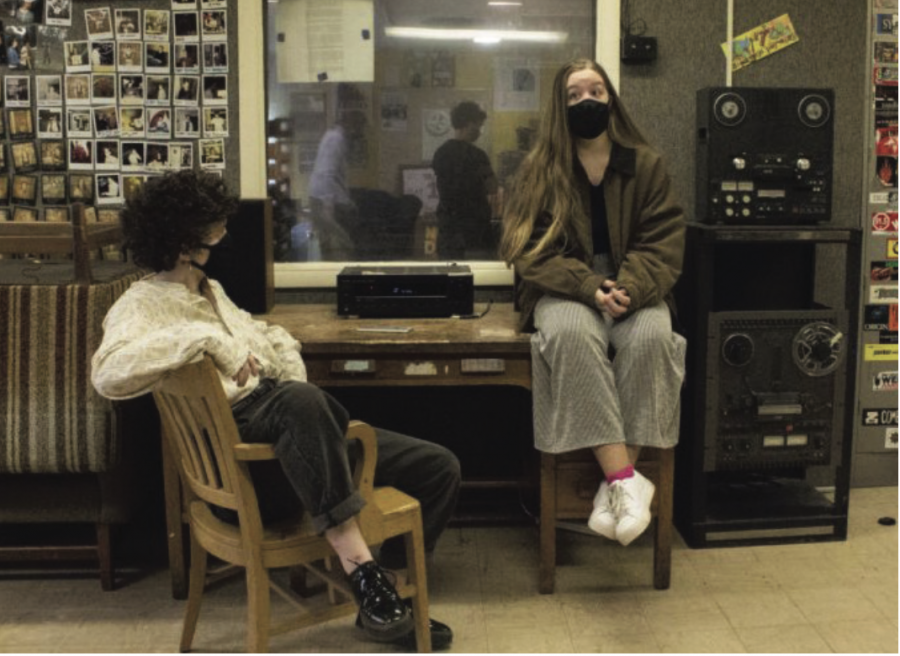 For just over 70 years, WOBC 91.5 FM has served as a platform for students and community members alike to share the music they love with local radio listeners. While students are generally limited to a four-year career, some community members have been hosting shows for decades.

Cleveland resident and longtime WOBC host John Pais has been working with the station since fall 1988. Pais returned to the station after a brief hiatus between 2004 and 2011 and has continued to host Hard Day on the Planet from 12–2 p.m. every Thursday since then.

“Back in 1988… [my co-host and Community member] John Katko and I started a show called Hard Day on the Planet,” Pais said. “We also think that it was one of the first true environmental radio programs that was out there… As time went on, I felt like one of the things that I really, truly wanted to do all along was to have my own music show. So about a year or so after that in 1989, we were still doing Hard Day on the Planet, but I put up an application to do a country-folk and bluegrass show, and I got approved to do that. And the name of that show was Hearts and Minds.”

While Pais’ first introduction to radio was through WOBC, the station has featured longtime radio journalists as well. Karen Schaefer, currently a freelance journalist, has been in the radio industry since 1979. Schaefer worked at a radio station in Indiana for nine years before moving to Oberlin in 1988, where she joined WOBC. In 1988 she joined WCPN Cleveland in a staff job.

“I was really missing a microphone; I’d done nine years in radio,” Schaefer said. “I used to take my still-nursing daughter with me to the radio station in Indiana, nurse her on the air while flipping records over, trying to make sure that the mic pot was down while she was making funny noises right under the microphone. I just realized that I could have a show again, and I thought, ‘I don’t even care what music I play; I just want to have a voice again.’”

For many, a passion for music drives their shows, but some hosts take this a step further by analyzing and talking about all of the context behind the songs they choose. Kendal at Oberlin residents Dennis and Judy Cook have hosted a show since January 2014, just five months after retiring and moving to town. Their show, Glad4Trad, airs every Wednesday at 3 p.m. and explores a variety of traditional music.

“What we do is Anglo and American traditional music and things in that tradition with a bit of mild erudition,” Dennis said. “So we talk about things that are in the songs or the history behind them. I mean, some of the songs go back to the 14th century.”

For Judy, the choice of genre is more than a passion — it’s something she has been involved with her whole life.

“I’ve always been a singer,” Judy said. “I didn’t think of it as folk songs; I just thought of it as singing. We were both active in the folklore society of greater Washington, which is where our home was before we moved here. I started professionally touring folk music — I got paid $25 once. It turned into a hobby that paid for itself. In 1998 is when I did my first tour in England and my first tour in the United States, and until 2020 I was touring every year in both countries.”

Despite all of the incredible energy and experience pouring in from the community, WOBC finds itself at an interesting point in its history, especially in light of COVID-19. According to Ryals, the station is receiving significantly fewer applications to host shows than when he first joined.

“When I first started, we used to turn away 30 to 40 applications per semester,” he said. “We filled out a 24/7 schedule like nothing, but in the last four or five years we’ve had trouble filling up a 24/7 schedule. So I don’t know why the decline is [happening]. I don’t know if there’s a lack of interest in radio now or if everybody’s listening to Spotify or iTunes on their own personal devices.”

With streaming and podcasts to contend with, finding ways to engage students with radio journalism is a difficult task. However, Schaefer offers an insight into what makes radio so different from other forms of journalism.

“Believe me, it takes four times as long to produce a radio story as it does to produce a print story,” Schaefer said. “But at the same time, it takes you to a place; it requires imagination; it requires listening and hearing; and it gives you the actual sound of human voices. Something that print journalism just can’t duplicate. So, obviously, I love radio.”

For a full schedule of WOBC shows and to listen live over the internet, visit wobc.org