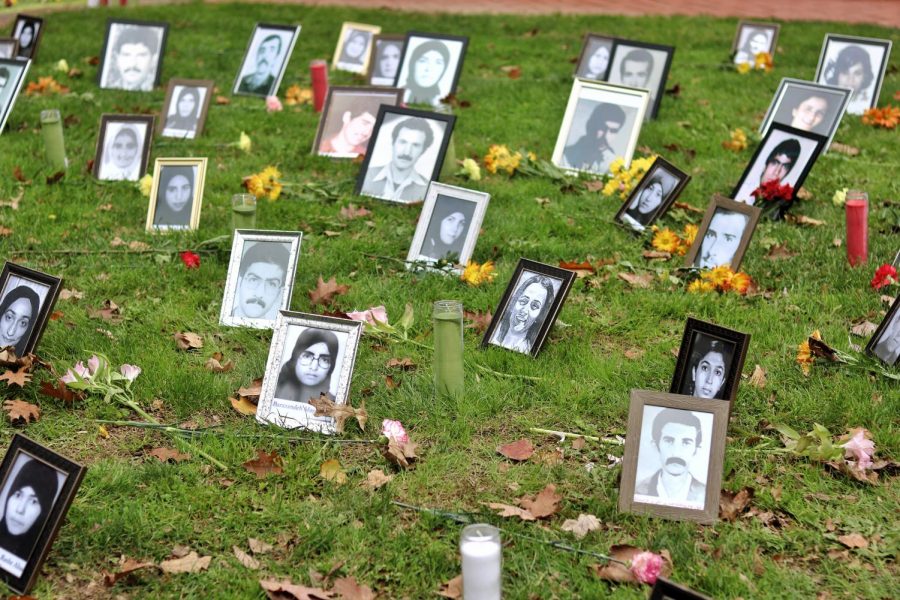 On Nov. 2, protesters set out portraits of their family and friends who were persecuted in the ongoing political killings in the Islamic Republic of Iran.

On Oct. 8, 2020, allegations brought against Professor of Religion and Nancy Schrom Dye Chair in Middle East and North African Studies Mohammad Jafar Mahallati claimed that he helped cover up mass killings of political dissidents in Iran in 1988. A year after the initial allegations, activists and family members of the victims came to campus this Tuesday to protest, demanding to know why the College’s internal investigation cleared him of any wrongdoing. In his time at Oberlin, Mahallati has been known for his work in peace and friendship studies, earning him the unofficial title, “Professor of Peace.”