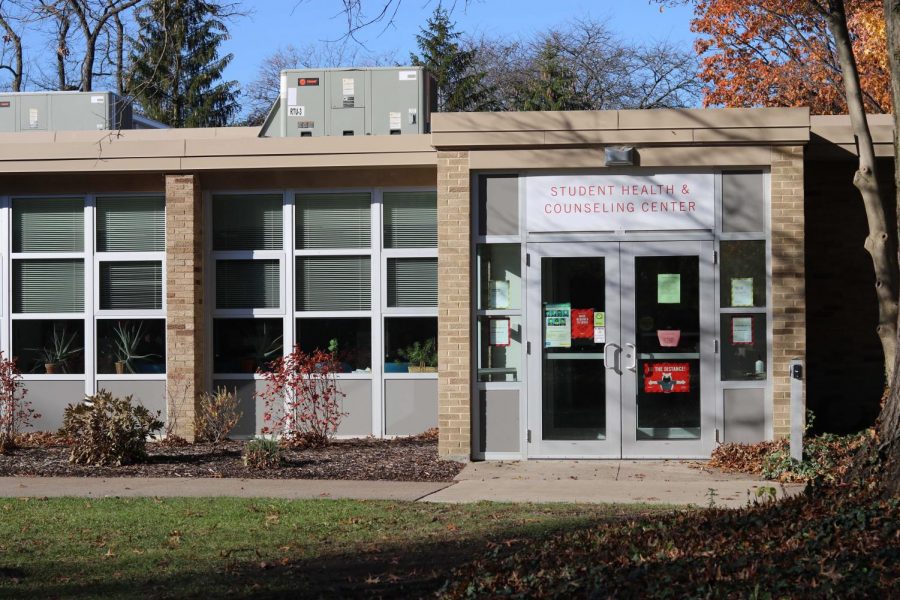 After a recent uptick in COVID-19 cases, students have experienced long wait times and delays when seeking a test at the Student Health Center.

In the last three weeks, 27 students have tested positive for COVID-19. This period has resulted in the highest weekly caseload since the pandemic began and has prompted changes to testing and concern from the student body.

Throughout last week, most Student Health appointments were fully booked so many students sought tests from off-campus testing locations. Many students who learned from their friends that someone in their friend group tested positive for the virus sought tests even though they had not been instructed to by the College’s contact tracers.

“They said that because I was symptomless, they were going to wait until contact tracing got to me to get me a PCR test,” Davis said. “They said that was probably going to be by next Monday … so I basically started self quarantining … I thought that it was possible that I had it, but I wasn’t super sure. I didn’t go to any classes on Thursday, and on Thursday morning I went to the hospital … I got tested for flu and COVID and they both came back positive.”

Davis expressed concern about how long it would have taken for contact tracers to get to his case and was also concerned that other students in a similar situation might not take the same level of precaution.

“When the first student tested positive and told their friends, there was a mass rush to Mercy Urgent Care, so much so that they called me and said, ‘We have all these Oberlin students,’” said Campus Health Coordinator Katie Gravens. “I hadn’t even gotten to contact [trace].”

In response to the increased testing demand, the College announced on Monday that it would expand testing to seven days a week at designated hours in Hales Gymnasium. This testing is by appointment only for those who were instructed by a contact tracer to receive a test, or for students who are symptomatic.

However, some students feel that the expansion does not go far enough and wish that Oberlin continued asymptomatic testing protocols similar to last year’s. Several of Oberlin’s peer institutions such as Grinnell College and Kenyon College offer asymptomatic or walk-in testing, and Swarthmore College requires its students, even those who are fully vaccinated, to get tested every two weeks. According to Oct. 15 guidance from Centers for Disease Control and Prevention, however, there is no need to regularly test vaccinated individuals.

Gravens also points out that there is a cost to asymptomatic testing. While Oberlin received nearly $2 million in the spring from the American Rescue Plan Act of 2021 to respond to COVID-19, Gravens states that there are other non-monetary factors that make it hard for her office to justify such a program.

“You’re using, for instance, Hales Gym — I cannot tell you how many people were bugging me, ‘When can we get Hales Gym back?’” Gravens said. “So it impacts people’s lives. The other thing is there are a lot of people who don’t show up, then you’re chasing them.”

The recent spate of cases has also prompted some concerns from students living with COVID-19-positive people. While it is not mandatory, students sharing a room with someone who has COVID-19 are eligible to move to The Hotel at Oberlin while their roommate isolates. However, the sudden uptick in cases last week caused some difficulties for students looking to relocate.

College fourth-year William Knowles-Kellett’s roommate tested positive on Oct. 31. Before entering the Hotel, students need to have a negative COVID-19 test, which Knowles-Kellett was unable to obtain because it was a Sunday and Student Health was not offering testing on the weekend. While Campus Safety recommended he stay in his room with his sick roommate that night, Knowles-Kellett instead moved his mattress into an empty common space in his dorm building.

After Monday, Knowles-Kellett’s test was expedited and then he was moved into the Hotel.

“It was pretty smooth,” Knowles-Kellett said. “The option I went with was, to me, a very adventurous and thrilling option of sleeping somewhere that I sought out for myself, but realistically, I could have taken a sleeping bag and slept in a friend’s room.”

Gravens says that, while there might have been a few hiccups like Knowles-Kellett’s situation at the onset of the increase in cases, most of the kinks have now been worked out.

“Every time you start something new — this was a new policy this year — it always takes a while to work out things,” Gravens said. “So the first few people that it happens with, I think you should expect it might not go 100 percent smoothly, but I think now we have it down.”

However, other students are more frustrated with the College’s isolation policy, especially people who share a space with a COVID-19-positive housemate but are not eligible to move into the Hotel because they do not share the same sleeping space.

“[Our response has been] like, ‘Sorry, you don’t meet the criteria,’” Gravens said. “And we’re not changing the criteria ’cause we only have a limited number of beds, and we want to keep them for those people who really need them.”

However, some students have concerns that staying in a house or apartment with a sick roommate could leave them vulnerable to infection. College fourth-year Abby Kantt says that her ineligibility to move after her housemate tested positive affected her mental health.

“I asked them if I could stay in the Hotel because I didn’t want to go back to my apartment,” Kantt said. “At first, [Student Health] said no, because we don’t sleep in the same space. And then this whole thing triggered an … anxiety attack for me. So I was like, ‘Well like, my mental health is going to suffer if I have to go back.’”

Kantt feels that the current policies surrounding COVID-19 are not aligned with the level of caution and care that Student Health cultivated during the last academic year. She sees issues with both the administration’s creation and enforcement of COVID-19 rules, as well as students’ lack of compliance with safety measures such as the mask mandate.

“Last year I felt really safe being here,” Kantt said. “People wore their masks. People followed all the protocols, and the administration was doing more than the recommendations. But since this summer, I feel like they were really quick to open things back up and are very resistant to closing things back down, and there’s been a lot of mixed messages about masks and stuff, and I feel like they don’t like enforcing it as much.”

While the administration is aware that some students feel this way, Gravens is trying to emphasize to the community that the nature of the pandemic has changed. No one in their twenties has been hospitalized in Lorain throughout the entirety of the pandemic, and with widespread vaccinations, Gravens hopes students will begin to view COVID-19 as more routine.

“Just like we’ll never eliminate flu or any other virus, it’s here to stay,” Gravens said. “But we don’t stop living because of the flu, so we have to help people reach that point. Now the [Lorain County] Health Department said they already consider it endemic. It hasn’t been officially termed as endemic as opposed to pandemic, but they said, ‘We feel we’re already in an endemic state because of the vaccination rates and the rates of infection.’”