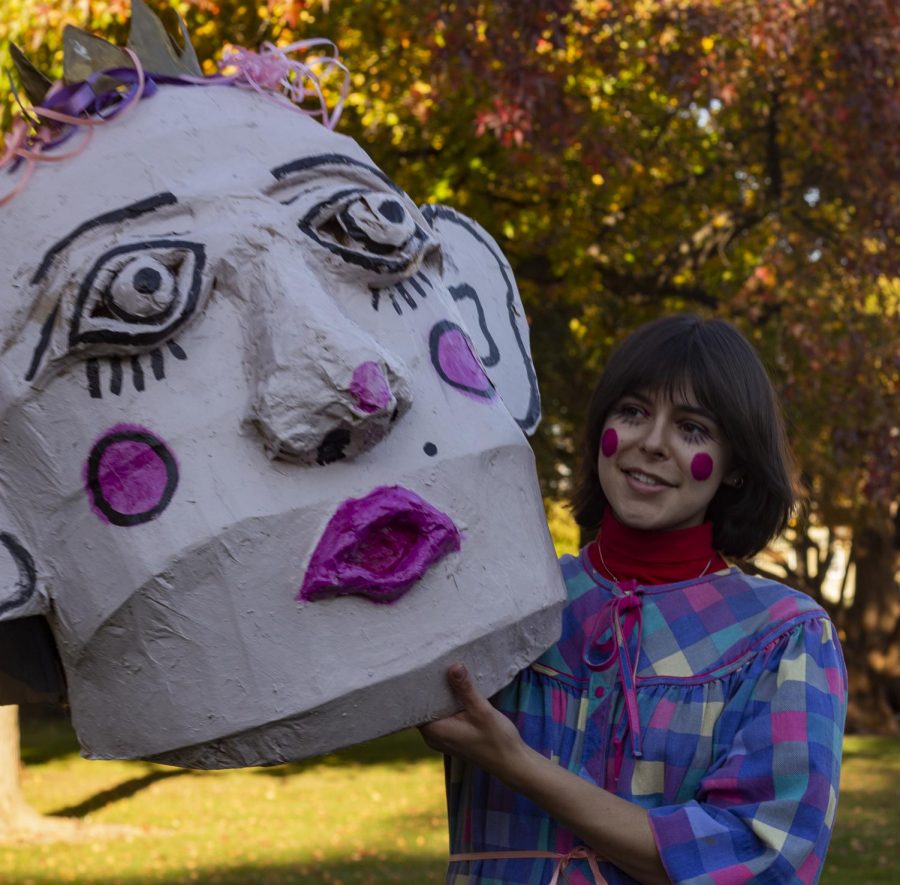 This past weekend, Big Parade celebrated its 20th anniversary. With the absence of last year’s parade due to COVID-19, along with the coincidental timing of this year’s Parents and Family Weekend, the event was a welcome opportunity for students and community members alike to come together and celebrate Oberlin in their favorite way.

While the main parade typically takes place in May, event coordinators and College third-years Audrey Burkey and Mayu Evans described the event as a birthday party for Big Parade. The full-sized parade will still be held in the spring, though the gathering last Saturday served as a chance to remind the community of the parade’s impact and introduce first- and second-years to the opportunity to be involved with the planning of it.

Burkey explained that a highlight of the event was watching her hard work come to fruition.

“I was a freshman when I joined, so I didn’t get to see it through for the whole year because we got sent home,” Burkey said. “This was the first event I put on with the group, so it was really nice to see the work actualized that afternoon.”

School spirit, town camaraderie, and support for student organizations were at their peak during the parade. A small procession glided through the northeastern corner of Tappan Square, surrounded by students, visiting parents, and local community members; with free cupcakes parade merchandise, and pottery made by members of the Oberlin Pottery Co-op sold at the bandstand. Evans underscored the communal aspect of the parade.

“[Big Parade] is one of the few clubs on campus that really makes an effort to kind of connect different parts of the town,” Evans said. “The high school, middle school, and people who work in stores around town all know about it, and they like to participate.”

Spreading the word about the fun of it all was the main goal of last weekend’s tribute, along with encouraging first- and second-years to get involved and familiarize themselves with the event.

“It’s a really exciting way to engage, artistically,” Evans said. “It seems to be pretty boundless and lawless. Who’s going to get together and have a theme and come up with these really grand floats? Even though it was a smaller thing, just the fact that some people came, learned about the parade, and had a great time being silly and dressing up in crazy things, was great.”

The parade, above all, serves as an annual reminder of the love the College and City share for the Oberlin community while allowing students to become more familiar with the town beyond the campus’ walls.