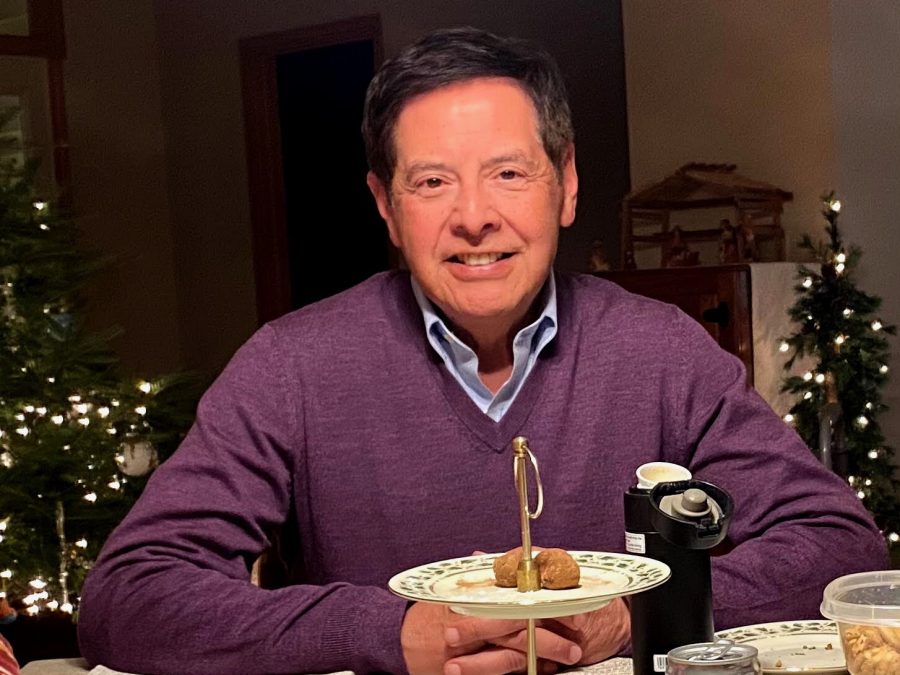 David Arredondo is the executive chairman of the Lorain County Republican Party, and in September he was elected as the committeeperson for Senate District 13 in Columbus. He is a lifelong resident of Lorain and has served as vice chairman of the Republican Party as well as chairman of the Lorain Area Republican Central Committee. From 1988 to 2000, he worked in the Oberlin College Admissions Office in various leadership roles. He has also been elected a national convention delegate or alternate three times: Donald Trump, 2020; George Bush, 2004; and Democrat George McGovern, 1972. The Review sat down with  Arredondo to discuss his journey from the Democratic Party of the 1970s to the Republican Party of today.

Can you talk about how your identity was shaped during your earlier years?

I was born in 1950. My dad was a steel worker and an immigrant who left Mexico. My identity was certainly shaped by my Catholic religion and my dad’s socioeconomic status as a blue-collar worker. I went to Catholic school with people who were Hungarian, Polish, Italian, and so forth. It made a difference in my identity. I very much value other cultures, other languages. It gave me an international perspective from day one.

How did your work at Oberlin College, which began in the 1980s, impact your political ideology?

In 1988, I applied for a job here at Oberlin. I got hired in the Admissions Office, and I think part of my hiring was because I was Hispanic, and Oberlin didn’t have any on their staff, so they wanted to be diverse and all the good stuff. That is when I started seeing Oberlin is not Lorain. We have Democrats in Lorain, but you have left-wingers here at Oberlin. And by no means was there any comparison with today’s Oberlin to the Oberlin of 1988. I got exposed to political correctness, people who claim to be victims. I don’t relate to that because I was never a victim or discriminated against. Oberlin pushed me further to the right. Oberlin was also the place where I finally had the balls to go to the polls and say, “I want a Republican ballot,” in the 1990s.

The funny thing, though, is here in Oberlin we started to identify people who were conservatives. Back in the day, if you were gay, you would’ve “come out.” It was the so-called, “coming out of the closet.” Well, here at Oberlin, as Republicans, we were in the closet.

You have had quite the political evolution over the decades. Could you describe your initial involvement in politics and your experience with the McGovern campaign in 1972?

I grew up interested in politics. In 1965, as a teenager, I had my first experience knocking on doors for the Lorain City mayoral campaign. My friend’s father was running for mayor of Lorain.

In my senior year of college at Miami University of Ohio in 1972, my advisor, who was my political science professor, asked me, “How’d you like to be a convention delegate? You’re a student, and you’re a Mexican.” On our convention ticket, we also had a Black woman and another woman. There were six of us.

And, son of a gun, we carried our congressional district and McGovern won the nomination. And in 1972, I went to the Democratic convention in Miami Beach. It was one hell of an experience.

I understand that later in the 1970s, your political beliefs began to change. Could you describe some of the converging sociopolitical factors that sparked your transformation?

In the late 1970s, when I was working in a program for high school dropouts, a light bulb finally came on, and I realized the Republican values are the ones that I was born and raised with in the ’50s. This program I worked on came out of the Great Society, where they were giving money out to people for training and other types of things. I looked at all of this and said, “No that’s not right.”

By 1979, the U.S. was in a state almost like this past year. In the aftermath of the Vietnam War, you were seeing high inf lation. It was also shameful to lose Vietnam. It really affected the national psyche. Carter was letting Third World countries push us around. They took the embassy in Iraq. I was pissed. I like to say the last Democrat I voted for was George McGovern in 1972.

Also, in 1979, this guy, a Mexican-American businessman came along — Ben Fernandez. He had humble beginnings, born in a railway boxcar like Lincoln was born in a log cabin — son of Mexican immigrants. He rose to become an investment banker or something like that, and he made millions.

Ben Fernandez ran against Reagan in the 1980 Republican primary. He turned out to be a hell of a candidate — he was a great speaker and the women loved him. I knew him personally. He even came to Lorain, and my friend got all the Hispanic police officers to act as security — I can still see it to this day.

What specifically about Fernandez’ platform resonated with you?

When I looked at myself with people like Ben Fernandez — his platform was before Trump — he was talking about America first. “We are America. These are our values. We believe in our family.” And he was preaching to Hispanics. He says that Hispanics are more like Republicans because we value our religion. We value our family. We value our country. We love these things.

I still would like to believe if we stop the divisiveness, name-calling, the demonization of people — that they’re racist or sexist or homophobes — we stop there being so much division. Because at that point, when we say those things, we’ve cut everything off.