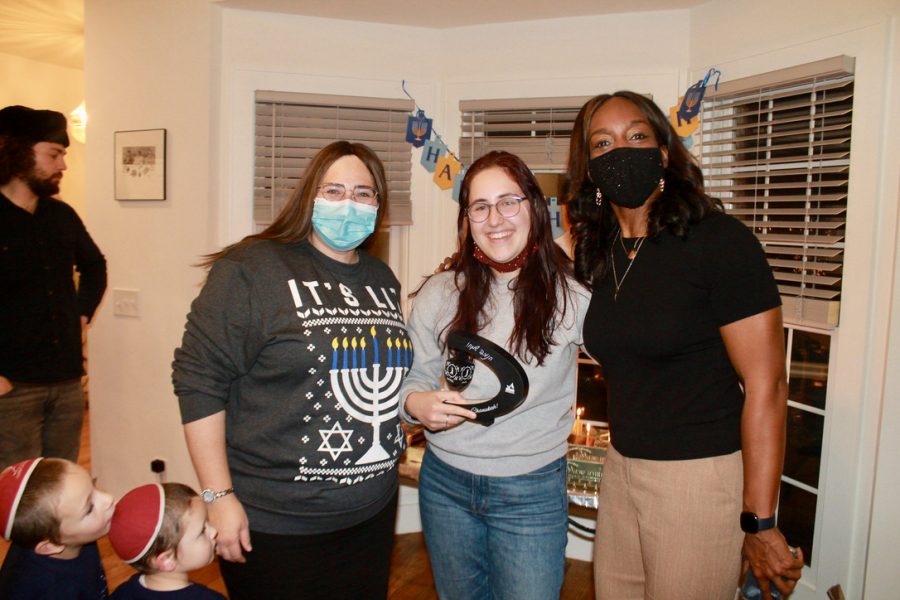 This semester marks a rare alignment; all eight nights of Hanukkah will occur while school is in session. On Nov. 28, Chabad at Oberlin Co-Di- rector Rabbi Shlomo Elkan decided to kick off the holiday with something new: a March-Madness-style dreidel tournament. Around 75 students participated in the event, and President Carmen Twillie Ambar made an appearance as guest referee.

“Since President Ambar has been here, we’ve always celebrated the first night of Hanukkah together or with Chabad student group,” Rabbi Shlomo said. “It was a great turnout. I think it was perfect timing. … We’ve been doing events every night for our Hanukkah, but that kicked us off in a really beautiful way.”

While the event was all in good fun, the tournament inevitably got competitive. College second-year Ruby Kopel entered the event with modest prospects and left the victorious underdog.

“I was pretty sure I was gonna lose in the first round,” Kopel said. “I just didn’t really think I would go anywhere. I just decided to do it ’cause I was like, ‘I’m here,’ but I didn’t think I was going to win. I had no major plans to win. It just happened.”

Looking forward, Rabbi Shlomo has a slew of Hanukkah activities planned to round out the holiday. Rabbi Shlomo and Devorah Elkan have been serving the Jewish community as co-directors of Chabad at Oberlin for 11 years, and created the tournament with the hopes of offering the Oberlin Jewish community a chance to celebrate Hanukkah and enjoy a night of fried food, fire dancing, and fun.

In the nights following the dreidel tournament, Chabad at Oberlin served homemade kosher Frosties and french fries; hosted a Hanukkah ‘around the world’ celebration with different Hanukkah treats from Morocco, Yemen, and France; brought people together to make their own donuts; and built lego dreidels. On Friday night, the community will have a typical Hanukkah celebration.

“Saturday night is Havdalah, which marks the end of our Sabbath,” Rabbi Shlomo said. “And then Sunday is our big main event, which is on Tappan Square. It’s called ‘Torches on Tappan,’ where we illuminate a large, nine-foot menorah. That’s being lit by the new Dean of Students and eight faculty members — each one lighting a candle. And then we have a fire juggler and latkes and donuts and a really good time.”