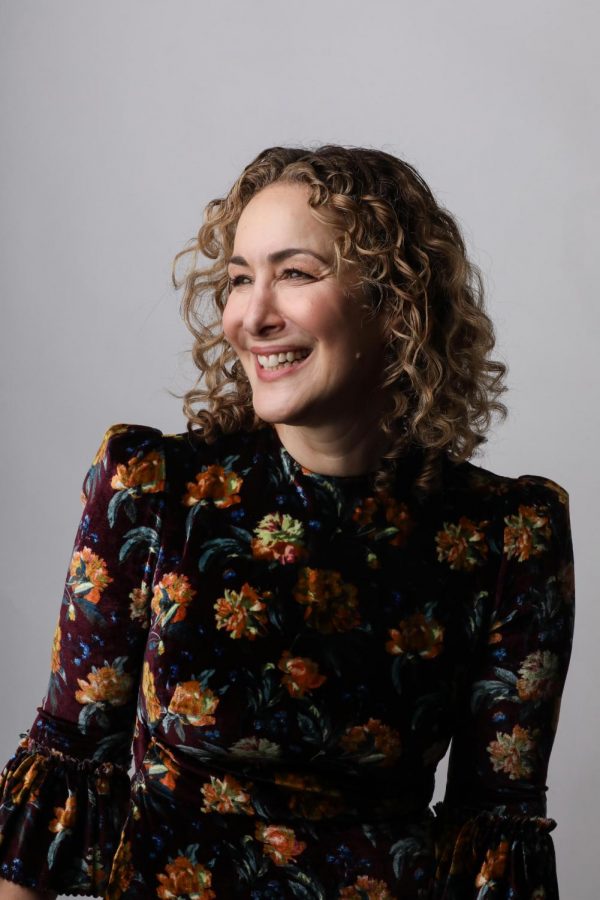 Joanna Rakoff, OC ’94, is the author of best- selling memoir My Salinger Year and novel A Fortunate Age, winner of the Goldberg Prize for Fiction, the ELLE Readers’ Prize, and a San Francisco Chronicle Bestseller. Rakoff began her writing career as a jour- nalist, and has written frequently for The New York Times, Vogue, Marie Claire, O: The Oprah Magazine, and many other publications. My Salinger Year was adapted into a film that was released March 5, 2021 in North America.

How did your relationship to writing develop before and during your time at Oberlin?

I come from a family in which no one is a writer. My parents were first-generation Americans, and though they were very intellectual, arts-oriented people, they considered the idea of being an artist — of any sort — a nightmare. As a very young child, I wanted to be a writer, but I couldn’t even articulate that desire or ambition because it didn’t seem possible to me. At Oberlin, it began to seem possible to me, partly because I made friends who were from a very different milieu — who grew up in households where it was normal to work in some avenue of the arts or in publishing or media. I started to realize, “Oh wait, this is something that a real person could do.” It took me a while to have the courage to actually do it, but that kernel entered my consciousness at Oberlin.

Then there’s the academic component. I took one Creative Writing class while I was here — really only one. I was an English major. At the time, I kind of thought that Creative Writing classes were too lightweight for me; I thought of myself as a serious English major and scholar. I was interested in reading very difficult books and writing very politically-oriented, analytical papers. I felt like if I wanted to write a short story, I could write a short story, but I didn’t need to take a class to do it. I realize how silly this sounds now, but that was really how I felt.

After Oberlin, you went to graduate school and then decided to leave in order to pursue poetry writing in New York. What inspired this radical shift?

While I was at Oberlin, I was part of the department’s honors program. The program was designed to prepare students for doctoral work, which I planned to do, as it seemed like a safe way to be a writer to me. The truth is that my advisor and my mentor — David Walker and David Young — both said to me, “Don’t go into academia.” They kept suggesting that I go work at a magazine. All these years later it’s so obvious that they were saying to me, “Academia isn’t for you; you’re not someone who would do well toiling in an obscure field. You’re an extroverted person. You write really well in layperson language.” I think that they knew that I was going to suck at being an academic, basically.

I didn’t listen to them, of course, and I enrolled in a literature master’s program at University College London. I had gone on the Oberlin-in-London program and I chose this master’s program largely because I wanted to move back to London. While I was in the program, I began to realize that I didn’t want to write academic papers. I don’t want to say it wasn’t fun, because writing a novel is not necessarily fun either, but it just wasn’t interesting to me. I was writing short stories and poetry, and I realized that I wanted to write my own work rather than analyze other writers’ work.

One thing I don’t talk about in My Salinger Year is that I transferred to a doctoral program in New York. While I was working at that agency, I was taking classes at night. I had a full fellowship and the program was wonderful and the professors were hugely supportive, but I hated it. It just wasn’t right for me. I wanted to be part of the cultural conversation, and in academica there are the few people who are, but most are not.

I didn’t want to be in the trenches writing papers that no one was ever going to read. I wanted to write things that were relevant to people’s lives. After two semesters, I dropped out and enrolled in Columbia’s M.F.A. writing program. While I was there, I had two professors who were at The New Yorker and they both independently said to me, “You should write for magazines.” Coincidentally, at the same time, one of my best friends from Oberlin began working at The Atlantic and he also said, “You should write for us.” I thought, “All these people are telling me to do this; I should do it.” So while I was at Columbia, I started writing for magazines. And I loved it.

Once you started doing journalism, did it give you that sense of having your finger on the cultural pulse that you lacked in academia?

Yes, it really, really did. I did a whole bunch of different things in the journalistic realm. There was a period where I was a stringer for a section of The New York Times, and I wrote about all different things. One time, I wrote about a crime wave in which women were being mugged and how it tied into the popularity of Sex and the City, I wrote about the way women’s lives were effected by September 11, and lots of other subjects. I edited an arts and culture tablet for a while. I wrote hundreds of book reviews for anyone that would let me. I wrote pieces on postpartum depression and suchlike for women’s magazines. I loved doing interviews. I really loved writing profiles. I loved shaping stories, and figuring out the difference between an idea and a story was really fun for me. I would have an idea and I would think, “What is the story there? How do I make this into an actual story?” All of that really, really helped me when I actually got the courage to write a novel.

On the topic of writing your memoir My Salinger Year, in an interview with The Guardian you mention the painful nature of revisiting that time in your life. How long did it take you to access that framework of memory and piece together the narrative?

My third book is due very soon. I’m very behind on it because of the pandemic, and because of this film coming out and the constant publicity, this is on my mind, too. It can be very difficult to allow yourself to sink into a work when you know that the subject is going to be kind of painful. My Salinger Year came out of a long essay I published in 2002 about answering Salinger’s fan mail, which got some attention and I began receiving calls from editors and agents asking me to expand it into a book. I said no to all of them, but over the years this idea of turning the essay into a memoir kept popping up: I would meet an editor at a party and he would say, “Oh! I read your Salinger essay. Have you ever thought about turning it into a book?” But I kept saying no. I just didn’t feel like there was enough story there. In 2010, after Salinger died, I wrote another essay for Slate, which the BBC asked me to turn into a radio documentary. When the documentary aired, editors started asking, again, and this time I said yes. Putting together the documentary led me to see that the story was larger than I’d originally thought. But after I signed the contract with my publisher, I became terrified that I’d made a terrible mistake. I then basically spent a year putting off writing it and doing research as a way of procrastinating.

Now, I see that I needed that research year to gather the courage to face the past and also to figure out, as I was saying about magazine articles, “What is the actual story here?” When I actually sat down and wrote the book, it came together very quickly.

It was a very different experience than writing my novel A Fortunate Age, on which I worked for six years. That novel came out of my thinking about the ways in which nothing had changed in like 50 or 60 years for women, and I wanted to write a novel that addressed that, but not in a pedantic sort of way. So I spent a whole year thinking, “Who are my characters? What are their life situations?” Literally just thinking — I didn’t even write anything down. Then I spent a full year writing the first hundred pages. I’m a person who needs a lot of time to think things through; the internal process takes longer than the writing.