In the Locker Room with Women’s Basketball Star Gina Lombard 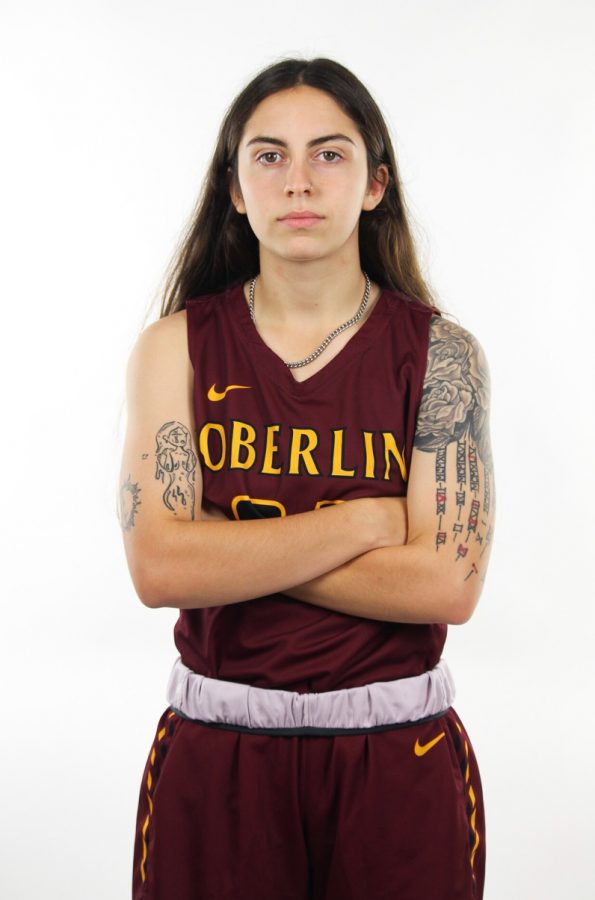 Second-year women’s basketball player Gina Lombard currently leads the team in points, an especially notable accomplishment considering this is her first collegiate season. Lombard, a Massachusetts native, is one of the starting five players and has contributed greatly to the team’s successes this year. The team is currently tied for first place in conference standings with a 8–0 record. Gina plays a crucial role in the program’s record-breaking year.

How has the season been going so far? You currently lead the team in points; how does that feel?

So far, the season has been going really well. We’ve been really successful, and we’re all just excited to keep building on what we’re doing every day. As for leading the team in points, it definitely is a nice feeling to see all the work I put in pay off, but it’s more important to me that we continue to win and that I play the role my team needs me to each game in order to continue to be successful.

You’ve started every game this season. Were you expecting to be playing this much in your first collegiate season?

I didn’t really know what to expect when it came to playing time. It was important to me when choosing a school in the recruiting process that I went somewhere I could make an immediate impact. I knew I would be playing a lot of minutes considering we’re a really young team and most of our players are underclassmen, but I didn’t necessarily expect to be playing as much as I am.

What do you consider the team’s successes to be so far, and what do you attribute them to?

Our team has been doing a lot of really great things this season, but I think the biggest thing that we do each and every day is push each other to be our best. We came into the season with a chip on our shoulders knowing we had a lot to prove, and we haven’t lost that edge. Our team is really close, and we make a constant effort to improve our team dynamic and make each other the best people, teammates, and basketball players that we can be. I’d also attribute a lot of our success to our coaches. They’ve prepared us extremely well for the season both mentally and physically, and it’s really exciting to see it pay off for both us and them because they work just as hard as we do.

What made you choose Oberlin? How has your experience been at the College so far?

I chose Oberlin because I wanted a great school where I’d be able to continue my academic career but also still get to play basketball at a high level. Throughout the recruiting process, the coaches here made me feel like I was part of a family, and the second I got on campus for my visit, the team felt like my best friends. Oberlin just seemed like a perfect fit for what I was looking for, and my experience has lived up to my expectations.

How long have you been playing basketball? What made you get into the sport and decide you want to play in college?

I’ve been playing basketball since I was six years old. I first got into the sport when I would go to the Boys and Girls Club growing up, and then I joined a basketball league. My first basketball coach made me fall in love with the sport, and ever since then, it’s been a huge part of my life. I’ve wanted to play in college since I found out that was even an option, and I’m so grateful that I get the opportunity to live out that dream now.

How have you found balancing school and season? With no season last year and in-person classes this year, has the transition been hard?

Balancing school and the season has been challenging at times. Some weeks are worse than others depending on the time of the semester, but honestly, having a commitment every day makes me use my free time better. Having online classes and no season last year definitely gave me more free time, but that just made it easier to procrastinate, so I’ve kind of liked the structure this year. The transition from no season to being in season has been a bit hard with constantly being busy and feeling like I have a hundred things going on at a time, but being able to play basketball and have fun with my team to relieve some of that stress makes it a lot easier.

What’s your major? Are there things on campus other than athletics that you are involved in or what to get involved in?

I’m a Neuroscience major. I haven’t been involved in a lot of things outside of basketball and school, but after the season and with more free time, I’ve made it a goal to find a club or a group on campus that I want to join.