Former Professor Karl Offen on His Departure from Oberlin 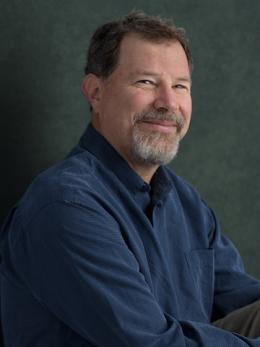 What originally brought you to Oberlin and what has your time here been like?

When Chie got the offer at Oberlin, and then they made me an offer, I was kind of surprised, to be honest. An older white guy — it doesn’t matter how good I was — they wanted her, not me, and smaller schools don’t usually have the resources to accommodate a spouse. But I came in half time. I didn’t mind that at first. I felt like I was winding down my interest in teaching, and it gave me more time to do research. It was a good way to make a transition from a Geography program to Environmental Studies. I thought I would have more of a role in the Latin American Studies department, but that didn’t really work out as I imagined. I mean, I taught one Latin America-oriented class every two years.

When my older daughter wanted to come here, she got a 25 percent John Oberlin scholarship — because Chie is the stepmom, her full time position didn’t give my daughter the faculty tuition scholarship. Long story short, it made sense for me to try to go on three-quarter time so that my daughter could get 100 percent tuition covered. We had to jump through some hoops for the program to accept that I would go three-quarter time and Chie would be moved down to three-quarter time. This was allowed on the condition that I teach ENVS 101 every semester in lieu of Chie having to do that in addition to ENVS 201. This was fall 2016.

You two are both such core parts of the Environmental Studies Department. Did the department ever suggest moving you all to full time or did either of you seek a full time position after you both moved to three-quarter positions?

A year or two later, we applied to go up to full time through the ENVS program, but Dean of the College of Arts and Sciences David Kamitsuka made us and the program go through a position request.

Rather than Kamitsuka just saying, “Yeah, you guys have proven your worth. You can both go full time,” which is like finding an additional quarter salary each, he said, “Well, just make a position request like everyone else.” After the college faculty committee ranked all the position requests that year, we were basically told, “Forget about it.”

The College administration basically forced us to go through a position request when they (and we) knew it wouldn’t go anywhere. This was at a time when positions were really hard to come by. It was the beginning of the austerity program. When President Carmen Twillie Ambar started, they were in a lockdown. Everything was being reviewed twice to try to keep costs down. The only time they were approving position requests was when it was absolutely necessary, especially for “high profile” programs like Chemistry or Computer Science.

So anyway, Chie started applying to other schools when it was clear that we could never become full time here. She had two offers this past year. With Syracuse, it’s just been phenomenal. They were interested in me. They knew me. I knew them. They’re good people. They do good stuff. They’re giving us things that we wanted — we’re making more money there, and the health and retirement benefits are better too.

Oberlin recently moved to a Consumer Driven Healthcare Plan which has been criticized by faculty who say it will increase the cost of healthcare. How much of a role did Oberlin’s shift in healthcare play?

I wouldn’t say it was big. The negative faculty voices about the healthcare plan — they’re right in several respects, which is that the College is throwing some faculty under the bus. And understanding that inequality is key, because the high deductible plan is good for young, healthy people. But for people with chronic problems or children with asthma or recurring expenses, they’re gonna have to pay more, with inflation going up and salaries mostly frozen. Basically, it’s a pay cut; how else is the college saving two million dollars then by pushing health costs onto the faculty? I think it’s true that if we’re the only so-called Sweet-16 school that doesn’t offer an alternative to the high deductible plan, that says something about the College’s priorities.

Anyway, to put this in a broader context, there were push and pull factors in our decision to leave. I think for me, I was content to stay, but once Syracuse began interacting with me and I began interacting with them, that was kind of a pull factor. Just their interest in having me was exciting — they wanted me for what I did as a scholar. And I’d say here at Oberlin, what I did as a scholar was totally insignificant. In that sense, Oberlin was always a difficult fit for me. So the first thing David Kamitsuka said to retain Chie — this was when she got the first outside offer — was: “Well, of course you and Karl can go full time. No problem.”

Isn’t that almost more of a slap in the face?

It is. I was like, “Well, wait a minute. Why couldn’t you have done that before?”

Something you need to know as a student is that, to get what you want as a faculty member, you have to get an outside offer. That’s the language. Instead, we were told to go through the proper channels to make something happen. But the minute you get the outside offer, money that wasn’t there materializes. Their retention offer was too little too late, I thought.

That said, I was comfortable here. We have a young daughter who’s in school — she likes it. She has good friends. We have good friends. On the one hand, it’s gonna be tough to leave, but on the other hand, I’ve been somewhat disappointed in my role at the college; I could have contributed differently and in a more impactful way.

Is there anything you’re particularly looking forward to about Syracuse, whether that’s living there or working there?

What I’ll miss about Oberlin is the students. The ones I have connections with are important to me. But I won’t miss teaching ENVS 101. I won’t miss some of the shenanigans that go on in terms of administration politics. I mean, I was chair until June 30 last year. That seems like a lifetime ago, but it was just six months ago. I think it’s a very weird transition for me to go from being a chair, being in on all kinds of minutiae of everyday life and then nothing, radio silence. I know the choice to leave was mine, but no one’s really said anything one way or the other. There’s a lot of things I won’t miss. I definitely won’t miss being chair for sure. It’s a tough position and I internalize things too much.

There’s a lot of pull factors as well, a lot of things I’m looking forward to. The chair at Syracuse has been very helpful in making things work smoothly. I was asked to design four different courses that I’m gonna teach next year, two in the fall and two in the spring. That sort of pedagogical freedom was just not possible here, especially with the commitment to teach ENVS 101 every semester. On the one hand that’s scary. New courses are a lot of work.

There’s gonna be a lot more support for my research institutionally, and I’ll have access to a better library. There are things that R1 universities can afford that a liberal arts school cannot; that’s not unique to Oberlin. There’s a lot of databases that they have that we don’t have. Oberlin wasn’t bad. I love the librarians here. They always tried to help me. But in the end, there was always a kind of limitation on what they could do.

Syracuse has had a long tradition of having Latin American geographers. There’s another guy there who does more contemporary stuff in South America. We really complement each other well because I’m more historical Central America and Caribbean. He’s a good guy. I know him. So that’s a real draw.

My two times [visiting] Syracuse have been positive. Last time I was there, it was ugly just like most places in the North are without snow in the winter. It’s a rust belt town, but the landscape around it is nice. There’s things I’ll miss from here and things I won’t. I’m not naive enough to think there won’t be some things that I won’t enjoy at Syracuse, but I don’t need to know what they are yet; I’ll just wait till they come about. But I’m going in with positive hopes and expectations, and I think it’ll be good for our daughter Kaya.