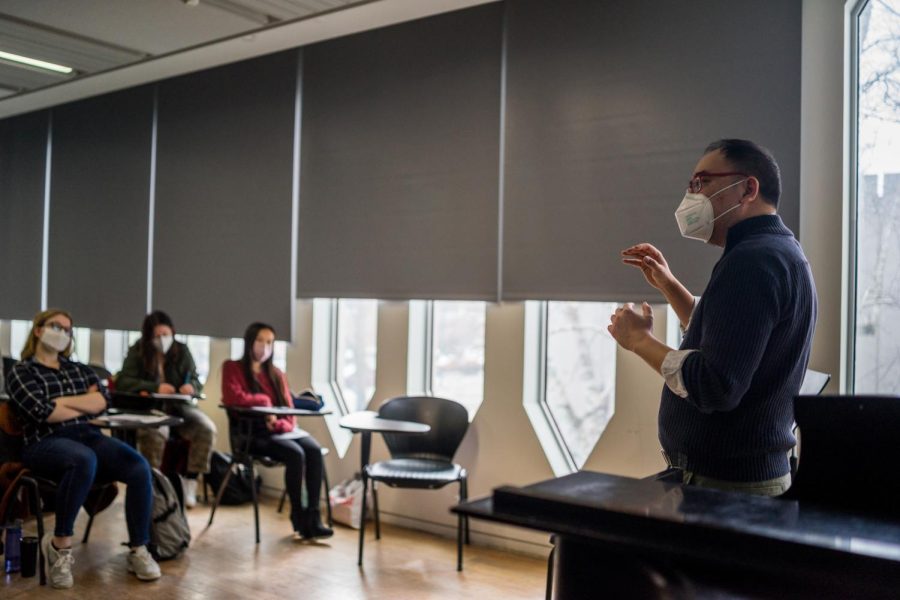 The Conservatory is restructuring the way that music theory is taught as part of its multi-layered and multi-year project to de-emphasize Western music as the sole theoretical canon. Beginning in fall 2021, four required semesters of Music Theory (I-IV) were distilled into two introductory first-year courses (I-II). An array of 200-level elective classes replaced Music Theory III and IV in addition to the 300-level requirements expected of most Conservatory music majors.

The Conservatory has previously incorporated non-traditional music in the classroom; however, these changes set Oberlin apart in efforts to reform music theory curricula across the country.

Music Theory course selections now include classes dedicated specifically to topics like music by women composers. The general curriculum also prioritizes topics like rhythm and meter rather than a chord-by-chord approach, which makes it easier for students to talk about a wide range of music forms in the classroom.

The modifications to the curriculum help fulfill an expansion toward historically marginalized musical fields, a goal articulated in the Conservatory’s Racial Equity & Diversity Action Plan released in September 2020.

Miyake noted that among the host of curricular changes occurring in the Conservatory recently, restructuring the Music Theory curriculum has been the most impactful change for students.

“European art music still maintains a large role in the sense that that’s … what many of the students play, and that’s what they’re hoping to pursue in their career,” Pau said. “I think our point here is to create a context around it — to make people whose activities are not in that repertoire feel less excluded, less like, ‘This has nothing to do with me.’”

Fifth-year double-degree student Melinda Wisdom reflected on the potential impact of these changes on Conservatory students as a whole, and how she wished she had the chance to experience those changes in the classroom to help broaden her artistic palette.

“I did find a lot of the classical era of music exciting to learn about, but I think it would’ve been more exciting to study the curriculum that they’re implementing right now,” Wisdom said. “My hope is that everyone is really excited to learn this curriculum — not just classical folks, but jazz, TIMARA, and [Composition], too.”

With the decentering of the Western canon comes the opportunity for classical students not only to think about their position within the music world, but also to help students outside of the canon feel more at home in the classroom.

“I hope that they will be able to say nuanced and robust things about a wide variety of music,” Miyake said. “That they have a toolset that’s varied enough and effective enough that I could throw them any piece of music and they could tell me something really cool about it.”

Through reassessing and revisiting these changes, Miyake and others hope that the new curriculum will grow with the department for a long time.

“I think that for a conservatory, Oberlin is way ahead of the curve,” Miyake said.