The Dropout’s Brilliance Lies in its Strange Performances 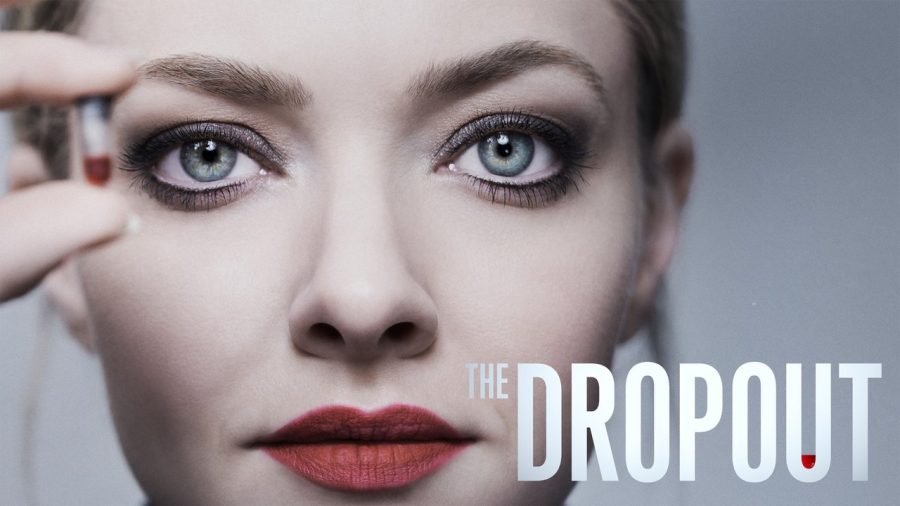 The Dropout, a highly-anticipated drama mini-series starring Amanda Seyfried, has debuted its first six episodes on Hulu. The series chronicles the misfortunes and fraud of failed Silicon Valley start-up Theranos. Focusing specifically on the company’s founder Elizabeth Holmes, the series begins at the company’s inception in 2003 and ends when its doors were shuttered in 2018. Seyfried’s portrayal of Holmes is almost endearing — a wide-eyed teen with ambitious intentions of becoming the next Steve Jobs — but something is always a little off. That being said, the dramatization of the downfall of Theranos is engaging, suspenseful, and most definitely worth a watch.

The moral nuance of The Dropout gives Holmes and her counterpart, Ramesh “Sunny” Balwani, too much room for redemption in a case where neither serves as a protagonist. Perhaps this is the biggest challenge The Dropout faces narratively — there is no central character to root for;  instead, viewers are challenged to hold their breath as Holmes defrauds her investors and employees. Throughout the show, viewers watch Holmes drift further away from the driven teen we first got to know as she becomes increasingly robotic and secretive. Similarly, Balwani quickly transforms from mentor and role model to abusive boyfriend and tyrannical chief operating officer of Theranos. Depicting these changes is where The Dropout succeeds, as it creates two characters who carry the show — without making either of them likable or worthy of rooting for.

Last week, the show’s installment included the tragic death of Ian Gibbons, a once-prominent Theranos scientist who helped launch the company in its early stages. Gibbons’ character, as well as his apparent suicide, is featured at the forefront of the show, as he is one of the only characters with true redeeming qualities who sticks around Theranos long enough to watch it slowly implode. As the show progresses, nearly every competent character recognizes the deep internal flaws with Holmes’ vision and execution, causing them to flee the project before it inevitably fails. While this may be true to reality, where The Dropout fails is in its inability to hold on to a likable character for the entirety of the series. Characters played by actors Nicky Endres, Dylan Minnette, Hart Bochner, and Utkarsh Ambudkar come to represent sanity all throughout the series, though with each realization of Theranos’ inevitable collapse, every new arrival feels more doomed than the last.

With two episodes remaining in the series, the final downfall of Theranos has yet to unfold. That said, The Dropout makes it clear from the beginning that Theranos was never truly a success. Holmes and Balwani scrape by on sheer luck and manipulation, which would feel almost too unrealistic if it weren’t known to be true. When The Dropout introduces a partnership between Walgreens and Theranos, it feels impossible to imagine, from what viewers know by this point about everything from Theranos’ operational management to lab processes, that a corporation like Walgreens could possibly invest in this vision. If anything, The Dropout is a testament to the ill-informed decision-making of corporate America.

The greatest triumph of The Dropout is the portrayal of the relationship between Holmes and Balwani, played by Seyfried and Naveen Andrews, respectively. The viewer watches Balwani groom Holmes into a relationship when she is only 18 years old while he is nearly 40, taking note of the stiff way he grows to resent her as her stardom rises. Ultimately, the relationship helps to humanize both characters and takes the viewer away from the otherwise office-based series.

Seyfried perfectly embodies Holmes’ unnaturally deep cadence, ill-fitting Steve Jobs-esque wardrobe, and intentionally imperfect red lipstick. One scene in particular has caught the attention of the internet for its pure, palpable awkwardness. As Holmes begins to feel distant from Balwani, her secret-boyfriend-turned COO, she closes the doors to their offices and dances for him to the tune of Lil Wayne’s “How to Love.” While this interaction feels entirely forced and inorganic, the scene’s brilliance lies in its believability. No, the scene was not poorly written. These people are actually just that weird.

Perhaps the beauty of The Dropout lies in its sheer discomfort and strangeness, mimicking the Theranos scandal itself. The final two episodes are set to premiere March 31 and April 7 on Hulu.