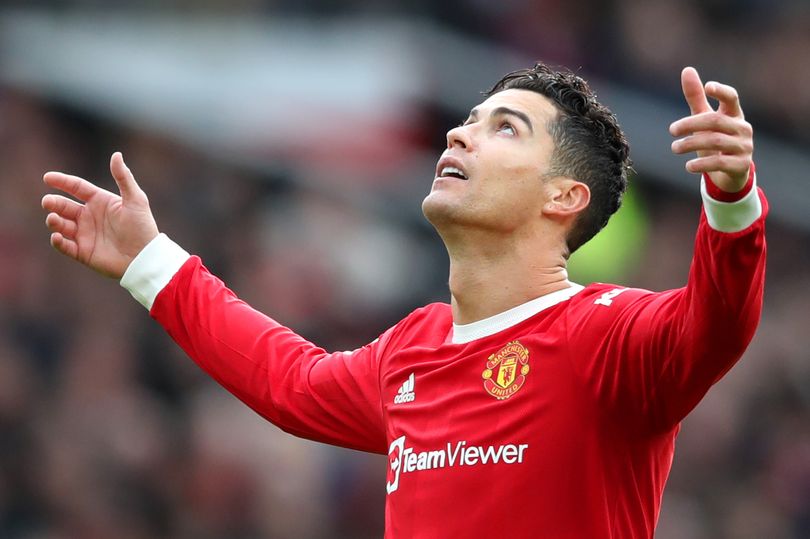 Cristiano Ronaldo, the best international men’s soccer player, breaks the record for most goals by an individual.

Editor’s note: This article refers to soccer as football, the name used by Ronaldo and the rest of the international community.

Cristiano Ronaldo is arguably the best football player the world has ever seen. Not only was he named the best player in the world by FIFA three times, but he is now the leading scorer in the history of men’s international football. Ronaldo has an immense impact on the future generations of football players and fans, and his recent achievement of scoring the most goals in professional football by an individual player speaks volumes about his undeniable talent.

Historically, Ronaldo has broken records at almost every program he has joined. The Portugal native is currently the top scorer in the history of men’s football with 807 goals. He also holds the record for the most UEFA Champions League titles with five to his name, and the most goals scored in the competition’s history with 141 goals.

As a 37-year-old in one of the most competitive leagues in the world, he has proved that age is just a number. With 20 years of experience and counting, Ronaldo has become the model for everlasting talent.

Ronaldo’s work ethic is one of the major contributing factors to his success and can be attributed to why so many football fans around the world respect him as a player and a person.

Fourth-year men’s soccer player Alex Caceres highlights how even though he is not a diehard Ronaldo fan, Ronaldo is still an inspiration for those who are willing to work hard.

“I’m a Messi fan, so hyping Ronaldo up can be difficult,” he said. “But I still believe that the recent record Ronaldo broke speaks to his indisputable hard work ethic both on and off the field. He is an athlete who takes pride in putting in the necessary work in order to achieve the goals and dreams that he has set forth for himself.”

Caceres says that Ronaldo is a true inspiration for any athlete, not just football players, because his confidence and willingness to succeed drives the results he has as an athlete.

“Every athlete who wants to be the best should follow suit,” he said. “Ronaldo does everything he possibly can to separate himself from the rest. His success is what makes him so popular, but his drive and passion to be the best is what really sets him apart and inspires any young athlete around the world.”

Longtime football fan and College third-year Oliver Ripps believes Ronaldo’s greatness radiates beyond his innate football abilities. He says that even those who don’t understand the sport of football at all can tell that Ronaldo knows what he’s doing on the field and has talent that can be recognized by anyone who sees him play.

“Ronaldo truly has the wow factor,” he said. “Every time he touches the ball, every fan watching — regardless of football knowledge —  is on their feet ready to watch something amazing, bracing for the ring of the ball launched into the back of the net. There’s no better way to quantify that impact than being the all-time FIFA goal scoring leader.”

Fourth-year men’s soccer player Nicolas Jandeleit talks about the importance of Ronaldo’s record-breaking career from a historical perspective, emphasizing that before Ronaldo came into the soccer scene, no one thought the scoring record could be broken.

“Pele set the record back in 1977, and for a long time it seemed like no one would ever come close to beating it,” Jandeleit said. “In the past 45 years, the game of football has evolved into a much more competitive environment, but Ronaldo was still able to break that record and continues to score today. I personally think that him beating this record is much more of an inspiration to younger players than anything else. Young talent can look at this impressive number and think to themselves that maybe one day they can beat it.”

According to Jandeleit, Ronaldo has a very unique style of play. He uses flashy tricks and skills to beat players and score goals.

“As a kid I would watch all of his highlight videos of him making insane shots and executing some of the most beautiful plays,” he said. “These videos made me fall in love with the game of soccer. His style of play is fun to watch and makes the game entertaining, which has helped him gain the attention of younger football players like myself.”

It’s clear that Ronaldo’s work ethic is like no other, but what Jandeleit thinks sets him apart from other players is his mentality.

“He strives to be the best in the world and has this ability to score clutch goals under immense amounts of pressure,” he said. “The whole world watches him play, and billions of people look up to him — the fact that he is able to execute as well as he does, every single time, and not come off as nervous is amazing.”

College third-year and avid football fan Jack Povilaitis sheds light on the fact that the reason so many people look up to Ronaldo is because of the brand that he’s built for himself off the field.

“Ronaldo’s record highlights his football abilities, but we can’t forget about his off-the-pitch success as well,” Povilaitis said. “He has the most Instagram followers on the app (415 million) and has his own brand partnered with Nike that soccer players revere. Especially in a sport full of individual brands, Ronaldo’s is the biggest for soccer.”

Similar to Caceres, Povilaitis is not a devoted Ronaldo fan, but still greatly admires his achievements and sees him as an inspiration as an athlete.

“Love football or not, you’ve got to tip your cap to the lad,” he said. “We aren’t going to see this record broken for a long time — maybe ever.”