The Oberlin Review • May 6, 2022 • https://oberlinreview.org/27000/opinions/students-election-education-must-be-improved/

Students’ Election Education Must Be Improved 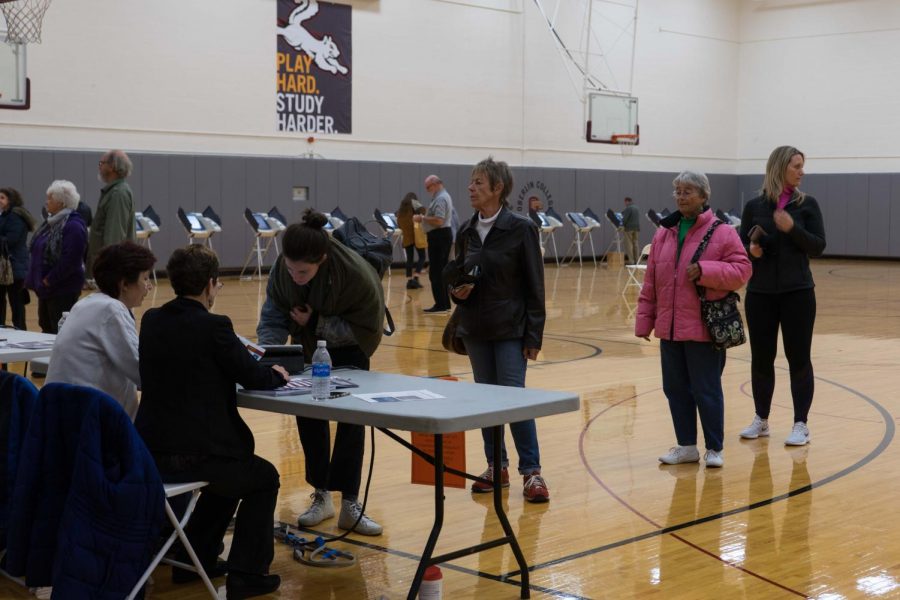 By May 3, the day of the Ohio primary elections, I had only received two easily overlooked reminders about the election date: a text message from an unknown number asking me to vote Democrat and an email from the College providing my utility bill which I could use as proof of residence. If I scroll through the email and click on a link to the website for the League of Women Voters, I get very limited information on the races and candidates on the ballot. After navigating articles providing only cursory overviews, I was finally able to find a resource with state and federal races and candidates. Combined with local election information from the state of Ohio website, I was able to piece together facts about candidates across the board and their stances on major issues. I soon learned that this election is particularly important since Governor Mike DeWine is up for re-election and Senator Rob Portman is retiring, leaving an open seat. As a former U.S. Senate Page who served during Donald Trump’s 2020 impeachment trial, I witnessed firsthand the immense impact that senators have on national policy and decisions.

Keeping people regularly and effectively informed on local politics is a massively important task. Considering that College prepares students for the beginning of their adult lives, it should also fall on the College to create good citizens who will participate in its electoral process. Thus, in addition to an academic education, colleges serve the duty of providing a civic one, too. It’s also the College’s responsibility to actively encourage, support, and provide resources for students to perform their civic duties.

An obvious opportunity lies in educating the electorate. While we are still students, we have also already begun our adult lives and now have the same civic responsibilities as any other adult. Most first-years enter college at age 18, having never voted before and unfamiliar with the electoral process and the steps they need to take to engage in it. To help students navigate this new responsibility, Oberlin should send out regular and consistent Election Day reminders rather than blurbs here and there in the Campus Digest. Resources for voting should be widely available, comprehensive, and unbiased, and they should be sent to all Oberlin students in the weeks approaching Election Day.

While I truly care about my civic responsibilities, academic obligations can distract from important political deadlines like this year’s Ohio primary. The College can help mitigate some of this confusion by making it easier to access information important to the electorate. Sending schoolwide emails once or twice a week in the period leading up to Election Day, with its date and links to sources with candidate information as well as posters with the same information in public areas, would be useful reminders. Getting information out through different mediums to ensure as many people as possible are aware of and informed for upcoming elections is key. Students should have easy access to detailed information on current races so that they can more easily vote with an educated opinion.