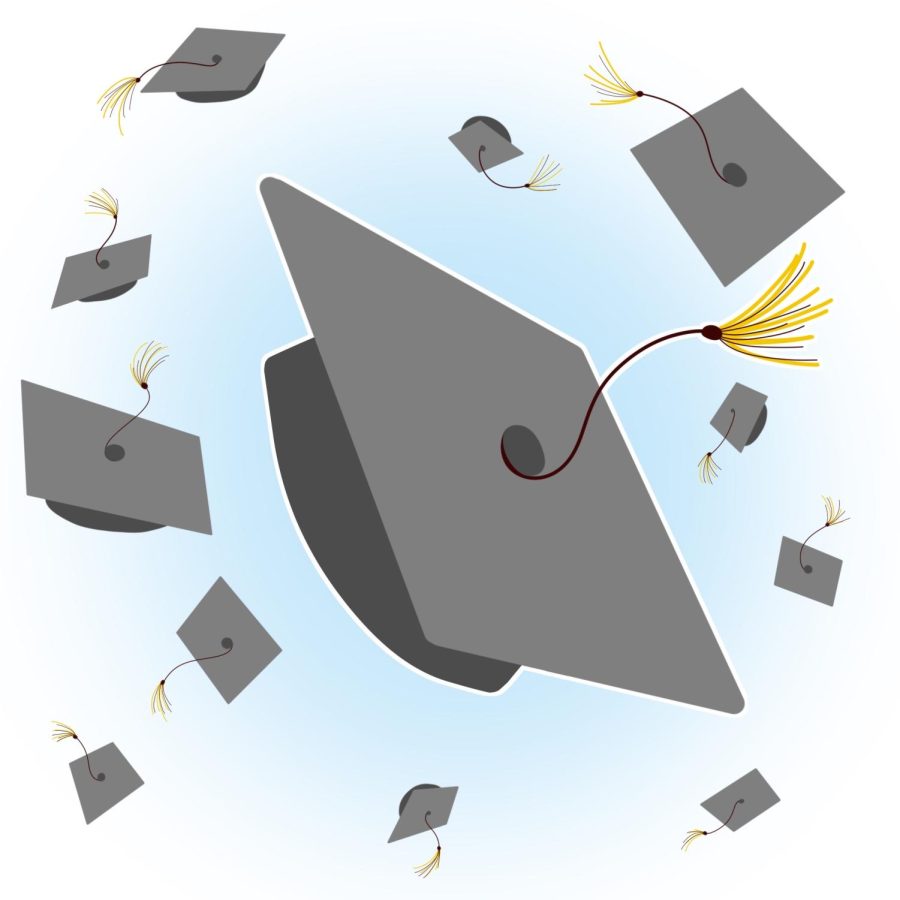 In fall 2021, Oberlin hosted a delayed Commencement Ceremony for the Class of 2020. This year will mark the return of several in-person Commencement traditions.

This year’s Commencement and Reunion Weekend will occur Sunday, June 5, the day after final exams end. While the ceremony promises the return of several beloved Commencement traditions that were paused due to the COVID-19 pandemic, the lack of a Commencement Week and apprehension about the Commencement speaker has prompted some concern among graduating seniors.

This year’s ceremony will also feature speeches from President Carmen Twillie Ambar, Board of Trustees Chair Chris Canavan, OC ’84, and yet-to-be-announced student representatives. Alongside Commencement activities, Oberlin will also resume its tradition of hosting an in-person 50-year reunion at the same time an activity that the College has held virtually since 2019.

Despite the lack of a week of celebration and events leading up to the ceremony, many graduating seniors have expressed excitement about participating in an abbreviated selection of Commencement activities.

“I’m looking forward to the things that I planned for the senior class, so that we do get to celebrate despite not having a Commencement Week,” said College fourth-year and Student Senate Senior Class Representative Malaïka Djungu-Sungu. “I’m looking forward to seeing what other organizations have also planned for us. And just seeing people dress their best — or not.”

While the College normally allows for a week between the end of the final exam period and the Commencement ceremony, the late conclusion of 2020–21 three-semester academic year forced the College to truncate the current academic calendar. During Commencement Week, graduating students typically participate in graduation traditions, socialize together as a class, and bid farewell to friends.

College fourth-year Lucca Abele expressed disappointment about the lack of a Commencement Week and cited concerns that this will lead to a loss of traditions normally associated with the week. Current fourth-years were first-years during the last pre-COVID Commencement, making this class the last one to have experienced a conventional ceremony.

“I do wish [a Commencement Week] was happening because I feel like there are a lot of traditions that we were the last class to know about because of COVID,” she said.

Abele described one tradition called Tour de Franzia, where seniors go on a bike tour around the City of Oberlin and take stops to drink boxed wine. At the end of the bike ride, everyone jumps in the reservoir. Another tradition is Illumination, currently scheduled for June 4, where students hang lanterns in Tappan Square.

Abele also feels the buffer period afforded by Commencement Week made the process of moving out less stressful for seniors. This year, on-campus seniors have to move out the day after Commencement, without the extra time that is usually provided between finals and graduation.

Some students are also feeling apprehension over the choice of Joshua D. Angrist OC ’82 as the Commencement speaker. Djungu-Sungu understands why Commencement organizers chose Angrist, given his impressive achievements as a Nobel Prize-winning economist. However, she is concerned about whether Angrist’s speech will be engaging to students.

“I think that he’s an interesting speaker because I do know who he is,” Djungu-Sungu said, “But I do think it’s very, very, very, very, unusual that it’s not someone who’s talking about social justice or a commonly known public figure or something like that. I’ve heard of comedians coming and that going a little left, so I can understand, but I hope that the speech will still be engaging for students.”

“I think it will be a very welcome event in our town this year and that the businesses are absolutely looking forward to it,” she said.

The large influx of people into Oberlin raises some concerns about a potential spike in COVID cases. However, in an ObieSafe announcement released Wednesday, the College informed the campus community that some COVID safety precautions will stay in place. While guests do not have to provide proof of vaccination, they will be required to abide by all other ObieSafe protocols such as indoor masking.

Haar emphasized the importance of trying to achieve a balance between managing COVID and allowing people to celebrate and the community to maintain normal operations.

The cancelation of the 2020 Commencement and the limited 2021 Commencement were especially detrimental to local businesses over the last few years. Businesses lost a large customer base which they usually rely on every year.

One of the most challenging issues was the lack of communication from the College about its plans for events like Commencement. Last year, Oberlin announced March 25 that it would hold an in-person Commencement with limited attendance, giving local businesses less than three weeks to prepare.