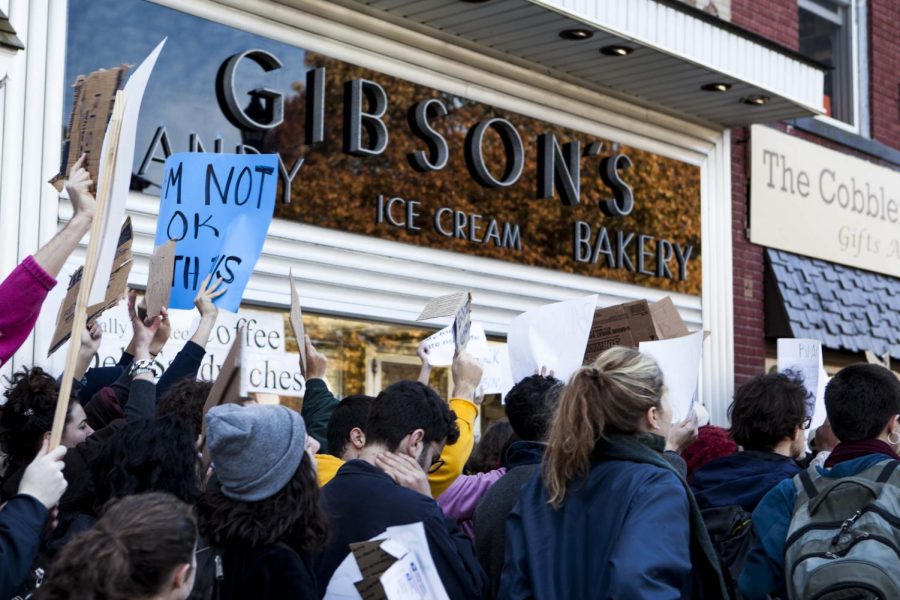 Oberlin College announced yesterday that it would pay Gibson’s Bakery the sum of $36.59 million in damages as awarded by the Lorain County Court of Common Pleas in 2019. This decision follows the Ohio Supreme Court’s Aug. 30 announcement denying the College’s appeal. The College filed the appeal with the Ohio Supreme Court on May 13 this year, and the court voted 4–3 against hearing the appeal without making any substantive statements on the case. These events mark the end of the College’s five-year-long litigation with Gibson’s.

“While this outcome is a disappointment, our financial plans for this possibility, which included insurance coverage, mean that this payment will not impact or diminish our academic or student life experience, or require us to draw down Oberlin’s endowment,” President Carmen Twillie Ambar wrote in a campus-wide email yesterday.

The College’s appeal to the Ohio Supreme Court was based on four primary arguments, presented as propositions of law. The first proposition concerned the constitutional protection of opinion speech, wherein the College argued that written and oral statements should fall under the same purview of protection. Proposition two raised the concern that imposing liability on the College for facilitating student opinion would contradict the First Amendment.

“The Ninth District severed students’ right to protest orally from written protest materials, insisting its decision would not chill speech because oral chants were protected and Oberlin’s conduct was separate,” the appeal read. “Can a line be drawn between oral and written speech that protects only the former when the context is the same? Even if it can, can colleges be held responsible for facilitating this speech consistent with the First Amendment?”

The third proposition cited precedent that elements of a case clearly addressed by the jury in the first stage of the trial should not have been presented to the jury again in the second stage. Specifically, the jury found during the first stage that the College had no constitutional actual malice, i.e., it did not meet the U.S. Supreme Court’s criteria for proving a statement was made with actual malice. According to the College, having failed at carrying the burden of proof that the College acted with malice during the first stage of the trial, the Gibsons’ legal team should not have been allowed to reintroduce those arguments in court.

The fourth proposition contested the format with which punitive damages were calculated, which resulted in an overall damage award that was allegedly four times more than what should have been legally possible. Punitive damages are capped at twice the amount of compensatory damages. Compensatory damages constitute measurable financial damage to a party — which has no cap under Ohio law — and a capped amount of damages to account for non-measurable consequences of an action, such as emotional distress. The Ninth district Court of appeals relied on precedent to award punitive damages based on uncapped compensatory damages. The College argued that the Court’s precedent was inapplicable in this case. The College thus contested the lower courts’ decision on the final amount awarded to the Gibson’s in damages, resulting in an sum of over $11 million more than Oberlin assessed legally permissible.

With legal proceedings now complete, President Ambar emphasized the College’s continued commitment to its academic mission. “Like me, the majority of the campus was not here at the beginning of this matter in 2016,” President Ambar wrote. “But it is also true that this case has been difficult for all of us who love this institution and its hometown. I am looking forward to all that is ahead, and remain focused on Oberlin’s core mission of providing a truly excellent liberal arts and musical education.”