The Oberlin Review • May 4, 2012 • https://oberlinreview.org/3012/arts/college-senior-will-roane-debuts-film-old-photograph/

On Saturday, May 5, College senior and former Review Editor-in-Chief Will Roane will debut his film, Old Photograph, in West Lecture Hall at 8p.m. Focusing on an imagined story taking place in the mid-century American South, the film focuses on nostalgia in the context of Southern history. The Review had the chance to catch up with Will this week to talk about the film and his experience making it. 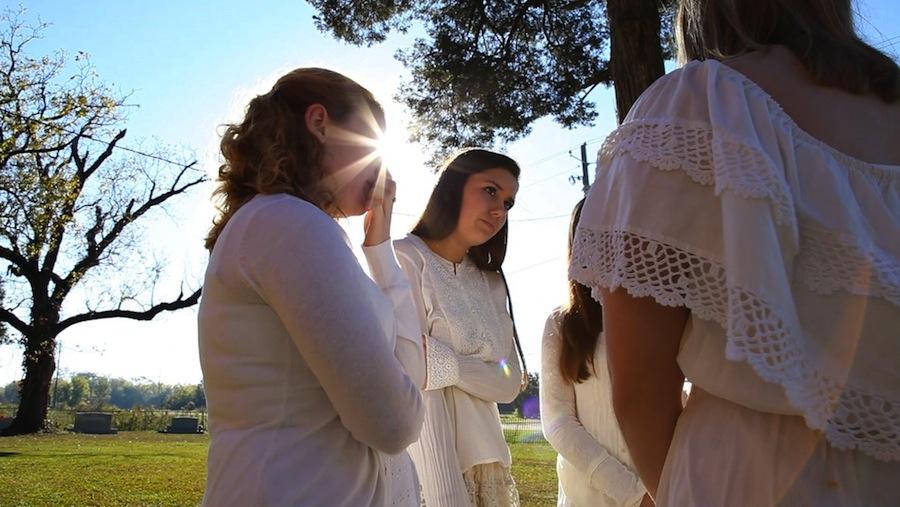 Roane explores themes of nostalgia in Old Photograph, set to debut this weekend.

Can you tell us a little bit about the film’s content?

The film centers around an unnamed narrator, who imagines the history of her grandparents in the mid-century American South, based upon a photograph she has of them together. She visits various places that she believes they once were while wondering what might have happened there. Some parts seem more like clear memories, while others are more purely imagined. You could definitely call the film gothic, as certain aspects of the narrator’s imagined history are quite scary. Her grandmother grew up the daughter of one of the big names in town, with quite a lot of money, while her grandfather is an orphan who works a farm.

Basically, the film ruminates on the guilt of Southern history, as well as on the nature of imagination and memory in general.

How long have you been working on the film?

My sister, Nancy Roane, who is a freshman here, and I have been working on the film for a year and a half. Nancy is the film’s co-writer and executive producer. The first major shoot took place this past September, and principal photography took place in my hometown of Tuscaloosa, Alabama over this past fall break.

Can you talk a bit about the process? Were there any faculty members or student groups you worked closely with?

My process centers around building a good team. I contacted the film’s star, College senior [and former Review Photo editor] Sam Abrams about the project in January of 2010, and all the other personnel followed after that. My cinematographer, [Conservatory junior and former Review Photo editor] Dale Rothenberg and I talked a great deal about the look of the film, and decided that we wanted to shoot on not just digital video, but also film. We shot on 16mm and 8mm in addition to HD digital video, DV tapes, and even my cell phone. I also have a fantastic score by [double-degree senior] Matt Gold and a fantastic sound director, the up-and-coming Conservatory sophomore Charles Glanders.

What was the most challenging aspect of the film-making process?

Easily the most challenging aspect of making a movie is organization and planning. Whether technical or logistical, there are always a thousand problems that one must solve. As such, from the very beginning I had to think on my feet and make sure to use the resources available to me to my full advantage. Whether cameras, talented students, or people I know from home (10 of which are in the film, including all the adult characters), I had to make sure that I kept everything and everyone doing the best possible work to make the film as good as it can be.

The biggest single challenge has been getting the sound design to where we want it to be. Due to some last-minute personnel changes, Charles Glanders and I have been working around the clock for the past three weeks to complete the sound mix. He has led a team of his own that includes four other TIMARA majors to complete the sound design. I think it’s really going to be great, and can’t express enough how important Charles is to the film.

Is this the final piece, or is it part of an ongoing project? What do you hope to gain from the screening?

I did not work too closely with faculty — though I will submit the project as a Cinema Studies capstone, it is not my official project. I have a research paper I am also wrapping up that is the ‘official’ Cinema capstone. I am hoping to gauge the effectiveness of the film from the screening, as I plan to take the film to the festival circuit.