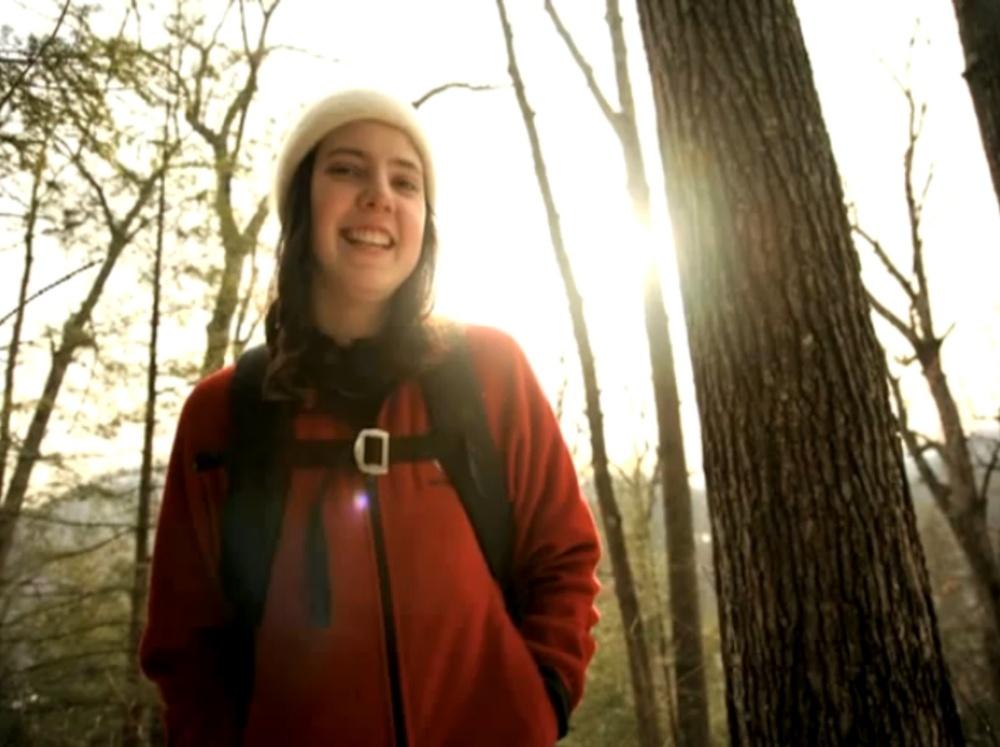 Isabelle Rozendaal, the Oberlin College senior whose protests against mountaintop removal have put her at odds with coal giant Massey Energy Company.

College senior Isabelle Rozendaal and four others were arrested last January for protesting mountaintop removal mining at Coal River Mountain in Marfork, West Virginia. Though criminal charges against them have been dropped, the “Marfork Five” still face a civil suit that may require them to pay up to $75,000 in damages to Marfork Coal Co., a subsidiary of Massey Energy Co. According to legal support for the Five, Massey’s tactics in the case could also be a foreshadowing of a domestic terrorism suit.

Mountaintop removal mining is a process in which the peaks of mountain ridges are blasted off to access the coal seams beneath. Though mining companies often claim that increased safety and cost-effectiveness make mountaintop removal a preferable alternative to underground mining, the hundreds or thousands of acres left barren by each of the hundreds of sites have inspired enormous controversy since the practice began in 1970.

The less visible human costs can be just as bad, Rozendaal said. People living near mine sites, for example, have to tolerate pollutants for many years, which is devastating for their health.

After years of unsuccessfully fighting mountaintop removal through what they see as a corrupt legal system, however, activists are turning to more desperate measures, Rozendaal said. She became personally involved with anti-mountaintop removal action at the invitation of West Virginia natives who have begun using direct action as a last resort, she said.

“By the end of the day,” Rozendaal said, “mountains are still being destroyed, and one way to stop that is by standing in front of a bulldozer.”

On Jan. 21, 2010, the Marfork Five snuck onto the grounds of the Bee Tree mountaintop removal site at Marfork, WV, to stop the construction of an access road between the mine and the Brushy Fork Slurry Impoundment, a several billion-gallon lake of coal sludge. The Five managed to delay progress for nine days by setting up and occupying three 60-foot-high platforms in trees directly in the path of the proposed road.

Rozendaal and one other protester, who were acting as ground support, were immediately arrested, and the three tree-sitters were taken into custody when they descended from their perches. A temporary restraining order was issued before they even came down, barring them any future access to property owned by Marfork Coal, which owns Bee Tree.

If the Five are found guilty of these charges at their June 15 trial, they will owe Marfork Coal between $66,000 and $75,000 in damages. This is the largest penalty any protester has yet faced in the direct action campaign begun two years ago by Climate Ground Zero, the anti-mountaintop removal group that organized the Marfork tree-sit.

In a recent deposition, Marfork lawyers demanded that tree-sitter Amber Nitchman identify all people directly or indirectly involved in this and past protests, said Rozendaal.

Sidney suspects that Massey may be trying to amass a database of information to portray anti-coal activists as domestic terrorists. Its tactics in the Marfork case are identical to those in three other lawsuits brought against CGZ by three separate Massey subsidiaries, with a total of 29 CGZ activists on defense.

Under a West Virginia law acts of terrorism are described as acts that are “likely to result in serious bodily injury or damage to property or the environment” or influence the conduct or policy of government by “intimidation or coercion.”

“These domestic terrorists are part of an anti-coal group that wants to shut down mining in Appalachia and destroy West Virginia’s economy. Massey Energy is committed to providing good-paying jobs. As one of the state’s largest revenue sources, Massey coal funds our schools and communities.”

“These coal companies are pretty ruthless in the way they use the legal system,” Sidney said. “I don’t think that it would take a huge stretch of the imagination to apply these to protesters.”

Fearing the consequences for those she might identify, Nitchman refused to answer Massey’s questions, pleading her Fifth Amendment rights. Judge Berger, however, issued a subpoena forcing her and the rest of the Five to talk. They have issued a response which has delayed further depositions, however, and they hope it will allow them to permanently refuse what they see as unconstitutional questioning.

Ground Zero’s resistance to talking about their organizational associations with other activists has irked public officials in the past. A ruling by Raleigh County Circuit Court Judge John Hutchison in March of 2009 which required the group to reveal their ties prompted protests – CGZ complained that they would have to name thousands of people.

“Then it enjoins thousands of people,” Judge Hutchison responded. “Everyone is enjoined from interfering with the processes at these facilities.”

But Ground Zero still wants to protect its members’ right to silence.

“If Don Blankenship can plead the fifth to avoid answering questions about Upper Big Branch,” Sidney said, “we should be able to use it also. This would turn the fifth amendment clock back 50 years.”

Upper Big Branch is an underground coal mine owned by Massey and also located in Raleigh County, WV In April an explosion there caused a collapse that killed 29 miners, the most fatal American mining accident in over 40 years. It has prompted U.S. Congress to reexamine legislation governing oversight and shutdown processes of mines, and in the midst of the national outcry following the disaster Blankenship resigned from Massey.

Rozendaal and the other protesters may be given the option to settle with Massey Energy out of court, Rozendaal said, but she won’t.

“I’m pretty uninterested in that option,” she said. “I don’t want to give any money to coal companies.”