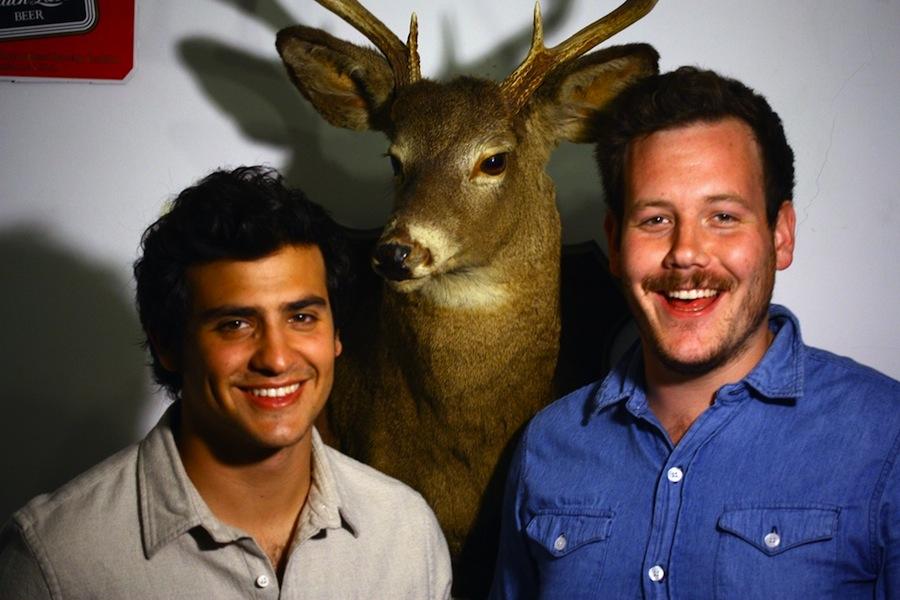 “This is what I want to do with my life. This is my passion,” said College senior Jackworth Smith in an interview last Friday. Smith was referring to JackFest, a promising yet controversial music festival that he and fellow collaborator, College senior Harry Israelson, have planned for this May 14.

The day of music will be held on North Fields and will feature both student bands and popular touring acts. The exciting headliners include Canadian indie rock band Born Ruffians, British hip-hop artist Slick Rick and DJ/drummer ?uestlove of the Grammy Award-winning band The Roots.

Clearly, Israelson and Smith are not lacking in drive or enthusiasm. What started out as an informal concert in Smith’s basement just over a year ago has turned into a musical event of a magnitude Oberlin has not seen for a number of years, if ever.

The Festival aims to mimic well-known events such as Bonnaroo or Coachella in atmosphere: Smith and Israelson envision a complete festival grounds, with food and other non-music-related activities. However, unlike the largely uniform lineups at Bonnaroo and Coachella, Israelson expressed hopes that the bands at Jackfest “will appeal to lots of musical tastes … hopefully, the lineup we put together will draw from all corners of the campus.”

The duo has planned a main stage and is hoping to create a second, smaller stage to avoid dead airtime in between sets. “You’re going to know you’re at Oberlin, but you’re not going to feel like you’re at Finney [Chapel] or at any other venue,” said Smith of the festival’s atmosphere. Touring bands will likely play the main stage, with Oberlin bands playing on the second stage during the turnaround.

The three headliners will go on toward the end of the evening and will be joined by a smattering of lesser known but equally well-established touring bands that Israelson and Smith have assembled with the help of Program Board, Hip-Hop 101 and many others.

As promising as the event might sound to Oberlin music fans, it has also attracted a good deal of controversy. Indeed, the title of the event itself — a play on Smith’s first name — is enough to provoke a response from even the most mild-mannered of Oberlin students.

“It started out as a small party and it was ironic and I think it’s still kind of funny. If you know Jack, you know he’s not an arrogant guy,” said Israelson, explaining the origins of the festival’s name. “It just seemed appropriate. I wouldn’t let him change it even though he wanted to.”

As one might expect, the title has been met with the disapproval of many who do not know the event’s creators and question their stated commitment to putting together an inclusive show with the entire student body in mind.

“It makes me less interested [in the festival] because the name seems sort of narcissistic,” said College senior Alex Korshin. “The festival sounds like a really good idea, but the name doesn’t conjure up the idea of something that is welcoming or communal.”

Not all students, however, find the name Jackfest as off-putting as Korshin. “It doesn’t offend me at all,” said College senior Dash Robb, who even seemed mildly amused by the sexual innuendo implied in the name.

Beyond the title of the event itself, the process by which Israelson and Smith are funding the event has already attracted student attention. The pair received nearly $15,000 from the Student Finance Committee alone, in addition to considerable financial backing from other organizations, including Program Board, Concert Board and the SUPC.

A few students have expressed anger over the funding JackFest has received, particularly in comparison to the SFC funding given to other organizations. Israelson suggests that the discrepancy in funds had nothing to do with the SFC’s preference of events, but was rather a matter of timing and presentation. The SFC could not be reached for comment.

“I was initially upset about the funding situation,” College senior and Drag Ball Committee President Hunter O’Neill said, echoing Israelson’s justification by adding, “I’m sure they got the money first because they were ready to ask for it first.”

In spite of the doubts expressed by some students, many students are extremely excited about the festival, including College senior and Program Board member Ricky Ostry, who stated that he “was always surprised that a school with such a huge budget dedicated to live music didn’t have a traditional pop/rock festival. In my opinion, it’s totally worth the hype.”

Smith and Israelson’s spirits likewise remain high as they gear up for the final preparations leading up to JackFest. Indeed, what they lack in terms of their ability to shape the debate surrounding their project is certainly compensated for in the energy and passion they bring to the table. Through JackFest, Oberlin stands to gain an extremely valuable outlet for both emerging and well established artists. What’s more, it seems a safe bet that any lingering doubts will disappear on the day of the show.

Tickets for JackFest will be available to Oberlin College Students for $8 and to the Ohio Consortium Colleges and the Public for a price to be named later. Visit http://soundcollective.tumblr.com/ in the coming weeks for further details and scheduling information.