Off the Cuff with Reverend Greg McGonigle

Reverend Greg McGonigle, Director of the Office of Religious and Spiritual Life, worked with student groups and staff to organize multiple events, including a candle light vigil, in remembrance of September 11th. The events emphasized an ongoing discourse about the 9/11 attacks, the subsequent wars and internal struggles within and without the U.S. as a result. 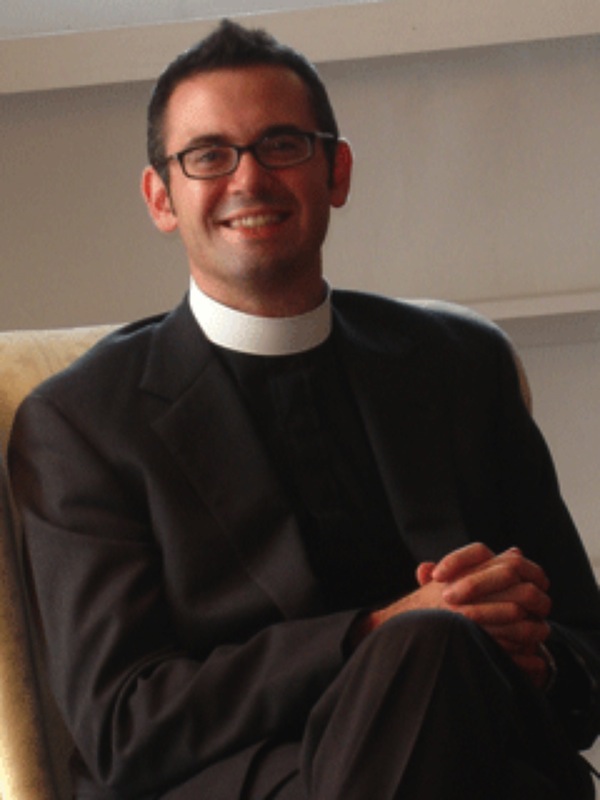 Reverend Greg McGonigle Director of the Office of Religious and Spiritual Life.

What are your responsibilities as the director of the Office of Religious and Spiritual Life?

You mentioned that there were multiple events leading up to the 9/11 vigil. What were these events and their significance?

A student group started meeting last spring who really wanted to anticipate the 10th anniversary of September 11th. I think [they wanted to organize something] because in the past couple of years 9/11 has seemed to become an opportunity for a lot of really polarizing rhetoric, and some would say political cooptation, of the meanings of September 11th. We did a vigil last year for September 11th… It was Christian students primarily leading it last year who wanted to present a different Christian message about Christian-Muslim relations and say, “We view all scriptures as being sacred, whether they’re ours or someone else’s.” The attack on someone’s scripture is not just an attack on a book or on God, but it’s really a hate crime against people. We were anticipating that there would be more of that this year. From what people seem to say, there wasn’t as much of that. There was more of a focus on memorializing September 11th and the stories of the families who lost loved ones and first-responders and other people who were affected. But it didn’t seem to have, at least in the broad media discourse, that same controversy. What the students planned was an exhibit in Mudd Library that was called Chains or Links, drawing upon the image of the chain-link fences that were used to quarter off the Ground Zero area and other areas that were attacked that people would post notes on or prayers. So, we got a piece of chain link fence. But then we started to think about chains and links and thinking about religious and philosophical differences and interactions between the cross-differences and how they can be chains or how they can be links, in the ways that we relate to each other.

How did you draw upon the chains and links metaphor?

We drew upon that as a metaphor and as a space where people could write a reflection and tie it onto the fence or they could write in a journal. There are books there that talk about interfaith dialogue or just learning about Islam or Muslims in America. Then, we did a screening of a West Wing episode. It raised a lot of really important questions I think in a very nuanced way. I was surprised in a positive way that there was such a progressive response so shortly after the attacks. We were looking at questions of “Why did this happen?” and “What is terrorism?” They make the analogy between Islamic extremism is to Muslims as the KKK is to Christianity, in that [the KKK] is not really what most Christians would recognize as an authentic manifestation of their tradition, it’s a total elaboration, and yet the people involved would claim that identity. We wanted to think about how September 11th created a discourse about patriotism in a post-9/11 period; how does it impact issues of race, religion and gender and sexual orientation? We had really good dialogue about that, and then we had the vigil on Sunday night, which was very similar to what we did last year, but we had a much bigger turnout. We started with gathering in Tappan Square and lit candles and gathered in a circle while people shared their reflections. Some people either came from New York or had family who were directly affected, or friends. There was a lot of talk about support for the separation of church and state and wanting to live in a country where it’s OK for people to be of any different religion or non-religion. We did a march down Main Street, across College and down Professor to the Multi-Faith Center. One student [at the forum on Monday] did ask why people don’t care more about these issues, especially issues of Islamophobia for instance. These are social justice issues and whether or not people see themselves as religious, these are still issues of justice that we need to be engaged in.

Why do you and the others who organized and participated in these events feel it’s important to remember September 11th and those who were affected by it? Is it so important, especially on the 10th anniversary, to remember primarily because of the attacks or the aftermath of the attacks?

For me, September 11th holds a lot of tensions within it because I have such deep compassion for people who died or were injured or who lost loved ones or whose lives were radically changed in a personal way. On the other hand, we have to consider the actions of our government post September 11th. There were some positive things, such as the President coming out to say, “These acts were not perpetrated by Muslims, it’s totally inappropriate to consider Muslims or people from the Arab world or the Middle East in any way responsible for this,” but nevertheless there seem to have been a lot of loud voices that have been blaming Muslims, and Arabs among them in particular. There’s a huge constellation of issues that have impacted all of us and leave a lot of us frustrated, sometimes overwhelmed by it — maybe we just don’t even want to talk about it because in some ways, especially for civil liberties, security seems so overwhelming. I don’t think they’re disconnected from our conversations about immigration more generally speaking — and the notion that we can build a fence to keep people out. It’s part of that idea that we could stop terrorism by fighting a war. I think a lot of people just don’t believe that that’s how it works. We need to be more self-critical about the United States’ role all across the world. Yes, we do a lot of charitable work, but we’ve been involved in some pretty dubious actions as well. I think we just wanted to create an opportunity to lift those things to the surface.

We’ve talked about a poor turnout for a few of these events, so in terms of the pulse of the student body on September 11th, how do you think the Oberlin community, and students in particular, responded to these events, or did they respond?

I was really touched when a student said in our forum [on Monday], “I’m frustrated that there aren’t more students here because I feel like these are issues that impact, certainly the Muslim community but they impact everyone, where are the allies on these issues?” So, I’m not sure how, but I know we’ll be looking for ways to continue this dialogue.