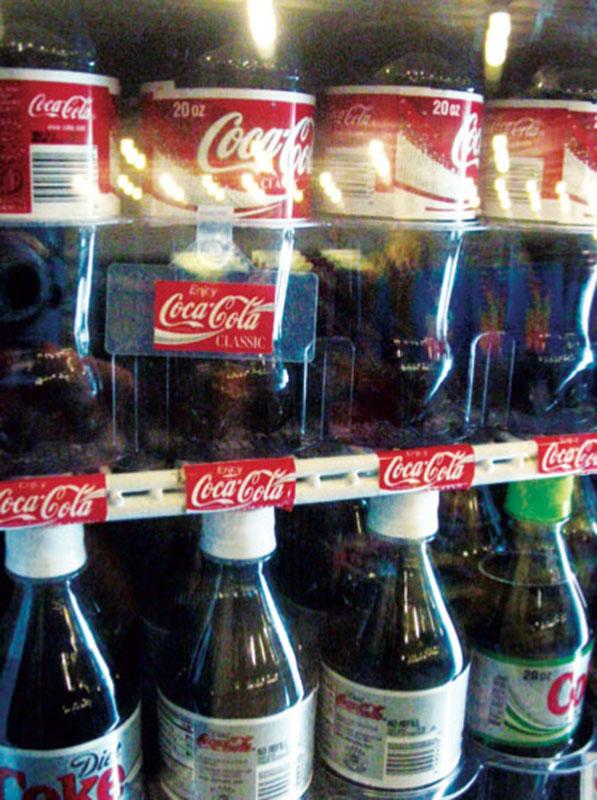 Pictured above are the College’s last few bottles of Coca Cola, before the ban on the company’s products was enacted in 2005. The ban, which was originally instituted following reports of Coca Cola’s human rights violations, is set to lift in the fall of this year.

Ten years ago, College President Nancy Dye wrote a letter to Coca-Cola, severing ties with the corporation. Dye’s letter referenced Coca-Cola’s ongoing violations of human rights and its dubious business practices. “Oberlin joined a host of other colleges and universities that were working, in coordination with the Workers Rights Consortium (of which Oberlin is a member), to boycott Coke products because the company was not, in our opinion, investigating sufficiently the possible complicity of local management in Colombia in the murder of a union activist in one of its plants there,” said Associate Professor of Politics Marc Blecher.

In response to student outcry, Oberlin banned Coca-Cola products from campus in 2004. Several organizations, most notably the Student Labor Action Coalition, opposed Coca-Cola’s corporate malfeasance — the company has been linked to the deaths of trade unionists and accused of contaminating water in India.

While Coca-Cola has been absent from campus shelves for the past 10 years, the College carries Seagram’s Ginger Ale, which has been owned by Coca-Cola since 2002. In an article on “The Source,” the administration revealed to College and community members that the ban on Coca-Cola products would be lifted beginning this spring.

The College claims that it will continue to monitor Coca-Cola’s business practices. Students from SLAC have not made any official statement on this issue. In fact, the majority of students on campus were not even aware there was a ban in place.

“One of the things [we] looked at in 2013 was [whether to keep] the ban on Coca-Cola, [but] we ultimately were not the ones responsible for the final decision,” College senior Izzy Esler, a member of Oberlin’s Sweatshop Committee said. The Committee primarily reviews the apparel the College buys for various sports teams.

“But if we saw any violations, we would have let the college know.”

Despite the ban on Coca-Cola products, the prohibition never prevented students from consuming Coca-Cola products that they purchased elsewhere. Coca-Cola products are readily available at local establishments, such as Agave Burrito Bar & Tequileria and Gibson’s Bakery. Despite SLAC’s efforts 10 years ago, current students seem fairly indifferent about the ban. Few student organizations have commented on this issue, or indicated whether they believe that Coca-Cola has ended its violent anti-union business practices.

“I haven’t heard almost anyone really discussing the end to the ban,” Esler said. “Our generation of Oberlin students doesn’t seem to take this issue as passionately as Oberlin students 10 years ago, but every generation has its major issue that it cares about. Remember with college there is a four year turnover, and this was 10 years ago. There have been about two four-year turnovers since this happened.”