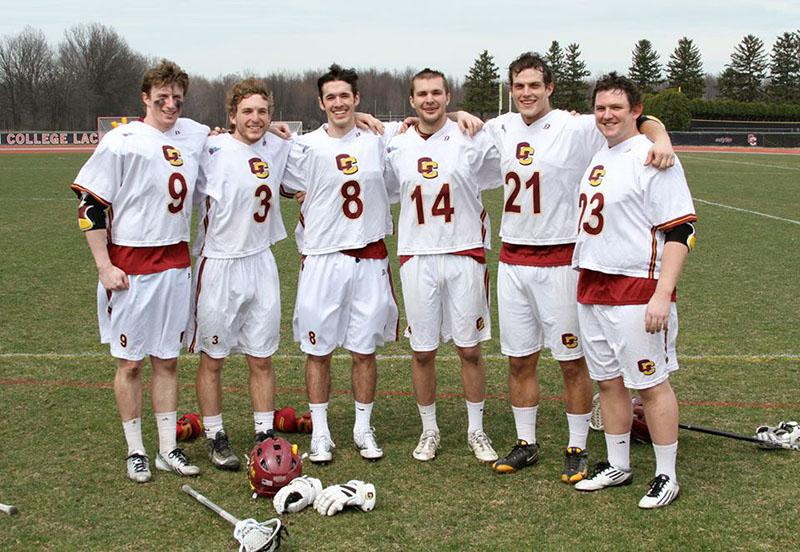 After three consecutive losses dropped its record below .500, the men’s lacrosse team defeated the DePauw University Tigers on Saturday and the Hiram College Terriers on Wednesday to push its record to 7–6.

On the heels of a 9–13 loss to Wittenberg University the previous week, the Yeomen faced the Tigers hoping to rebound. Ultimately, they were successful and came away with a 17–4 victory.

“DePauw was a great win for us,” said sophomore defender Matthew Basile. “It’s always fun to beat up on a conference opponent.”

Head Coach Topher Grossman was also pleased with the team’s performance and final victory. “I’m really happy that everyone was able to contribute to the win against DePauw,” he said.

The Yeomen outshot DePauw 54–20 and also won the ground-ball battle 33–22. First-year Jason Gibson won 11 of the 18 face-offs taken during the game.

In addition to being a great win over a conference opponent, the victory against DePauw was especially important for the seniors, since the game was played on their Senior Day.

“It was an awesome way to send our seniors — Kirby, Noel, Mickey, Connor, Paul and Matt — out on their last home game in such a dominant fashion,” said Basile.

With only one game remaining, the Yeomen are hoping to finish the season on a high note, knowing that a strong end of this season can carry over to next year.

“We want to end the season with a win and let that set the tone for next season,” Jackson said.

Basile noted that winning the team’s final game would give the Yeomen back-to-back winning seasons.

The Yeomen are also viewing this final game as an opportunity to set up a strong foundation for the offseason and next season.

“We’re losing a lot of seniors this spring and I’m hoping these last two games will be a chance for our younger players to mature and gain some confidence heading into offseason workouts,” Basile said.

The final game of the Yeomen’s season will take place at The College of Wooster this Saturday at 7 p.m.