John Byrne, OC ’03, Former Editor-in-Chief of the Review, and Founder of The Grape and The Raw Story 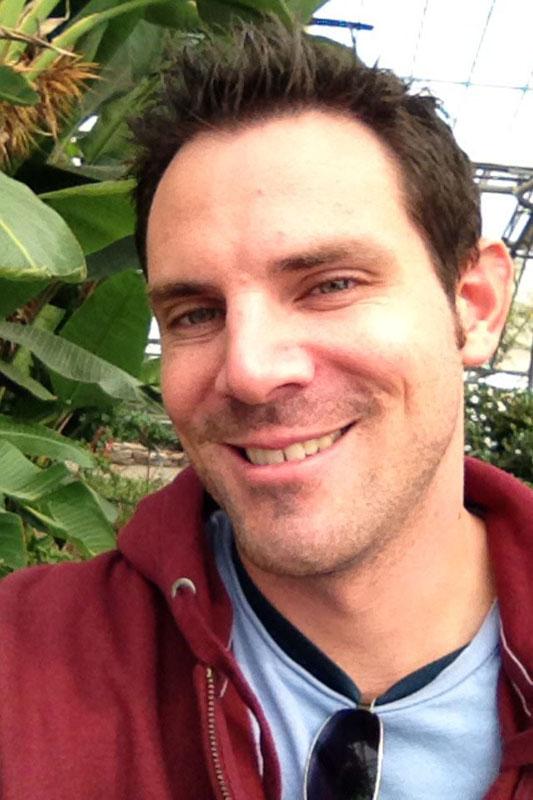 John Byrne, former Editor-in-Chief of the Review, founder of The Grape and The Raw Story

Before Greg Walters, OC ’03, spoke to the Review about his experience working as a journalist in Moscow earlier this month, he indulged a question about the origins of The Grape, which was rumored to have as its creator a former Editor-in-Chief of the Review. John Byrne, OC ’03, who went on to create the left-wing independent journalism outlet The Raw Story, talked about The Grape, how his staff once mutinied against him and how to make it in journalism.

Why did you choose to come to Oberlin?

I chose Oberlin because it seemed like I could be more of a big fish in a small pond. That I’d have more opportunity to grow. I don’t know; when I was actually looking at the school I was thinking about starting a publication there, but I had started two publications in high school. So I think I had it on my mind, and Oberlin seemed like a place that would support that, as opposed to a more elitist school where you get sucked into the vortex [in which] everybody follows a straight line.

What was the juiciest story you wrote as a college journalist?

The best story I did at the Review was an exposé on steroid abuse on the football team, which didn’t go over very well. I wasn’t the [Editor-in-Chief] at the time; I was the news editor. They decided not to run it in the commencement issue — you know, where they try to summarize everything — which was not surprising to me, but was amusing.

Can you tell me when and why you decided to found The Grape? I got a version of this story from Greg last week, but I want to hear it straight from the source.

Were you the one who did the piece on The Grape?

OK. So I was reading that, and I was thinking of how things have changed. But … the short answer is that I didn’t want to be a copy editor and work my way up through the system; that’s kind of where you start at the Review, so I wanted to start something that was more focused on politics. So there was sort of a point-counterpoint front page thing, and then we did a more of an editorial publication. Over time it developed more into a ‘Let’s publish on Thursday to beat the Review to the story,’ which we would successfully do.

And you eventually ended up as Editor- in-Chief of the Review. How did that happen?

I think it may have been the spring of my freshman year that I started The Grape. And then I was news editor at the Review [ for two semesters until] the fall of my senior year, and then Editor[-in-Chief] in the spring of my senior year. And in between that time, I don’t know exactly when it was, I started a publication called the Muckraker — after The Grape mutinied against me — which was more sort of exposé stuff. And our big story was a piece about how Oberlin had more sexual assault reports than our peer schools. And the College president at the time, we had had a really good relationship. And, actually, the reason why I think she built The Grape office was that she saw us as a tool in student media coverage because the Review was very critical of her. I doubt people remember her, but it was Nancy Dye.  And she had a lot of problems with minority communities. She was seen [as] not being supportive of their causes. She wasn’t into the Comparative American Studies [department], which eventually passed, and there were some student groups … But, anyway, she saw me as a way to get positive press coverage, but when I started the Muckraker I did the sexual assault story, and that was kind of near and dear to her, and she felt that that was unfair. But the whole reporting process, it’s probably better now, but it wasn’t really transparent. And there were people saying that they were getting screwed and not being treated fairly. And this has become, obviously, a national issue — sexual assault on campuses and in the military. But anyway, she got pissed off by that. She wouldn’t talk to me until I joined the Review, and she was forced to talk to me again.

Well, that would’ve been 2000, because 1999 was in the fall semester. You know, I can go back, I actually have all of the news- papers. … I can scan [them], I mean you’ll probably be shocked. It looks like The New York Times, some of them. It’s the complete opposite of what I’ve heard described, and so when I read your piece I started writing a letter to the editor, and I was like, ‘You know what, I want to write this letter when it’s spring and people can read it when they’re drinking on Friday afternoon,’ so hopefully if I manage to do that, that’ll be when I write a letter. I want it to be humorous without sounding like a douchebag, because it’s like, ‘Oh, you graduated ten years ago, you’re writing a letter to the editor?’ So pathetic.

No, we get those all the time.

I know, but I remember when I was at the Review, I [was] always thinking, ‘These people, what are they doing? They’re reading online the College newspaper? Don’t they have a life?’ And so I have to be really careful in how I write that so I don’t sound stupid. But I have a lot of funny things to say about both publications. And I can tell you, like, things I remember, like numbers from college. I remember the number of the Review office, and I also remember what a pack of PBR cost, including tax, when I was there.

Yeah, it’s a little more than that now.

Jumping ahead, what did you do after graduation?

I was thinking about trying to start a college newspaper news service. I don’t know exactly how it would make money, but it would distribute content nationally. After graduating, I was working — my father’s a doctor — and I was working at his office filing medical records and it occurred to me — I don’t know if you’re familiar with the Drudge Report — but there was no liberal version of that. And so, when we started, it was a lot more aggregation, we’ve moved toward writing our [own] content, but it was sort of the liberal alternative to Drudge. And this was, maybe, three [or] four years before The Huffington Post. And so if The Huffington Post had started before us, I think I would be working for some dying mainstream newspaper. But the timing was good, and it took off, and we didn’t have any overhead as an online publication. We just started adding staff as we made more money.

Aside from your obvious affinity for starting your own publications, can you tell me about the decision to create a news outlet from the ground up instead of applying for jobs at The New York Times or The Washing- ton Post?

The simple answer is that it’s the same reason I didn’t want to work at the Review when I was a freshman, which was like, well, you can spend 10 years working yourself up the line in print to end up working at the Times or the Post, or you could start your own thing and see where it goes. And I’m definitely happy that I didn’t take the print route.

The Raw Story is mostly news aggregation as opposed to original reporting. In today’s media climate, what do you think is the journalistic purpose of those sorts of outlets?

We do some original reporting; it’s not really well highlighted. And we’ve done more at various points, mainly when I was actually doing reporting. Sorry, I’m trying to avoid that question… Well, for one thing, longer news articles don’t translate well. I know that people like to say that they read long-form journalism online, but it’s just not a medium that’s conducive to that. And I’ve found that a lot of times, Times reporters are burying the ledes of stories. So what I was able to do a good job of online, and why the site became popular, is that we would find things that people would actually respond to, sometimes that are buried in the ar- ticles, sometimes things that people say on TV that they shouldn’t have said. Like, outrageous things, and clip that, rather than people having to watch the entire show. But allowing you to sort of get a broad spectrum of news without necessarily having to read 20 newspapers. And it’s sort of changed over time, I think that the site is more liberal than I am. [Laughs.] And it’s the same thing, I watch MSNBC and think, ‘Man, how can people watch this shit?’ But, you know, you cater to your audience. Online, it’s all about what people click on. I know that BuzzFeed, Huffington Post, even more than us, their reporters [are] tracking their traffic in real time, and their editors are watching their traffic every day. [At] Gawker, I’ve heard that they even pay people more if they get more traffic on their posts. … We’ve done really big stories, and we’re basically going back to doing original reporting. But the economics of aggregate reporting are… it’s hard to get away from. It’s alluring because it’s much more profitable to do aggregate, but now that we’re more profitable we’re going back to doing more original report- ing and hiring freelancers and trying to figure out what works.

Did you find there to be an infrastructure for aspiring journalists when you went to Oberlin?

I had support, but not because I was a successful journalist — which I do think I was at Oberlin and I have been, I’ve just sort of moved away from it — but because I was good at getting money from people. But that’s a thing in life. That’s a skill in life. … I knew how to go to the Student Finance Committee and I was on the Student Finance Committee. Not at the same time, but I knew [them] and I got the [College] president to build me the office in Burton basement with air conditioning.

How can aspiring journalists set themselves apart when looking for journalism work after graduation?

I think people need to know how to work online. If you want to make money doing it, it would probably be good to try to get internships or experience at online news outlets. … Everything you can do. I know, as an employer, the more experience someone has the better. And since a lot of the jobs are online, the more online experience the better, too. But also, clips that are really good. If you do something at the Review that’s not your standard college article, like some kind of investigative thing, which is hard to do, but if you do something like that and include it in your clips, then that makes you stand out. And also being confident about your work.