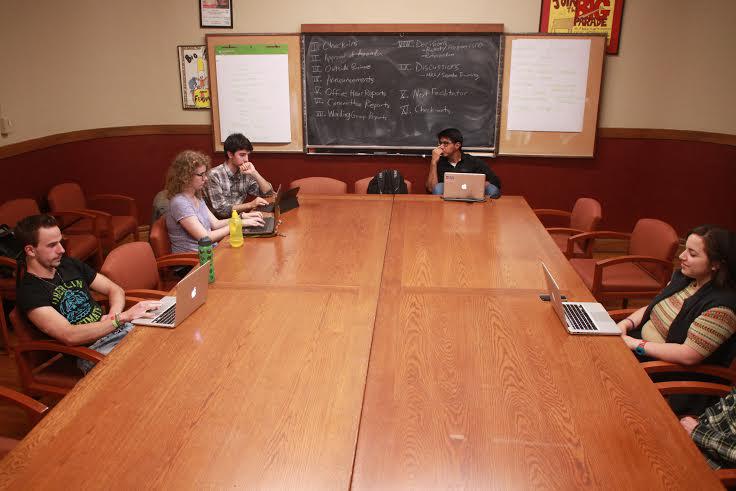 After an acrimonious spring semester and a failed referendum, Student Senate has lost its stipend funding and 14 of its 15 members, marking the upcoming school year as the first in decades that student senators will not receive pay.

A referendum held last spring, in which students were asked in an anonymous email whether or not they believed student senators should retain their funding, failed to attract enough voters.

While about 80 percent of the votes cast were in favor of hourly pay for senators, Student Senate needed a response from over half of the student body in order to achieve quorum. According to College senior and current Student Senator Peter Arden, only 400 students, or approximately 14 percent, responded to the referendum.

Another referendum on pay for student senators, organized by a handful of senators from last year, is being held this fall. Although it is possible that Senate will garner enough student support to restore its funding within the next several weeks, previous referendum failures haven taken the majority of the year to reach quorum.

According to College junior Aaron Appel, an outgoing student senator, the lack of pay is already limiting Senate’s accessibility for low- income students who can’t afford to do the work for free.

“I’ve had friends come to me, who I think would be awesome in the Senate and who would really reach students and make sure that more student voices are sitting around the table, and say, ‘You know what? I want to run, I would like to do it, but I can’t afford to.’ And that’s really hard to hear. That’s hard to know. Because we screwed up last semester, students can’t be represented properly at Oberlin College. That’s messed up,” Appel said.

Arden was a first-year on Student Senate in 2012 when the referendum was last passed.

“[In 2012], they had started the pay reaffirmation first semester at some point, and they were struggling to get votes. They were already doing publicity, they were already sending out emails, they were already actively recruiting people, they were very active about it, and that referendum actually passed the summer after that year. Honestly, it was a huge struggle. The referendum was open to be voted on the entire year and that summer and we barely got it,” said Arden.

Arden noted that the members of the Student Finance Committee, who also have to get their pay reaffirmed biannually, managed to do so last year, unlike the Student Senate.

“SFC was smart,” said Arden. “They started at the beginning of the year, so they had all year to collect ballots. That’s why they got reaffirmed.”

According to Ziya Smallens, a senator last semester and a College junior currently taking a semester off to work on a campaign, another factor in the failure of the referendum was the divisive and unproductive nature of Student Senate last semester.

“It’s funny how much Student Senate reflected the U.S. Senate in terms of gridlock,” said Smallens. “I think that people said, ‘You’re not doing anything to represent us’, and I don’t think the polarized nature of Student Senate truly reflected sentiments on campus. I’m not placing blame, I’m just saying that at the end of the day, the way things clashed, we were not serving students best.”

In addition to its lack of funding, Student Senate has also suffered a multitude of resignations. Students will vote to fill 14 of the 15 seats on Senate in the election this fall with only one senator returning, a ratio which some believe to be a historical first.

College junior Machmud Makhmudov is also the only senator currently running for re-election. Senators are required to run for re-election every two semesters in order to continue serving on Senate.

“We had a lot of resignations for different reasons,” said Appel. “Some senators didn’t feel like this was their thing on campus, and after such a contentious semester you might want to try some new stuff. One senator suffered an injury — she’s doing better now — but that prevented her from coming to meetings [and] two senators are working with campaigns. It’s a lot of bad luck mixed with bad feelings from last semester.”

Several other past senators have declined to comment on their reasons for resignation.

Smallens said he recognizes both the potential and the need for Student Senate to improve.

“I think the tone of Student Senate is going to be way different this year, partially because it’s unpaid and also because people kind of assume there is going to be a lot of conflict and tension, and I don’t think that’s the case; I think Senate this year has the potential to be way more unified,” said Smallens. “I’m hopeful about it.”

“A lot of people say, ‘Oh, Student Senate, it doesn’t really matter,’” said Appel. “And in and of itself, in plenary and working groups, we don’t necessarily get a lot done. But I think the fact that we can appoint students to committees where they can be sitting at the table with Dean [Eric] Estes or [President] Marvin Krislov on different issues and really have their input on College policy — I think that’s huge. And that’s why this is such a huge issue. Because it really affects how student input is given.”