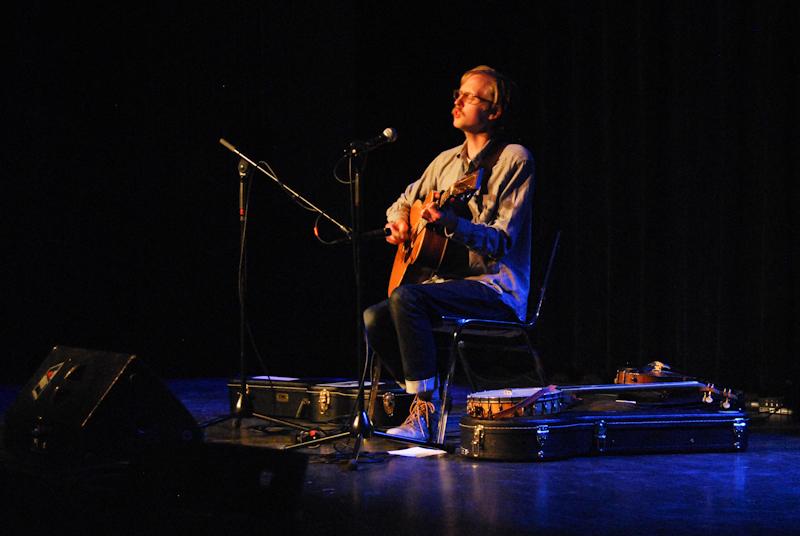 New England–based songwriter and guitarist Sam Moss performed Monday at the Cat in the Cream. His program consisted of a variety of original and traditional folk songs, and Moss’s casual style encouraged listeners to relax and appreciate the graceful simplicity of his lyrics and melodies. Trained at the Berkley College of Music, the Vermont native has recorded eight solo albums as well as two in collaboration with old-time group The Howling Kettles. His tour of the US will continue with a stop in Montpelier, VT on Dec 7.