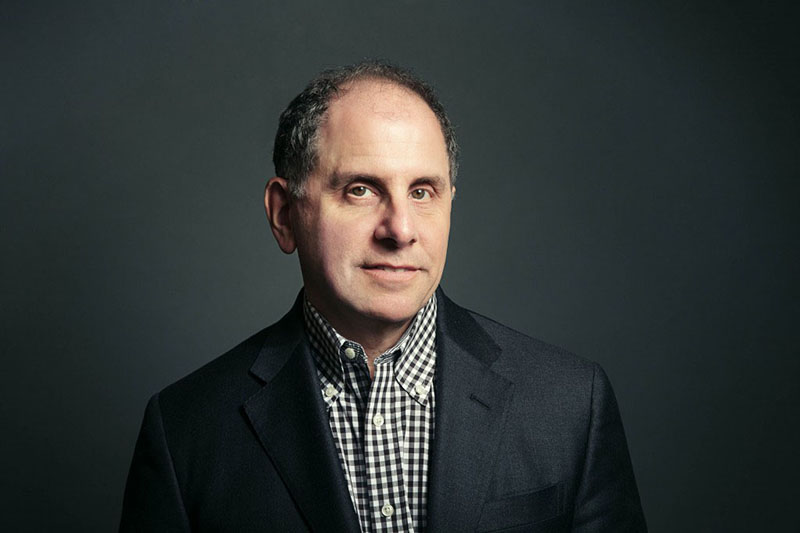 Distinguished journalist and Oberlin parent James Andrew Miller visited campus to discuss his New York Times bestseller Live From New York: An Uncensored History of Saturday Night Live, As Told By Its Stars, Writers and Guests on Saturday, Nov. 8. His insights ranged from the popularity of certain skits to the future of SNL.

A gaggle of bleary-eyed Obies and their guardians filled the rows of the Apollo Theatre on the morning of Saturday, Nov. 8, the second day of Parents Weekend, for journalist James Andrew Miller’s talk on his lauded 2003 book, Live from New York: An Uncensored History of Saturday Night Live As Told By Its Stars, Writers and Guests. The Apollo’s auditorium, which seats approximately 500, was at near capacity, with parents and students alike agog for the talk about one of the country’s most recognizable pop culture behemoths.

In his opening state- ment, College President Marvin Krislov attributed work’s universal excitement to the cross-generational nature of the sketch comedy giant. Punctuating his speech with a quip that evoked chuckles and groans in equal measure — “Live from Oberlin, it’s James Miller!” — he set the stage for the bestselling author.

Miller himself is the parent of an Oberlin student. He boasts an impressive quarter-century career in media and politics, during which he has written speeches for former Republican Senator Howard Baker and profiled Nancy Reagan for Life magazine. Miller featured interviews with ESPN correspondents and high-profile athletes in his book, Those Guys Have All the Fun: Inside the World of ESPN — a hotly anticipated account of the network’s history. He went on to co-write Live From New York with Pulitzer Prizewinning television critic Tom Shales.

Live From New York was dubbed by Fortune magazine as one of the “75 Smartest Books We Know.” Janet Maslin of The New York Times praised the book as “a sharp-clawed, incisive account of how nearly three decades’ worth of comic talent has emerged from a single television show.” In 2014, in honor of the show’s 40th season, the authors released an expanded edition of the book, containing over 100 pages of additional material on the last decade of SNL history.

Miller mentioned that his book consists of over 500 uncensored interviews with cast members, producers and guest stars throughout the years. In Miller’s talk, however, references to behind-the scenes controversies were surprisingly scant. He described the development of a typical SNL episode and then launched into a cursory and relatively traditional history of the show, which he anchored with carefullyselected sketches.

Beginning with the first sketch the show ever aired, an offbeat bit featuring an English teacher (Michael O’Donoghue) asking his willing Eastern European pupil (John Belushi) to repeat inexplicable phrases about wolverines, Miller traced the show from its infancy in the ’70s to the Dick Ebersol era to the emergence of recurring characters to the recent rise of digital shorts.

Occasionally, the benign commentary brought up touchy subjects. Miller seemed cautiously critical of Lorne Michaels’s monopolistic authority over the show’s production. “Saturday Night Live is a dictatorship. When Lorne Michaels puts those cards on the board, that’s the way it is,” Miller said at one point, referring to Michaels’ practice of posting the sketches chosen to be included in an episode on a bulletin board before the episode goes live on Saturday night. He recounted a young Billy Crystal’s aborted appearance on the show’s first episode; the fledgling comedian walked out after Michaels insisted he cut his routine in half.

There is no doubt that Miller is a consummate expert on the show and an avid fan. Though he may not have been able to provide in 40 minutes anything close to the raw revelations he digs up in his 656-page book, he delivered his account with assurance, humor and passion. It was easy to share his evident delight in the sketches he chose to present, from Eddie Murphy’s hysterical take on Mister Rogers’ Neighborhood to Will Ferrell’s near-legendary performance in “More Cowbell” to Kristen Wiig and Bill Hader’s uproariously melodramatic roles in “The Californians.” President Krislov’s comment on cross-generational bonding seemed to ring true; one could not help but feel the warmth in the Apollo as parents, students and Miller himself shared laughs over some of the show’s most iconic moments.

At the end of the talk, Miller discussed his lukewarm reaction to the current season, SNL’s 40th, and called it a transition year. He suggested that the show’s challenge now is to remain relevant amid a slew of newer, similar programs. “It used to be when we watched ‘Weekend Update’ [a recurring SNL segment in which cast members comment satirically on the news], there was nothing else like it on television. Nowadays, Jon Stewart does that every night,” Miller said.

Miller devoted the last 20 minutes of the hour to a Q&A session. Prompted by inquisitive audience members, the writer finally shared some behindthe-scenes details. Miller discussed former cast member Chris Farley’s habit of trying on John Belushi’s old costumes and his subsequent death at the same age as Belushi. Discussing the recent empowerment of women in the show’s production, he mentioned an incident in which Amy Poehler challenged Jimmy Fallon after he objected to her swearing.

The journalist recounted how, in his 20s, he served as a “captain” on an A–Z bar tour, a pub crawl popular among SNL cast members during the show’s early days, during which he had to confront a drunken Belushi and usher him back to the bus. In these moments, Miller offered a glimpse of the engaging storytelling that propelled his book to the top of the New York Times bestsellers list.