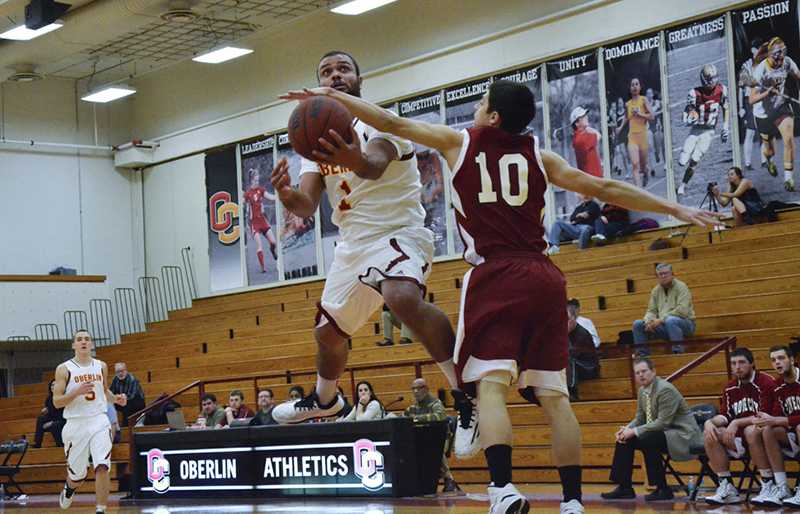 In need of a win to get back on track after falling by double digits in consecutive North Coast Athletic Conference games, the Yeomen dominated the Wolverines from the start, jumping out to a 40–17 first-half lead.

The victory was a team effort, as four Yeomen scored in double figures. Junior big man Randall Ollie led the way with 14 points on five-of-six shooting to go along with two rebounds and three blocks in a limited 19 minutes of play. Senior guard Austin Little also played well, matching Ollie’s team high of 14 points and going four-of-seven from behind the arc. Sophomore guard Jack Poyle, the team’s leading scorer, added 13 points of his own to give him his fifth double-digit scoring output of the season. Junior guard Ian Campbell rounded out the high scorers, chipping in a career-high 12 points off the bench in the emphatic win.

Little in particular was a vital spark off the bench, hitting multiple clutch three-pointers to extend the Yeomen’s lead in the second half and put the game out of reach for the Wolverines.

“The majority of the looks I got were wide open, which means our offense was getting the defense to shift and rotate a lot,” said Little. ”And then other guards were doing great drawing all the help and finding me and other shooters.”

After scoring a combined three points over his previous three games, Little knew his luck would improve if he continued getting open shots.

“The law of averages came into play; I had been really cold for a few games, so eventually the shots had to start falling,” he said.

The team debuted a new starting five against Grove City, with senior Miles Gueno getting the nod and junior Matthew Walker coming off the bench. Gueno performed well in the role, contributing five assists and two steals. Despite the promotion to the starting lineup, he continued to preach a team-first attitude.

“I am at a point in my college basketball career where all I want to do is win, and I am willing to make sacrifices as a senior in order to do so,” he said. “Whatever Coach [Isaiah] Cavaco asks me to do, I will do for the team.”

The guard-heavy lineup effectively utilized its speed and quickness on both sides of the ball, forcing 24 turnovers — 21 of which came off of steals by the Yeomen. That defensive effort paid off on the offensive end as the Yeomen scored 24 points off of turnovers and 15 fast break points. They also held the Wolverines to a .304 field goal percentage, all while shooting .409 from the three-point line and .463 from the field.

“A four-guard line plays into how we really want to play, which is fast,” said Gueno. “We want to speed teams up on defense and force them into bad shots. On offense, a four-guard lineup puts pressure on the opposing defense because we get out in transition quickly and about every guard can step up at any time and provide a lot of the scoring if necessary.”

On Wednesday, the Yeomen were unable to continue their winning ways against conference rival Denison University. The team fell behind 43–24 in the first half against the Big Red and was unable to make up the deficit, eventually falling 90–56. Sophomore guard Nathan Cohen led all Yeomen scorers with a game-high 14 points but also committed a costly eight turnovers.

“Our focus wasn’t what it should’ve been,” said Ollie. “If you don’t come with your A-game, that’s the result you’re going to get. Now we just have to work hard in practice and get a better result on Saturday.”

Looking to rebound from the tough loss, the team will wrap up its three-game homestand when it takes on the DePauw University Tigers on Saturday at 1 p.m.