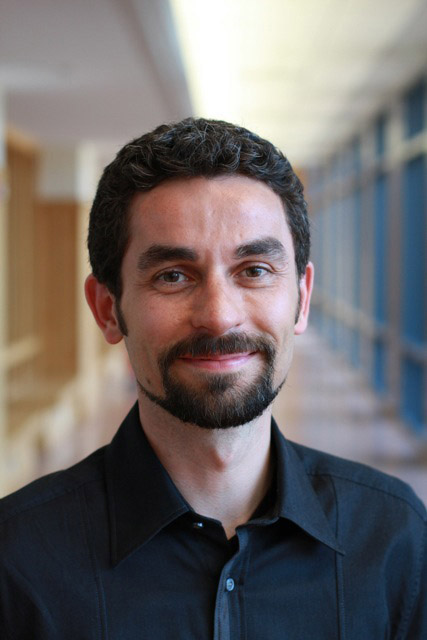 Jesse Rowsell, an assistant professor of Chemistry, passed away on Jan. 30.

Grieving students, faculty and staff filled bulletin boards in Love Lounge with stories and drawings in memory of Assistant Professor of Chemistry Jesse Rowsell this week.

“I am convinced, along with all of my Chem 101 friends, that he was completely brilliant, but he was so much more than that,” read one anonymous note. “Vibrant, funny, inspiring and wise, he treated us as people first, then as students, and never as numbers on a page.”

Rowsell passed away at age 37 on Jan. 30, leaving behind his wife, Associate Professor of Chemistry Rebecca Whelan, his sister, Rima Rowsell, and his parents, Shelley Rollins and Murray Rowsell. He will be remembered for his passion for research, his classroom antics and his contributions to both his students and the Chemistry department.

“Jesse’s pairing of high academic standards with a caring persona inspired his students to achieve things they might not have thought possible,” said Biggs Professor of Natural Science Matt Elrod in an email to the Review. “His passing is all the more difficult because of the sheer number of students he touched as an instructor, advisor and research mentor. He will be greatly missed.”

Over the course of his career, he published 22 articles in peer-reviewed publications, including six first-author papers as an undergraduate. Rowsell continued his research as a faculty member at Oberlin, collaborating with students and Professor of Physics Stephen FitzGerald.

“We each, in turn, taught the other a wealth of chemistry and physics,” said FitzGerald in an email to the Review. “We brainstormed ideas for future projects, analyzed our results and spent countless hours side by side working on the latest paper. Jesse was meticulous in this work.”

“He was a specialist in metal organic frameworks, which are exquisitely structured molecular entities,” said Elrod. “Most of us thought it was no accident that Jesse was attracted to beautiful molecules, as he clearly had other artistic interests as well.”

Outside of teaching and research, Rowsell worked on many artistic projects, such as designing the neon sign for the Chemistry department, participating in the Oberlin Chalk Walk, taking pictures of science objects, making music and hosting two shows on WOBC, Blue Light Scintillations and Patio Season. He also enjoyed having long, open conversations with friends.

College President Marvin Krislov said that Rowsell’s passing is a great loss to both the College and the Oberlin community.

“Jesse Rowsell was a wonderful teacher, scholar, friend and colleague, and we will miss him,” said Krislov in an email to the Review. “Our community mourns his loss.”

Rowsell’s family will announce memorial services at a later date.