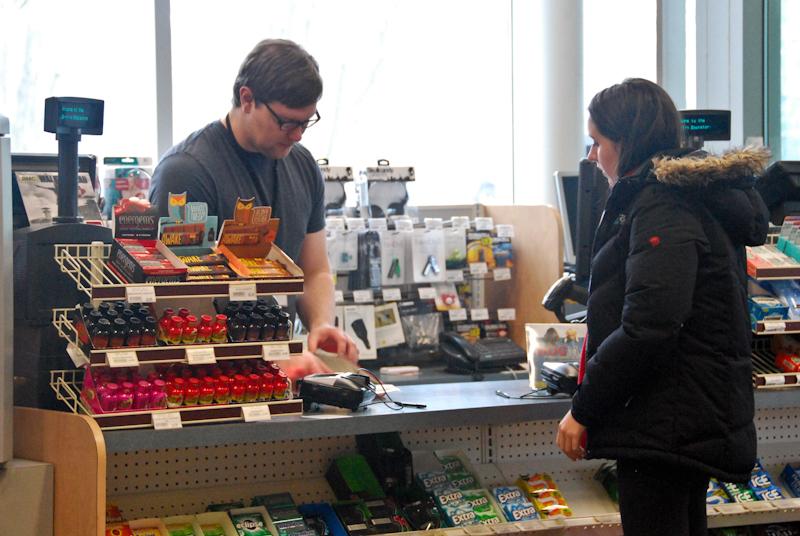 According to Krislov, the fund is meant to supplement students’ overall financial aid package. “There may be individuals who have even more needs because of either the subjects they take or because certain things happen, medical problems or something like that. That’s why these emergency funds are so valuable and important,” said Krislov.

“Doubling the fund might mean exponentially increasing the amount of students who have access to these funds — students who might’ve always demonstrated need in some areas but didn’t recognize that they could turn to the College for financial assistance outside of grants and scholarship money,” said Megs Gisela Bautista, a College senior and one of the few student senators who identifies as low-income. “In the long-run, increasing the fund will at the very least start a real, frank conversation on campus about class privilege and the ways in which Oberlin is structured,” she said.

Bautista expressed that she has only had positive experiences with the fund as far as accessibility goes; however, she worries that some faculty and administrators may be more skeptical and speculate that students are just trying to game the system. If students cannot afford to purchase books the traditional way, they are forced to find alternative sources.

“Students have been making do with electronic copies, photocopied library books, four-hour rentals of books on reserve and guerilla PDF sharing, which simply isn’t fair if the College [claims] to meet all of their demonstrated financial need,” Bautista said.

Another way students can get their textbooks is through SWAP, the Oberlin book co-op. Located in the basement of Harkness House, SWAP has created a system that allows students to turn in their books for points and use those points to check out other books in turn.

“Our model is effectively just a formal system of what people normally do, which is just trade their books with their friends or people they know and shar[e] textbooks between semesters or try to find other resources or other ways to get cheaper books,” said Andres Cuervo, a College second-year and the web developer for SWAP. “It’s all about freedom to access of information.”

Cuervo said that since Barnes & Noble has taken over as the main place to get books on campus, some professors have been understanding, but not all.

“It’s very much a dichotomy,” said Cuervo. “Either a teacher refuses to acknowledge the costs of textbooks and says, ‘This is my textbook, figure out how to get it,’ or [they’re] really good about not updating to a new textbook because they changed a single page, trying to not to use a textbook as heavily or convert it to PDFs. But it’s definitely a mixed bag.”

Bautista said that Oberlin’s hidden costs do not stop at books, but instead include a plethora of other expenses, such as art supplies for classes, gear for student-athletes and other miscellaneous supplies such as notebooks, clickers and lab goggles. Other costs can include things like parking permits and bike down payments.

“Oberlin really wants to try to make sure that students have the basic necessities,” said Krislov. “The challenge is trying to figure out how much the institution and how much the family contributes.”

According to Bautista, many wealthy students do not fully understand the challenges faced by their peers.

“Unless every low-income student is receiving a weekly or monthly stipend from back at home, there are students who have to make their toothpaste and soap last the entire semester or else and who have holes in their pants and little recourse to replace them … and DeCafé doesn’t even carry essentials like pads or tampons, so this really is an unavoidable expense that many who are financially secure don’t account for as a struggle,” said Bautista.