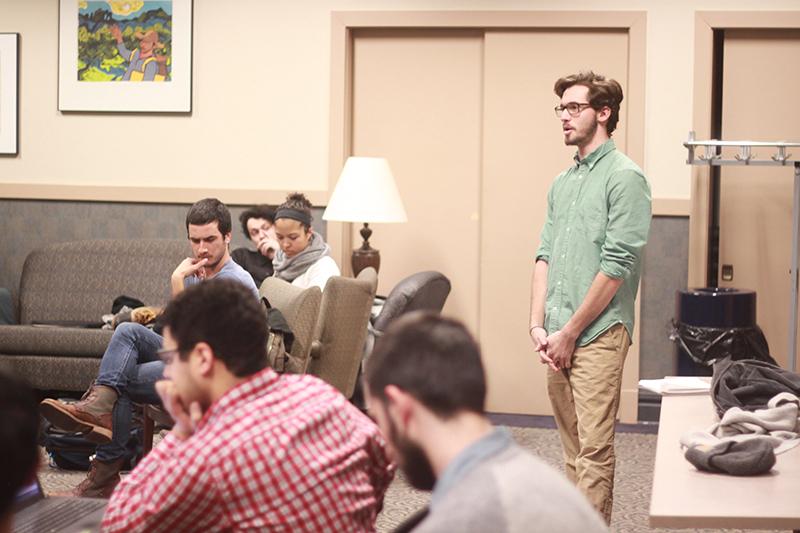 The Steering Committee is a group of administrators, faculty, trustees and students who are meeting several times this school year to write the new Strategic Plan, the document that will codify the College’s long term financial plans regarding areas such as diversity, sustainability and revenue. A new Steering Committee is formed roughly every 10 years.

Prior to last week’s elections, the committee only had three positions for current students. After the events and protests of last semester, Student Senate worked with President Krislov and co-chair Diane Yu, OC ’73, to add six additional student spots, in the hope that the change will allow students to have their voices heard while these important decisions are made.

The first three new members were chosen through an election open to all students. Twenty-seven percent of the student body voted in this election, the highest turnout for any kind of student government election in years. The 12 candidates who were not elected then gave speeches and answered questions in front of Student Senate before Senate selected three additional students behind closed doors, bringing the total number of students on the committee to nine.

“Sunday was hard in terms of appointing people, because I feel like everyone who came up was deserving of being on it,” said College junior Machmud Makhmudov, Senate liaison and one of the three students originally appointed to the committee. “Unfortunately we had to whittle it down to three, and I’m happy with those three we chose.”

However, even after the high turnout election, it’s clear that many Oberlin students still don’t know basic information about the Steering Committee.

“I’m grateful for everyone who voted for me, but I keep thinking about the number of times I had to explain to people what the Steering Committee is, and that we have a Strategic Plan,” said Anderson, one of the new Committee members. “These plans really make a difference at Oberlin, so hopefully having more students on the Committee will get the word out more.”

Of the several issues new Committee members have with the 2005 Strategic Plan, most of the candidates referenced the old plan’s goal to increase overall revenue for the school while still increasing accessibility to minorities and low-income families. Pulley believes both of these goals can only be acheived if the school invests more in scholarship programs.

“I think if Oberlin needs to find a way to increase revenue and decrease its discount rate, the only way it can increase the number of minorities on campus is by expanding its partnership with scholarship organizations,” Pulley said. “As a current scholarship student, and now with nine students giving their opinions, I think we’ll be able to steer the Strategic Plan towards improving things like diversity.”

According to Mvurya, another new Steering Committee member, it’s not possible to increase minorities while still maintaining a lot of full-paying students.

“If you’re trying to retain full-paying students, that will cut your diversity just because of the makeup of America, since the majority of them are white,” Mvurya said. “I think we need other sources of revenue, so I think focusing on some other projects like my idea to have more efficient recycling, we can start making more money without lowering the amount of minority students every year.”

While some have criticized Student Senate in the past for lacking diversity, the three students elected by the student body were all women of color. According to Pulley, this is due in part to the protests and campus discussion last semester surrounding incidents of police brutality in Ferguson, MO and around the county.

“Following the events of Ferguson and other racially charged events, I think Oberlin was affected in the same emotional way America was,” Pulley said. “So I think as a school we decided to hop on and say, ‘We support black women and minorities,’ even if it’s lacking in the student body.”

Aside from diversity, one issue several students brought up was that of bringing the campus back to its historic image. According to new Committee member Arp, one of his goals is to change Oberlin’s atmosphere so students aren’t as stressed.

“I just hate that every time I ask someone ‘How’s it going?’ the first thing they say is, ‘I’m so tired.’ Oberlin used to have the reputation as the loose, hippie, intellectual school where really smart people go to not kill themselves like in Yale or U Chicago,” Arp said. “I fear that Oberlin is heading toward that, and that’s not what produces passionate, creative individuals the school’s known for.”

Along with workload, Arp says one issue the Steering Committee needs to consider is creating a more closely knit community within the student body.

“I think the trick is both inviting students in and giving them a place where they can feel comfortable and also letting them connect with the overall community, because it’s really hard,” Arp said.

One way Arp believes the school can create this togetherness is by improving new student orientation in order to create a better community between older and younger students.

“Orientation is your very first experience at Oberlin, but when you get here you’re just thrown into the wilds with nothing to support you,” Arp said. “I have friends at a bunch of different schools who tell me about their orientation experiences, going on trips and bonding with older students. We just don’t have that here.”

The next Steering Committee meeting will be from March 12–13.