The Oberlin Review • May 8, 2015 • https://oberlinreview.org/8222/news/city-council-delays-green-acres-decision/ 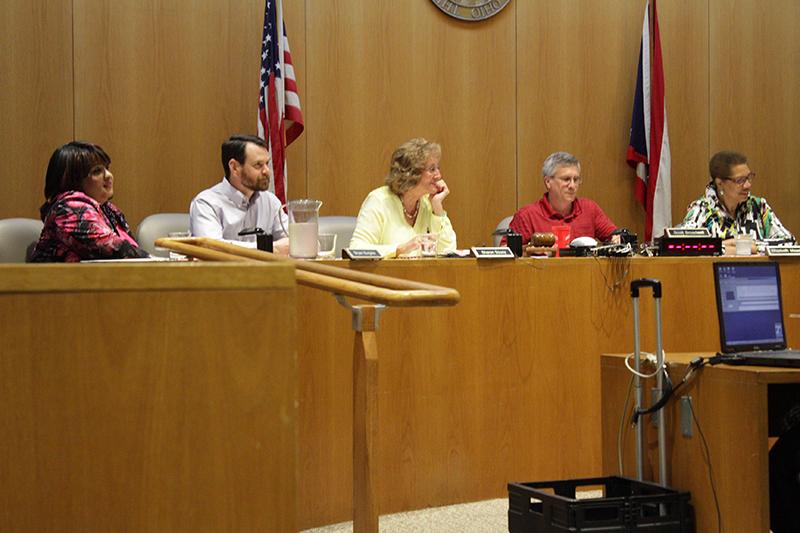 The Oberlin Community Benefits Coalition, an organization dedicated to creating opportunities for community members, asked Oberlin City Council to delay moving forward with the Green Acres project, a proposed mixed-income housing development, during last Monday’s City Council meeting. Members of OCBC said they feel that City Council has not heard enough feedback from residents about the project and should wait to begin the rezoning process until OCBC can gather more community input.

“We’re not here to stop the project. Our aim is to define the community requirements,” said OCBC co-chair Arlene Dunn at a City Council meeting Monday.

During the meeting, the Council decided to postpone voting on the preliminary site plan after receiving a letter signed by several community members requesting a delay. The letter’s request was based on input from a community meeting hosted by OCBC on April 23. The majority of attendees at the meeting signed the letter, including member of the Planning Commission Peter Crowley.

The letter also called for better communication between the city and the community.

“The city’s process for pursuing this project has been ineffective thus far, especially in soliciting community input and support for the project and that there is a need for much better communication on many levels,” stated the letter.

OCBC was formed just over a year ago, and one of the organization’s main goals is to guide the formation of Community Benefits Agreements — agreements between community groups with input from local residents and either the developer of a project or the city government.

“These agreements list what the community wants to get out of the proposed project, like union standards and wage agreements, might include having green space provided for, people being displaced — what are the community’s needs in this upcoming project?” Dunn said. “We don’t feel as if we’re at the point of entering into a Community Benefits Agreement right now.”

OCBC is holding a meeting on May 11 at the Oberlin Public Library, which will be facilitated by a representative from the Oberlin College Dialogue Center, to try to gather more community opinions.

“Over the last year or so, any public meeting that the community was invited to was all about the Community Builders’ specific proposal,” Dunn said.

This meeting, however, will be open to broader community input. Dunn said the presence of an OCDC note-taker will, unlike for previous public meetings, provide impartial minutes.

Several members of City Council have raised other concerns about the project, such as Oberlin Planning Commission’s decision to not to recommend rezoning the site for the project. However, City Council has the final say on rezoning.

“I’m not sure why we’re continuing along this path. … Generally with a project of this magnitude, we go with the recommendation of the Planning Committee,” Council member Elizabeth Meadows said at the Monday meeting.

City Council needs at least five votes to overturn the Planning Committee’s recommendation. Since Council member Bryan Burgess has recused himself because he lives on College Street next to the proposed development site, this leaves six voting Council members.

“I am hoping that there still is an opportunity for a decision that will satisfy more people to see that the project goes forward,” Council member Sharon Pearson said.

Councilman Ron Rimbert was also in favor of moving forward with the project but was concerned by the delays.

“The longer we take, the more difficult it gets. … I’m not really sure where we’re at with this project,” he said.

Additionally, City Manager Eric Norenberg expressed concern that the necessary site plan approval and rezoning would not be completed in time for Community Builders to meet next year’s February tax credit deadline.

Green Acres will be on the agenda once again at the next City Council meeting on May 18.