The Oberlin Review • May 8, 2015 • https://oberlinreview.org/8254/arts/little-fest-to-celebrate-oberlin-musical-talent/ 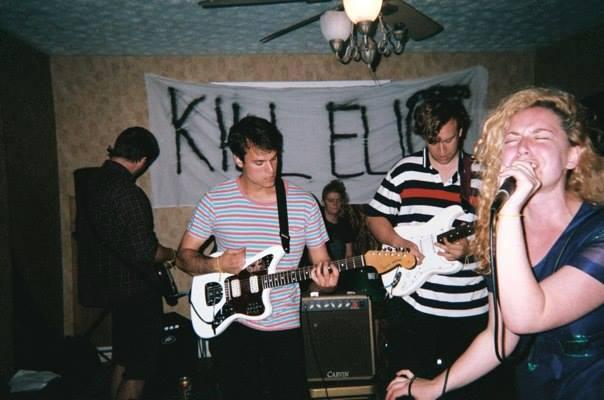 This Commencement weekend — May 22 and May 23 — the second annual Little Fest will take over Oberlin. According to event organizers Jake Rivas, OC ’14, and College senior Mark Moritz-Rabson, Little Fest is “the biggest and only independent music festival to be held in Oberlin.”

The festival is designed to appeal to any true music fan. It offers a little bit of everything. “We have 54 acts, including your indie rock bands with certain twists. … There’s indie rock, there’s rock influenced by jazz,” Rivas said. “[There are] postpunk, hip hop, electronic producers, full bands with electronic elements, some jazz and an acoustic stage,” Moritz-Rabson added. “There’s gonna be three to four stages each Friday and Saturday, so there’s a lot of different options. Basically you’ll be able to see any genre of music on any given day. There are 20-minute sets and 40-minute sets. So, if you were to hypothetically stay at one stage all night, you would see seven different acts and a lot of different genres,” he said.

It’s a great opportunity to see acts one last time before they leave campus for good, Rivas said. “It’s exciting because it’s the last chance to see x person you care about, or x person whose music you follow, or x person whose music you’ve heard is good but haven’t had an opportunity to see,” he said. According to the pair, there will also be a number of acts that seldom play on campus, save for once or twice a year.

For most of the acts, the festival represents a last hurrah. “There’s a lot of talented musicians who come together to make a scene. And they’re gonna stay talented musicians, but they just might not play together ever again,” Rivas said.

Rivas had the idea for Little Fest last year as a senior. Lamenting the fact that the music scene would no longer be available to so many graduating seniors, he decided to put together a space in which everyone could enjoy Oberlin’s music before leaving campus, “The idea was just to get everybody who loved music together one last time before graduation and have enough space for everyone to see something that they care about,” Moritz-Rabson said.

Last year the event was put together relatively quickly on a shoestring budget, but this year things are different. “The student body has been so supportive,” Rivas said. “We set a fundraising goal that was not shy and surpassed it by about a third.”

The event will highlight DIY ethics. “It’s not a forprofit venture,” Rivas said. “There’s no stake that anyone has other than wanting it to happen. DIY outside of a college is the same way in that everyone is doing what they can to try and make a scene and make a scene exist.”

As Rivas said, this scene is centered on bringing the community together. “It’s primarily an interpersonal thing,” Moritz-Rabson said. Rivas shook his head in affirmation and added, “Oberlin sustains itself, and we organize.” To them, bringing the community together is the most rewarding part of the experience. “My favorite thing last year was when a friend of mine said his dad had never seen him play music but finally got the chance at Little Fest. That was really moving for me,” Rivas said.