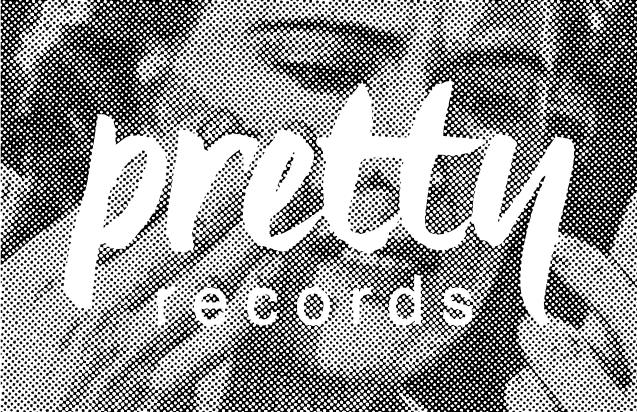 On a weekend night last year, the Harkness House basement was crowded with students excited for a night of music performances. Guitarist Claire Kotarski plugged her instrument into an amp. A man working tech for the show approached her and said, “You’re not supposed to do that. That’s not the right amp to plug into.” While this man was simply frustrated and short with the musician, he didn’t think twice about the power dynamics involved in this interaction. Such statements can make women and non-binary musicians doubt themselves and their knowledge of technical equipment and can turn musical venues into uncomfortable and inaccessible spaces.

Double-degree junior Sarah Snider, who is part of the TIMARA department and a co-electronic genre director at WOBC, hopes to work toward dismantling the patriarchy within music communities through her new record label, Pretty Records, which she launched at the end of this summer. The record label is specifically for women and non-binary folks or “non-dudes” — an inclusive and informal term that Snider likes to use to describe people who don’t identify as cis white men. “Our goal is to provide visibility for [marginalized] people,” Snider said. “It’s really helpful for people to see people like them making music and doing it on their own.”

With encouragement from a friend, Snider created a kickstarter campaign over the summer to earn money for the label. Executive Producer of WOBC’s Live from Studio B and College sophomore Becca Winer quickly noticed Snider’s project. “I saw Pretty Records blow up on Facebook when it first came out and clicked it immediately because I think Sarah Snider definitely knows what’s going on,” she said. “It’s the kind of thing that you’ve been waiting so long for someone to just do and Sarah really just did it. I shared it right away, put in a couple bucks and am excited to see what will happen next.” Community members and new music enthusiasts Larry and Arlene Dunn were also thrilled to hear about Pretty Records and have been vocal and passionate supporters of Snider’s efforts. “It was encouraging to see that Sarah’s rather modest $500 ambition has raised $1,600 dollars already, so there’s obviously more of a community inclined to support this than was her baseline hope,” Larry Dunn said.

Pretty Records just released its first recordings this week, including songs by Charlie Down, Emo Side Project and i tried to run away when i was 6. While all the bands play indie-rock music, Snider notes that Pretty Records seeks to support diverse genres of music, reflecting the diversity of non-dude musicians.

Snider started Pretty Records in part because of patriarchal oppression she observed within music communities in Oberlin and elsewhere. She noticed that often people justify not adding women and non-binary folks to the booking list because they don’t want to book just any non-dude act, but one that is excellent. Snider explains how this thinking is oppressive and flawed. “Since [non-dudes] are expected to be the best from the get go, [they] never really get the opportunity to make mistakes and experiment, which guys do. For guys it’s like, ‘They’re growing as a band,’ or ‘They sang really badly, but it’s just their style,’ whereas if you’re a non-dude and you play the guitar poorly, then, ‘Oh, you’re a terrible musician.’” Snider hopes that the label will help combat these unjust attitudes that she and others observe by giving legitimacy and weight to non-dude musicians.

Pretty Records also hopes to build a supportive community for non-dudes in music simply by organizing people to work toward the common goals of opening up spaces and resources for non-dudes in music and encouraging them to make music. Winer emphasizes the importance and need for such a community. “I think there’s no better feeling than having a conversation with someone in a similar boat as you. That’s a really strong way to validate your experience where you just feel totally empowered and totally supported.”

Alison Kozol, OC ’14, who, along with Snider, is involved in activism supporting marginalized voices in music, thinks that Pretty Records will also be vital in raising awareness of non-dudes in music. “It allows for invisible acts, bands and musicians to have a publicized platform, which is all you really need to be noticed or booked. I think it’s good because it just showcases these people who you wouldn’t normally see perform or record because of so many complex reasons.” Snider elaborated that simply seeing people like yourself performing is empowering, especially considering the erasure of non-dudes from stage spotlights and roles in studios. Recently, she came across a blog called Female Pressure that displays images of women in the studio. “We’re not documented in the studio; the images that you see are dudes doing things, so just having a place where you see so many pictures of people who are not straight cis white guys in the studio was empowering.”

Another aspect of patriarchy within the music communities at Oberlin that both Snider and Winer have noticed is that non-dudes often don’t know how to get involved in male-dominated studio work and doubt their own abilities because of patriarchal arrogance. “I know a lot of guys here who mix and master a ton of recordings or just go into a studio and figure it out,” Winer said. “They can just pick up a wrench and become an engineer, but for me, I feel I want training. I need some sort of proof that I’m capable of doing this, and I think it’s definitely resulted from this culture where non-dude people are made to feel that they need to earn their space here, whereas it’s given on a platter to a white cis male.” To combat this problem Snider offers people who release through her label help with mixing, mastering and recording if they want it as part of Pretty Records. Meanwhile, Winer is in the process of planning a biweekly open hour for non-dudes at Studio B to create a space for them to share their musical, studio and recording knowledge and ask questions.

These positive efforts are only the start to eliminating patriarchy in the Oberlin music scene. Snider especially encourages men to speak out when they see instances of such oppression. “When there’s an all-dude line-up just be like, ‘Hey, this is messed up,’ or if you see someone acting in a way that might make other people feel unsafe in a space and it’s your buddy who’s drunkenly moshing at this thing and making a bunch of people feel uncomfortable, just be like ‘Hey maybe don’t do that right now. You may not realize this, but you’re bumping into a lot of people and pushing them out of their physical space.’” Kozol adds that she hopes that concertgoers will pay more attention to who they’re supporting and giving profits to. “One of the things you can do is patronize musicians and buy stuff from them: buy tickets to their shows, donate money to them, go to their concert, help them poster for the concert, tell your friends about it, share music. If you have a radio show, you could have a female-themed show, which a lot of people do, but you could also just not have a female-themed show or just not do a themed show and just have a genre show and play mostly non-dude musicians. Just normalize these things.” Winer concludes emphatically, “I think if we could never book another all male line-up again that’d be really great!”