City to Transform Gasholder into Museum 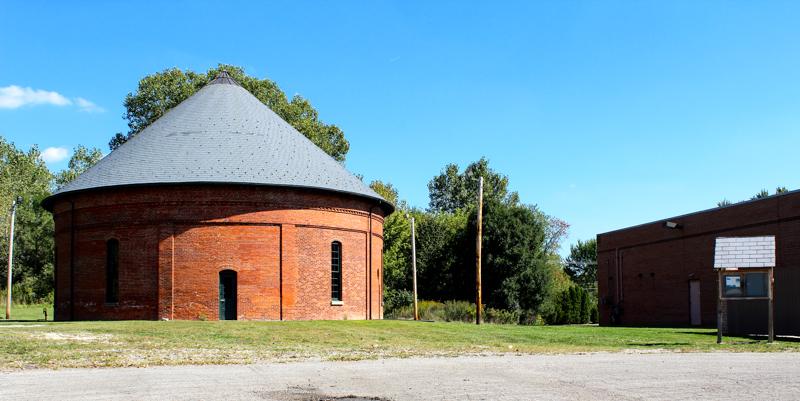 The Oberlin Gasholder Building, constructed in 1889 to store coal gas, will house the new Underground Railroad museum. The planning group is still finalizing a construction timeline amid budget constraints.

Oberlin has found a new use for an old building: a museum commemorating the city’s role in the Underground Railroad, housed in the Gasholder Building on South Main Street behind McDonald’s. City Council held a special meeting on Monday to continue planning for the new museum.

The museum will contain artifacts, a library with books about the Underground Railroad and Black history, a lawn where company picnics and reenactments can be held, a small exhibit wall, a gift shop and an exhibit that will include a personal story.

The Oberlin Underground Railroad Center will be dedicated to “serving diverse constituents,” according to Shara Davis, a member of the museum planning team. The center will aim to honor African-American heritage and serve as a tourist gateway and transportation hub to educate people on the city’s history with anti-slavery movements.

The 126-year-old Gasholder Building was historically used to store the manufactured coal gas that provided heat and light to the city. The building was saved from demolition in the late 1980s, added to the National Register of Historic Places in 1998 and donated to the city of Oberlin in 2004.

The most popular choice within the city was to renovate the building into an Underground Railroad Center and a Park & Ride initiative so it could be one of many museums on a bus tour.

“[We are] reach[ing] out to some similar Underground Railroad centers in Ohio and surrounding states,” Davis said in the City Council meeting.

According to Davis, the planning committee can estimate the necessary budget, expected revenue and how long it will take the city to break even on the center by referring to similar Underground Railroad centers as an example.

The funding for the museum comes from several sources: $435,542 from the Northeast Ohio Areawide Coordinating Agency, $200,000 in grant money and $50,000 from the city of Oberlin. The team will continue to hold fundraisers and apply for grants, sponsorships and partnerships in the future. Other potential funding sources may include membership fees from schools for a certain number of field trips every year, membership fees from the general public and company donations.

There are three phases to the building and site improvement on the Gasholder Building: Phase one, External Building Stabilization, has already been completed at a cost of $480,000; all of those funds were raised. Phase two, External Improvements (Ground and Site Improvements), is in progress and will cost about $800,000; $108,886 of those funds are outstanding. Phase three, Interior Improvements, has not yet started but is projected to cost $1 million — none of those funds have been secured.

Council member Sharon Soucy said she appreciated the truthful manner in which information about the project has been presented. Unlike most projects in early stages, she described this plan as “a lot less abstract and a lot more realizable.”