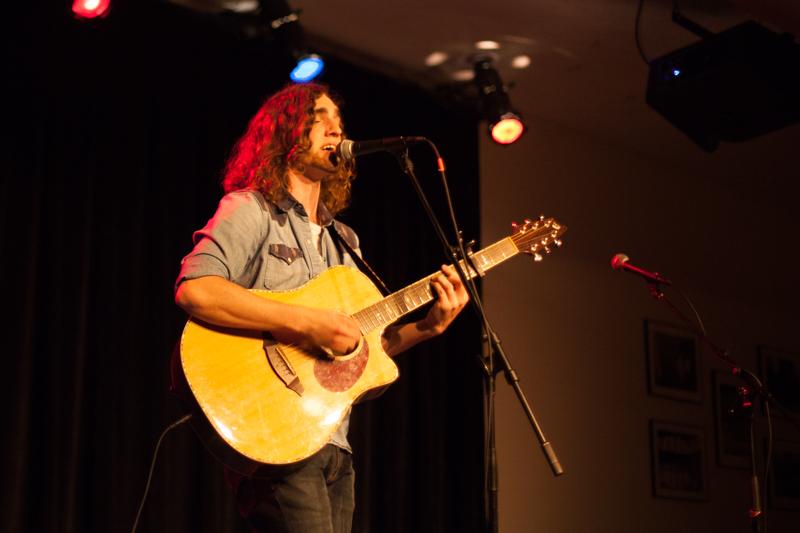 College senior Colin Seikel, performing under the moniker The Conductor, strums his guitar while singing a song from his new album, Blastoff. Seikel teamed up with OSlam poet and fellow College senior B.J. Tindal for a poetry and music showcase at the Cat in the Cream this past Wednesday night. Seikel, whose music is defined by his wide vocal range and radio-friendly acoustic chord progressions, kept audience members cheering with his charismatic personality. In a unique move that crossed typical genre boundaries, Tindal opened for Seikel, setting the stage with witty yet emotionally powerful slam poetry. Like many OSlam poets, Tindal’s work focuses on relevant political issues, making his set all the more captivating. Slam poetry emphasizes rhythm, so Tindal’s set felt well-matched to Seikel’s, despite the unfamiliar nature of the pairing. As a whole, the show highlighted the similarities between these seemingly disparate genres, and both performers benefited from this collaboration.