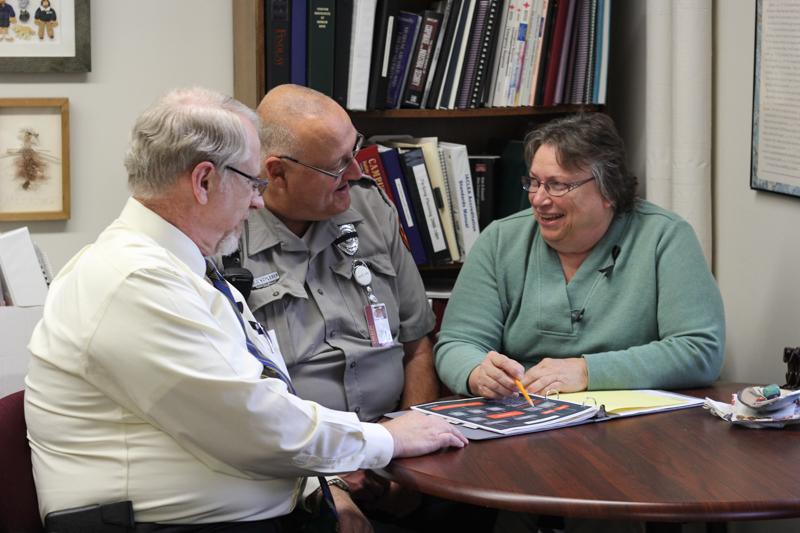 The Presidential Working Group for Campus Security has submitted recommendations to improve the relationship between Safety and Security and the rest of the Oberlin College community.

College President Marvin Krislov chartered the working group last semester in response to nationwide police brutality and calls by student members of the Black Lives Matter movement to review Safety and Security policy. A specific physical altercation between a student and a member of Safety and Security in December 2014 also prompted the committee’s formation.

The recommendations include mandating “cultural, ethnic and gender identity sensitivity training,” finding ways to encourage non-confrontational interactions between Safety and Security and other members of the community and creating “an appointed student, faculty and staff oversight board that would regularly review SaS policies.”

The report also urges using less threatening, “non-paramilitary uniforms” that would “further emphasize their support purposes” over policing. One of the proposed changes includes updating the name to Safety and Support Services from Safety and Security.

“Each recommendation is reasonable to examine and to respond in ways that are both possible and appropriate given our staffing, demand for services, budgets and time,” wrote Marjorie Burton, director of Safety and Security, in an email to the Review about the working group’s recommendations. “The important thing is to begin.”

Burton said some of the suggested initiatives had already been preemptively attended to by Safety and Security, such as the creation of “softer,” less police-like uniforms.

In a post on The Source, Krislov agreed that efforts to implement the recommendations are already underway.

“For example, we are exploring models to increase engagement and [are] building relationships between students and Safety and Security staff. … We are also continuing to scale up the professional development for Safety and Security staff. One example of this is the social justice diversity and inclusion training the staff received in 2014–2015. The facilitator from that training program will return this year for a follow-up training. Additionally, we are working on scheduling training on implicit bias.”

The committee gathered community input with a student survey and open forums. The group, which included five students in addition to being co-chaired by Professor of Africana Studies Charles Peterson and Assistant to the President for Community and Government Relations Tita Reed, indicated in its briefing that “students articulated a lack of transparency and clarity in SaS policies and procedures.”

“There was just this one, huge, inconsistent variety of interactions that students had with Safety and Security,” said Student Senator and committee member Joshua Koller. “Some students reported that Safety and Security is friendly, and other students say they abuse their power and they’re rude. … So one of the biggest issues that we wanted to focus on was transparency and oversight — what SaS is allowed to do and what SaS is not allowed to do. It seems like most of the student body was uncertain. Students don’t know who they are. … and the goals will create as many positive interactions between students and SaS as possible … and make sure there is accountability and accessibility in SaS’s actions.”

“The issues with [Safety and Security] are many and varied and have slipped through the cracks for some time now,” said Student Senator Megs Bautistia, one of the chairs of the new group. “Our goal is to identify all of the issues and demand that they be addressed by the institution and [that] the students’ voices be heard.”