On the Record with Peter Swendsen, assistant professor of Computer Music and Digital Arts 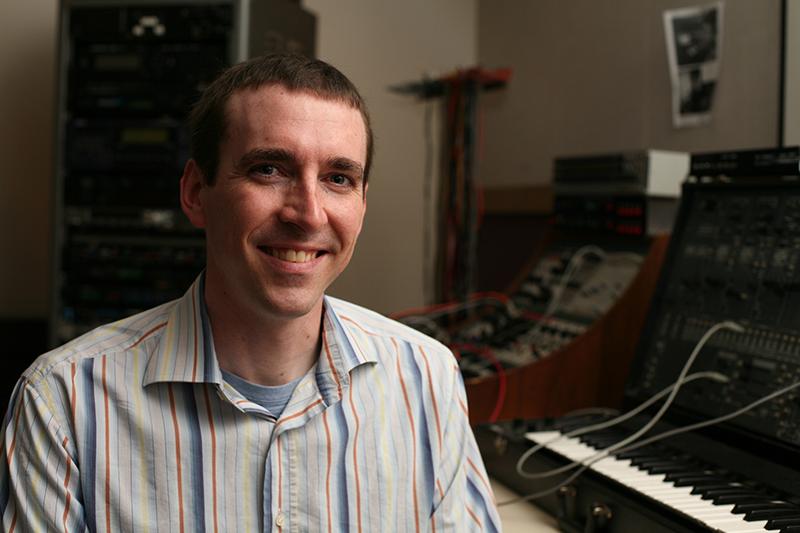 Peter Swendsen joined Oberlin’s TIMARA faculty in 2007 as assistant professor of Computer Music and Digital Arts. Last year he released an album titled Allusions to Seasons and Weather, in which he captured his experiences in Norway almost 10 years ago. Currently serving as the chair of the TIMARA department, Swendsen gave a talk this past Tuesday about his soundscape compositions in relation to the field of ecoacoustics.

You released your album Allusions to Seasons and Weather a year ago around this time, right?

It came out about a year ago, yes. But it’s work that spans a pretty big range, from 2006 to 2012. But the core of it is this set of four pieces that are more or less based on the year I lived in Norway, which was just before I came [to Oberlin].

I had a Fulbright Fellowship, which is how I was able to be there. The reason I chose Norway was because I was very interested in finding a place where I could have easy access to a lot of different kinds of environments, primarily natural environments … urban environments too, and the threshold where urban and natural meet. There is a wonderful electronic music studio in Oslo called NoTAM, which is sort of the national center for what we do here in TIMARA, so that was where I was based for the year, and I was doing these trips to do field recordings in different places.

I think my goal in going there was to gather a bunch of different material, and … I did gather a lot of material, but being in such a new place was such an important experience to me and my senses as a whole … I became much more interested in trying to translate those experiences into music regardless of whether I was using the particular content or not.

Which is difficult, it means you really have to sort through a lot of your own emotions…

Yes, right, but also liberating. It allowed me to think about what these experiences were and not feel like I was trying to recreate them verbatim.

Who were you collaborating with for the album?

There are seven pieces on the disk. Four of those are a set of works that are about the seasons in Norway. There is a fall, a winter, a spring and a summer piece. The other three pieces are thematically related but are of a separate set. Six of the seven pieces have acoustic instrument performers, and then the seventh piece has another collaborator, a writer, and was actually written for a choreographer. So the collaborative process was very much working with these musicians to tease out what these experiences were for me and how to use their instruments as another sound source for presenting those places and experiences I had in Norway. And then combining those instrumental sounds with recordings I made in those places or electronic processing that helped evoke the sensibility of those places.

So each piece has a … different combination of instrumentals, electronics and field recordings. And it was definitively a collaborative process to develop those.

What do you think someone will hear in your album if they do not know that you went to Norway? Did you ever talk to any listeners about how much of your experiences come across? For instance, did you ask someone if they heard the seasons in the four pieces?

I mean, again, for me, at that point I was so much more comfortable with the fact that the listener was going to have his or her own experience from my music. Ultimately, I was creating the pieces for them to have the opportunity to [experience the environment of

Norway], but whether for them it ended up being about a season, or being cold, an emotion or a place, all of that was fine. … That being said, there are some references in the pieces to pretty specific events or locations. For instance, [on the album] there are … some recordings in which you can clearly hear ice breaking or birds or the wind. I do think there is some commonality in how they are received.

I have only been to Iceland and Sweden, and I actually remember silence as being something very present and special. I was wondering if you had a similar experience in Norway? Do you think you can capture non-sound to represent that silence?

That is a great question. I think the experience of that silence is actually what flipped the switch for me from thinking about this project as … some gathering of material versus experiencing those places regardless of whether there was material or not. When you are in this mountain landscape above the tree line, … there is really no wind, there are no planes overhead and animals are widely scattered. The only thing you might hear is a waterfall that is really far away, [but] that is not a lot of sound, right? Yet the experience for me of being in that place is very sonic. That relative absence of sound is really meaningful. As a composer it is an interesting challenge to create a piece of music that is dealing with an experience that hinges on a lack of sound.

Then it becomes about trying to contextualize that for a listener. Maybe you have material that is very slow and very unchanging for a long time that provides a kind of stasis, an environment where even though you are hearing sound, there is so little change that you are kind of lulled into thinking of it as a kind of a blank environment. And if you then interject particular sound events, those events take on a lot of meaning.

Or maybe it is about making sound that is a lot [quieter] so that the audience has to kind of lean in and enter it.