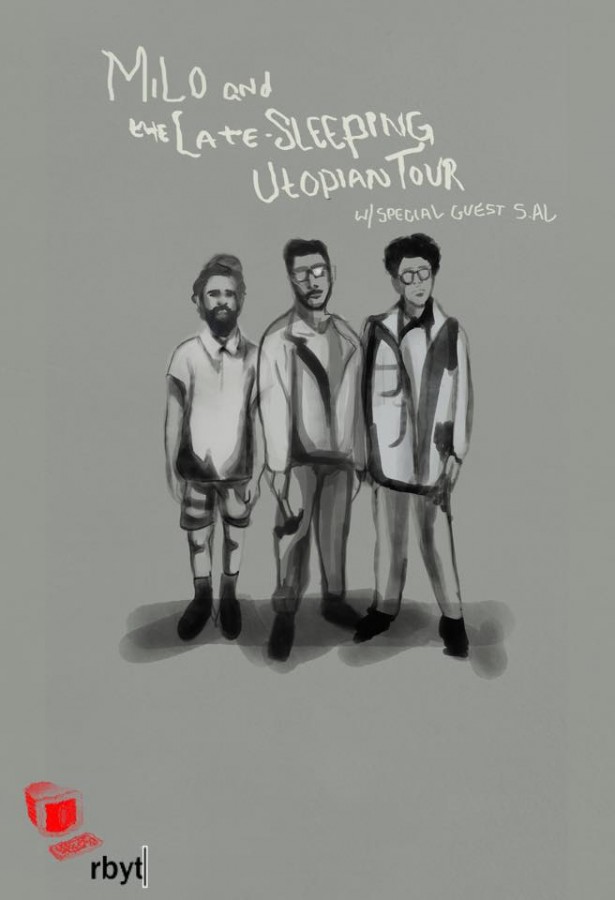 Rap artist and wordsmith Milo will perform at the ’Sco this Thursday. His two releases this year, so the flies don’t come and Plain Speaking, both received critical acclaim.

Next Thursday, Nov. 5, Oberlin will bear witness to a performance by the one and only rapsmith Milo, aka Scallops Hotel, aka Black Orpheus, aka Rory Ferreira. The ’Sco show will feature an opening performance by local experimental hip-hop collective Bémbe.

Born in Chicago and raised in Maine, Milo has proven himself to be one of the most consistent forces in underground hip-hop, releasing a multitude of mixtapes, EPs and studio albums since he broke onto the scene just a few years ago. The rapper is currently riding the success of his sophomore full-length album so the flies don’t come and his EP Plain Speaking, both released this year. The album features guest appearances by fellow underground darlings Elucid and Open Mike Eagle, as well as Hemlock Ernst, aka Samuel Herring of Future Islands.

At just 23 years old, Milo is nothing if not prolific. Via email, he explained how he manages to maintain such a strong work ethic. “I’m young, so the world is new and brimming with inspiration,” he said. “Right now it’s natural to make a lot and I don’t stifle the instinct to.” This eagerness to express and create is evident in the opening lines of “Rabblerouse,” the first track on so the flies don’t come, where Milo raps “I feel like Perseus but less merciful / I’m thirstiest / Most of all impervious / The wordsmith gets knee deeper / Beleaguered, his burdens at will summon purpose.” Attention to lyricism is perhaps Milo’s greatest strength, and his music is full of heady, contemplative musings and crafty wordplay. He is also known for his signature deadpan delivery, a characteristic which the rapper acknowledges in the track “Souvenir,” saying, “This monotone is great to the monotony / Sought its own philosophy.”

While his lyrical prowess is consistently strong, Milo’s subject matter varies with each release. His earlier output often revolves around feeling disconnected from other rappers. This sense comes through on the track “Just Us” from 2011’s I Wish My Brother Rob Was Here, in which he mocks the very profession he finds himself a part of. “Arbitrarily call myself the greatest rapper alive / Without ever consulting any of you other rhyming guys,” he raps. Later on, however, Milo found a home with the record label Hellfyre Club, a collective featuring a group of similarly abstract outsider artists, including Busdriver, Open Mike Eagle and Nocando. Finding his place within the hip-hop world has lead to a boost in confidence that can be seen in Milo’s more recent musical output. On “True Nen,” from his latest record, he raps about his crew when he rhymes, “We dress like spice merchants / Preaching Black aesthetic gospel / Michael called it art rap so you wouldn’t find it hostile.”

The event was organized by College sophomore Andrés González as the first show he has booked as part of the Oberlin Student Union Programming Committee. “Honestly, I wasn’t sure at first how many people at Oberlin already knew about Milo,” González said. “But the reaction so far has been really good, which is exciting.” González also listed “Re: Animist” off of so the flies don’t come and “Yafet’s Song” from A Toothpaste Suburb as two of his favorite tracks by Milo. Both songs feature Milo rapping over hazy, cloud-rap inspired instrumentals.

Oberlin has seen a number of impressive and diverse hip-hop acts over the past couple semesters, including Joey Bada$$, Shamir and Abdu Ali. With any luck, Milo will keep this hot streak alive.