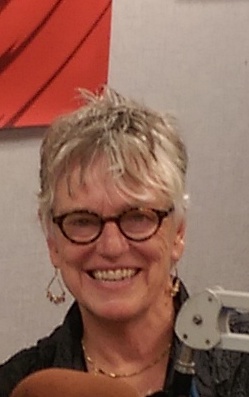 Brenda Way, OC ’66, Artistic Director of ODC/San Francisco, will return to Oberlin on Nov. 4 for a dance performance and panel discussion.

The dance company ODC/San Francisco, formerly Oberlin Dance Collective, will return to its Oberlin roots for a performance and panel discussion with the Dance department on Nov. 4. The Review spoke with Brenda Way, OC ’66, who helped found the group in 1971 and continues to work as its artistic director today. Way touched on everything from her experiences teaching at Oberlin to the central values of ODC/San Francisco.

What does collective mean to you?

It means many specific things. It means that everyone in the group at the beginning could choreograph, and everybody was in each other’s work, and everybody took part in some aspect of the administration of the company. So in the big picture, everybody … had their hand, in several different ways, [in] the decision-making as well as [in] imagining the future of this company.

My time as a faculty member really framed everything that has happened since. So I have to say that was the most formative time. You know, I met amazing people in the Conservatory of Music, Randy Coleman chief among them; the people who came to visit both in the Dance department and the people I brought; Twyla [Tharp], the Grand Union, Meredith Monk. … I mean, I brought wonderful people and all of the visiting artists who came to the Conservatory: Morton Feldman, Mauricio Kagel. … It was an explosion of wonderful opportunity. … I helped hire Herb Blau for the Inter-Arts program, and he was wonderfully influential, and he brought his CalArts gang, including Bill Irwin, who ended up marrying one of the dance company [members]. So it was one of those magic moments when there was a confluence of enormous talent, energy and resources. The president at the time, Bob Fuller, was extremely supportive.

How do you see the work that you did with the Inter-Arts Program and ODC in relation to the social climate that existed in Oberlin?

Well, I think the social climate that existed in the U.S. dominated my consciousness — I was part of the women’s movement in New York City, so I brought that consciousness with me, and it resonated with students in Oberlin, but traditions were breaking down and things were opening and happening across the country. … We were not an isolated moment in history. Things were connecting across the country in ways that they don’t always.

Were those themes represented in any of the pieces that were created from the Dance department or from Inter-Arts?

Well, you know, we were performing in unorthodox places. We did some events outside. … We did concert work but also events like outdoor installations that certainly did reflect on what was going on. More politically motivated … responses to the war for instance. One of the things about the ’60s is that we were intent upon diminishing the distinction between high art and low art. So the idea of what you did in the street or on the roof of one of the halls or in the concert hall or our huge happening in the squash courts, you know, it was all part of expressing things that we thought were worth considering for the public, all equally important. Some of them had political implications and some were purely aesthetic. It was a very pluralistic moment, I think.

Do you have any specific memories of something you did that tried to blur that line in between “high art” and “low art”?

If you do something in the squash courts — in 10 different squash courts — you’re blurring it. Basically taking it out of its traditional classical environment is a proposition. Consider this. You could be drinking your Coke or wandering the green, and it’s not the Church of Art. So it didn’t need to have quotes around it, “that is the proscenium”, you just put it in a place where people are in a different frame of mind and you’re raising the issue of “what is art?” and “who is it for?”

As a faculty member, did you learn from your students or learn from the process of teaching?

I think you always learn from your dancers, always. One of the things that was part … of the era was a new way of working in the studio in contrast to the more classical environment I had been trained in. … We tried to put our materials together in new ways. This entailed problem solving and exploring unfamiliar terrain so that we could figure out a language that you don’t learn in the classroom. And that meant that you and the dancers, whoever they were, were investigating and taking the creative journey together.

Was that idea of exploring a new creative route central to ODC in terms of it being a collective?

Yes, it definitely was, structurally and creatively. At that time, we had a musician and we had a poet and we had a painter and we had, well, you know, it was an inter-arts company at the beginning. So it really was all about exploring the constraints and the possibilities of the different forms as they related to each other.

The first summer of ODC, you and the students were in Martha’s Vineyard. What was that like?

We were out there for a couple months. We built our own dance floor, we all lived in tents, we built a big central house that we cooked in collectively. And I think we really figured out how to do everything ourselves — I mean everything. We had a huge chart of duties that organized our daily life, and the main thing that we learned, which was perhaps most important, was that you can just do it. In other words, the tradition in dance is to first dance for someone else, apprentice yourself in someone else’s company — at least it was in those days — and then from there, if you were motivated and you had the courage, you launched your own thing. And what we really realized is you could just hang up a shingle and do the thing, and that was very empowering, as you can imagine. When we gave our first concert out in the Vineyard, I wrote the critics in Boston, and Laura Shapiro, a serious dance writer, and someone else whom I don’t remember came down from Boston to review what we did. That was really instructive and exciting as well.

Do you think that feeling carried on as ODC progressed and moved to San Francisco? Was there still that attitude of “just do the work”?

Yeah. So, we moved out here, we got a little space, we renovated it, we put in a new floor, we painted the place, we put up new walls, and then we were evicted and we bought a building. There, we put in the plumbing, the wiring, the walls, the dance floor; we painted. Every place we had been was built with our own labor until the current campus, which was actually built by professionals. It was always hands-on … so that there was a much deeper collective ownership of the whole vision than there might have been otherwise. And so even though it’s not a collective anymore, I think the spirit of “two heads are better than one” and “how can we all solve things?” is still the operating mode in the organization. I still think it retains a sense of participatory governance even though it’s now a more traditional hierarchical organization than it was at its beginning.