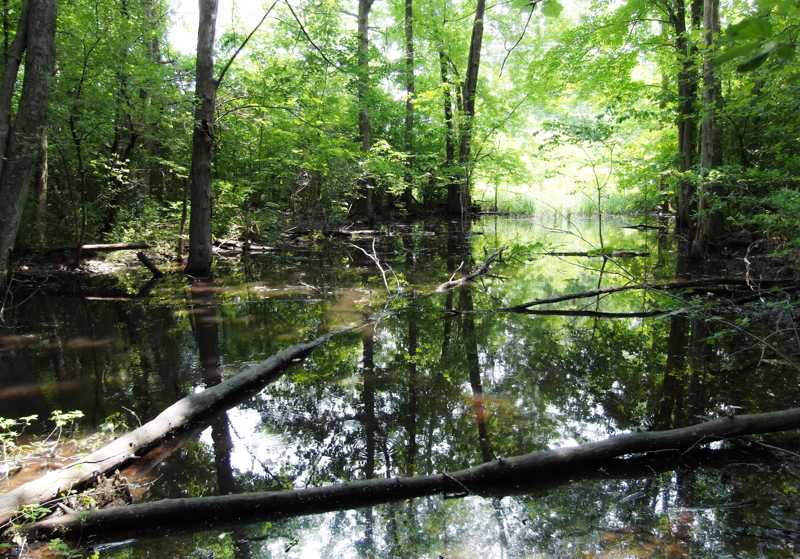 The Western Reserve Land Conservancy recently purchased a 63-acre parcel of the Oberlin Great South Woods. The environmental group plans to turn the area into a preserve for Oberlin residents.

The Western Reserve Land Conservancy, an organization that works to preserve and restore natural habitats in eastern Ohio, recently bought the Oberlin Great South Woods, a 63acre wetland property. The nonprofit plans to preserve the land and create a park for the community.

According to Andrew McDowell, vice president of Western Fields Operations, the acquisition is the result of years of work and organizing.

“It was a long process. … It’s been on various Oberlin residents’ radars for many, many years to protect those woods. We’re talking probably decades,” McDowell said.

The Conservancy ultimately bought the land from a developer using money from various organizations — including the College and the state of Ohio — interested in its conservation.

“We have work-study students here in the Oberlin office, and they helped put together the grants for the project,” McDowell said. In addition, the Conservancy partnered with EDGE to get a large contribution from the Clean Ohio Fund, a state fund focused on restoring and protecting Ohio’s green spaces.

“[The Conservancy was] more likely to get this grant if they had money promised from other people,” said EDGE Fund board member and College junior Julia Murphy.

In addition to the recreational and environmental benefits of preserving the woods, the purchase also addresses safety concerns.

“There has been a lot of flooding over there on Reserve Avenue, and the fact that it’s preserved is going to help any future flooding that might happen here,” Firelands associate field director Kate Pilacky said.

If the previous owners had developed the land, which was their original intention, properties downstream and other areas in the Plum Creek Watershed Partnership would have had an increased risk of flooding.

“With more asphalt and shingles, you would have nothing there to absorb the water,” McDowell explained. “But it’s gotta go somewhere.”

The Conservancy’s long-term plans for the woods involve partnering with the Lorain County Metro Parks. In the past, the Conservancy has done the heavy labor of grant-writing for a land acquisition and the subsequent transfer of the property to the Metro Parks.

“We are talking to Lorain Metro Parks, and they’ve indicated interest in [the land],” McDowell said. “This is going to be a property that people are going to use, … and it could be better served in the hands of a more proactive land-management-type organization like the park district.”

The forest has a long history within the community. Records of local residents studying the wetlands date back to the 19th century.

Local residents had been birdwatching and botanizing in the wetlands for years before it was sold to a developer.

“We’ve never really worked on a project that had that much data going back that far,” Pilacky said.

The park could also be used for educational purposes.

“I foresee various opportunities where classes from the College or high school could use it as an outdoor lab area,” McDowell said.

Pilacky organized a hike at the Oberlin Great South Woods last Sunday to celebrate the acquisition, answer questions about future plans and explore the area.