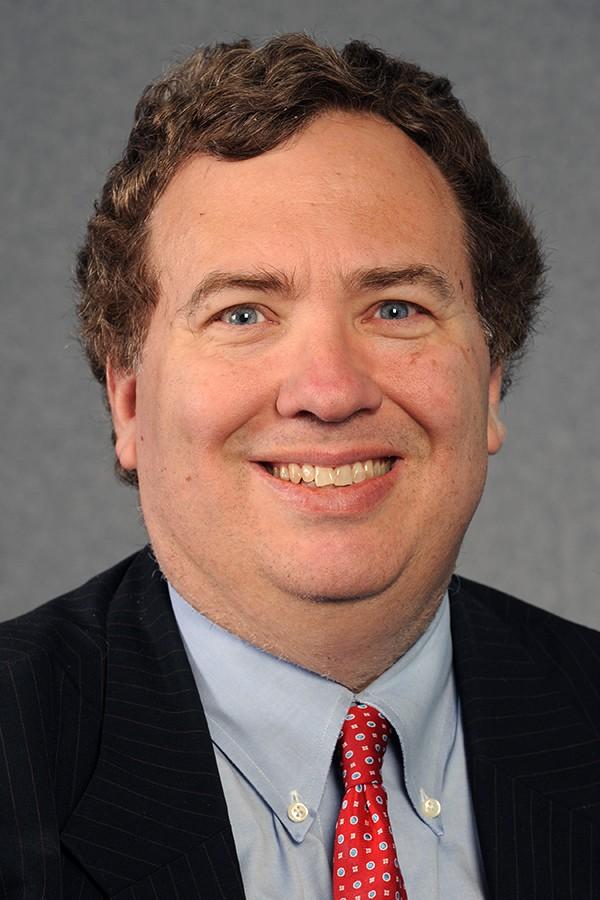 David Makovsky is the Ziegler distinguished fellow at The Washington Institute, a foreign policy thinktank. He worked as the senior advisor on Secretary of State John Kerry’s Israel-Palestine peace team from 2013–2014 and has written extensively about conflict in the Middle East. Makovsky is also an adjunct professor of Middle East Studies at Johns Hopkins University’s Paul H. Nitze School of Advanced International Studies. The Review sat down with Makovsky before he gave a talk titled “Seeking Justice: Strengthening the Prospects for Middle East Peace” at Wilder Hall on Tuesday night.

Given the Iran nuclear deal and increasing global frustration with Israel, how do you envision the future of U.S.-Israeli relations?

There’s going to be a meeting on Monday, Nov. 9 where [Israeli] Prime Minister Netanyahu will be the guest of President Obama. I think there’s going to be more commonality than people may think. Prime Minister Netanyahu is going to be speaking at the Center for American Progress, which is the leading liberal thinktank. I’d like to think that we’ve been in a very rocky period, and the Iran issue really brought out a lot of differences, but ultimately the U.S. and Israel are going to work together. No one has an interest in seeing Iranian proxies like Hezbollah get a windfall of money to blow people up. I think the same with Hamas, too. … The security cooperation between the United States and Israel is really strong. President Obama says the amount of intelligence cooperation is unprecedented.

Prime Minister Netanyahu and President Obama’s relationship has become a focal point of media attention. The two are meeting for the first time in months to discuss the Iran nuclear deal and the Islamic State next Monday. What went wrong between them?

It’s a fair question. It’s hard to see in the seventh year of an eight-year administration that you’re [not] going to have this magical reset. … These two have had their differences. Everyone agrees they all want the same objective. You want a two-state solution; you want to make sure Iran doesn’t get a nuclear weapon; you don’t want to embolden radical forces like Hezbollah and Hamas. Everyone agrees with the top-line stuff, but how do you get there? That’s where there are differences. I think Obama, coming in in 2009, thought he would focus much more on settlements. And then Obama, as it went on, thought, “Oh no, let’s not focus on that. Let’s focus on getting [Israel and Palestine] to the table.”

Secretary of State [ John] Kerry really believed that each side said they wanted a two-state solution, so let’s help them get there. Ultimately, I think that part of the issue was that Netanyahu had no problem with the U.S. holding Israel to a high standard, but he felt the United States held the Palestinians to no standard, and yet, these two have to be accountable for peace. That was a key piece to this and the Iran deal, obviously. The President would say, “Hey, Bibi, you don’t want them to get nuclear weapons, I don’t want them to get nuclear weapons.” Netanyahu felt that the United States did not optimize its leverage in those talks and might have been able to get a better deal. … You could ask, “Is this … perfect being the enemy of the good?” You couldn’t get the perfect deal, but you got the best deal you can? I think [Obama and Netanyahu] differed over those two things. Those are the two major differences.

You co-authored an article called “Israel’s Drive Toward Self-Destruction” for Politico Magazine earlier this year. In it, you wrote, “Palestinians can push the campaign against Israel at the International Criminal Court and other international forums, and nothing will be expected of them. Unfortunately, none of these steps will advance the day that Palestinians see an end to Israeli occupation or the emergence of their state.” What steps do you think Palestine can take to end Israeli occupation?

I think the way to do it — like Jordan’s [ former] King Hussein [bin Talal] and [ former president] Anwar Sadat of Egypt — is to say, “You’re here to stay, we’re here to stay. You recognize that we’re the nation-state of the Palestinian people, and we’ll recognize that you’re the nation-state of the Jewish people.” There’s too much history and too little geography, and it’s hard. The whole area between the Mediterranean and the Jordan River can be 50 miles, and you have to shoehorn these two states. And if [Israel] thinks the other side really doesn’t accept them and it’s a waystation for them to eliminate Israel, they’re going to have their back up.

On the Israeli side, they’ll say — and I think this gets lost in some college discourses — “Wait a second. In 2000 [Israel] wanted to end the conflict and find a border.” In 2007–2008, with Condoleezza Rice and the Annapolis process with Kerry in 2013–2014, Israel said, “We’ve made three big efforts. We don’t want to dominate anybody, we just want to end it.” And you get the feeling that the Israelis will say [Palestinian President Mahmoud] Abbas doesn’t really want to end the conflict, he wants to perpetuate it.

The more charitable view is that each one wants a deal, but they want a deal on their terms. But as long as you’re going to find the grand deal very high, it’s a bar that can’t be met.

I’m not here to say Netanyahu has been perfect. I think in the campaign, he needed to have a much more broad-based coalition, and the coalition he has is problematic. But he’ll say, “Look, the other guy doesn’t want to solve this thing, don’t you see it? Three times we tried. Why aren’t they writing about that in America?”

You talk about the three points that Palestine and Israel can’t agree on: Jerusalem, security arrangements and defining the character of both states. As senior advisor on Secretary of State John Kerry’s peace team, what did you perceive as the most difficult barriers for Israel and Palestine in reaching a peace agreement?

That’s an excellent point. I think the hardest one is security arrangements, ironically, which is not what I used to think. I think the aftermath of the Arab Spring has transformed the immediate landscape. Lebanon was a country, but you have Hezbollah — the people who fire the shots call the shots there. Syria used to be a country; it’s come apart. And you have an al-Qaeda offshoot on the northern border. You’ve got ISIS over the horizon. Thankfully, you still have Jordan there. You have Hamas in Gaza. You have an affiliate of ISIS in the Sinai. You thankfully have this security cooperation in the West Bank that has got to stay strong, but you’re not surrounded by states, and everything is within very tiny distances.

The problems are really complicated and it’s very hard to say … the overall tumultuous environment of the region, where there’s kind of a meltdown of the old state system, is not the most conducive to saying, “Here are the security arrangements.” This is not a footnote. When Israel left Gaza, you had rockets coming from the northern Sinai in the Gaza and thousands have been fired, and this is after Israel got out. All I’m saying is it’s hard for us as Americans because we have the liquid assets — the Atlantic and the Pacific — and peace with Canada and Mexico. But let’s say we didn’t have any of that and we lived in a tiny, tiny area where the landscape was being transformed before our eyes. It makes it harder. It doesn’t mean we should give up, though. It doesn’t mean we shouldn’t do what we can do.

A recent poll from the Israeli thinktank Mitvim shows that 60 percent of Israelis disapprove of Netanyahu’s government’s performance on foreign policy. The same poll showed that only 34 percent of people disapproved last year. How have you seen Netanyahu’s role changing in Israel in the past year?

It’s very interesting. The problem is the disapproval with the wave of stabbings; he’s losing the right. The right thinks he’s too squishy, that people are getting stabbed and he’s not doing enough to protect the citizens. And the polls that I’ve seen say [ former Minister of Foreign Affairs] Avigdor Lieberman — who is more to Netanyahu’s right — should take over. People feel helpless. I think there’s always danger in polling in the middle of crises. The dust settles and public opinion tends to settle, too.

The polls that give me the most hope are these: that a majority of Israelis and Palestinians — a bare majority, I’ll now posit it’s dropped — will say they want a two-state solution, but they’re convinced the other side doesn’t want it. And that’s part of the problem here. There’s a public sense of disbelief, and how do you deal with that? When people say, “Look, America, you’ve tried three times to solve all the problems, and yet it was elusive because despite all your best efforts, the Venn diagram on all five of the issues — territories, refugees, Jerusalem, mutual recognition and security arrangements — did not all come together. Maybe you got two out of five.” So, one way is to just give up, but I think — and that’s what my message here is — that’s a mistake.