On the Record with Jessica Hopper, Music Critic and Author 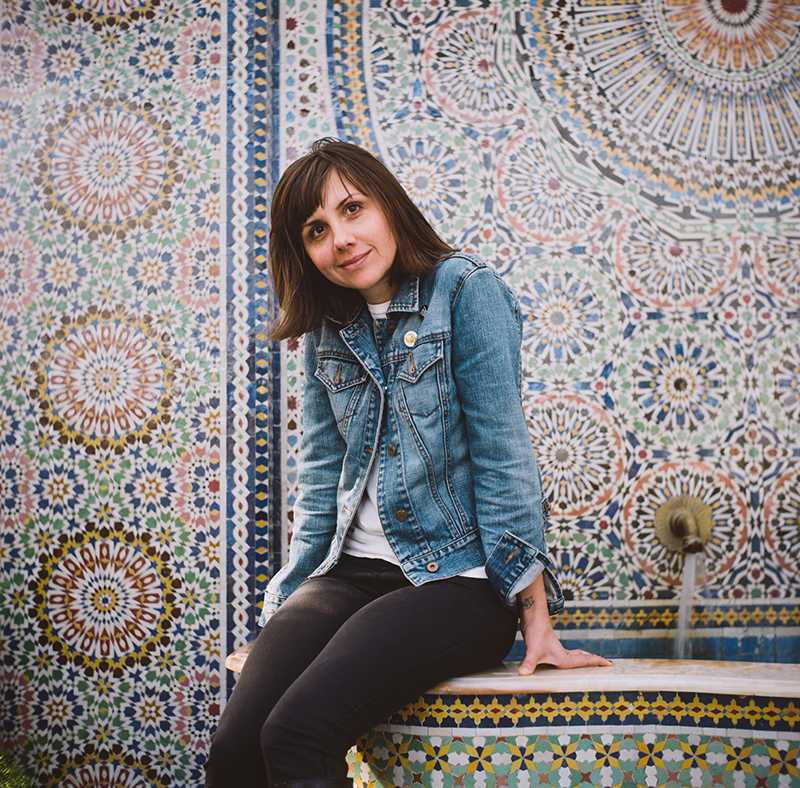 Jessica Hopper, music critic and a senior editor at Pitchfork, who gave a talk about her book The First Collection of Criticism by a Living Female Rock Critic at the Cat in the Cream Thursday, Nov. 5.

Jessica Hopper is a senior editor at Pitchfork, a featured writer in Best Music Writing 2004, 2005, 2007, 2010 and 2011 and a writer at the online magazine Rookie. She inspired music fans at the Cat in the Cream on Thursday, Nov. 5 with a talk on her book, The First Collection of Criticism by a Living Female Rock Critic. The Review spoke with Hopper about musical elitism, women in the music industry and the dangers of self-doubt.

In the beginning of your book, you include this beautiful introduction about Van Morrison’s “T.B. Sheets.” You talk about the emotional quality of the song. What was the last song that made you cry?

I mean, sometimes the things that make me have emotional reactions are the songs I know really well. It’s just sort of the right mood at the right time and the right song. Sometimes, it’s being kind of geeked in a great way by a new song. There was a song I was just writing about earlier today — I wasn’t having an emotional reaction where I was crying or something, but it really took my breath away. It was because of the sense of urgency and a kind of dark panic that the song evokes.

Why is vulnerability important when listening to music?

I don’t think we have to be in, like, a certain way to best receive music at all. You know if you love music. You put it on for stupid reasons or for intellectual reasons. You know, we try to think of doing “active listening” or whatever, but, I mean, I do all kinds of dumb, pass-the-time listening. How vulnerable I am to the art that I’m taking in depends on my day, my brain [and] what’s happening in my life. And also, that’s kind of a luxury to listen to music in that way some ways. But to be a conscious consumer of anything is good.

So what would you say to those who say we must only listen to full albums all the time — with the “candles-burning-in-our-bedroom” type of thing?

I mean, I think that’s bullshit. But there’s always people who want to make music an elite space and say that there’s only one right way to enjoy it. I think that’s kind of an old canon and an old way of thinking about music. There are always going to be those people who are that way about music. I think those people are interested in keeping other people and ideas out and keeping music from evolving, which I think is boring.

How did you use music to find your voice?

I don’t know if I did. I mean, my writing voice came mostly from being a fan. So, perhaps it was music that gave me some perspective of myself. … It was really seeing women on stage that helped me figure out that I had a place … and an opportunity to exist in a particular space.

To see women on stage, sometimes screaming and being really loud and taking up a lot of space, that performance is a rejection of a lot of things I had been told or had come to believe about music but also about women and the way I wanted to be doing those things myself. So, I think that’s how music informed it.

You write for Rookie and edit for Pitchfork. Rookie is an online magazine written for and mostly by teenage girls, and Pitchfork is a hub for music news. How does what you’re writing for Rookie differ from what you’re doing at Pitchfork right now? Is it possible these spaces can overlap?

Well, they are two different kinds of spaces, so that’s one thing that determines how I write. You know, people are going to Pitchfork for music news. It is an audience that values a certain kind of aesthetic generally and expects a certain kind of critical thinking. It’s mostly male readership and different age groups.

And with Rookie, you know, I knew who my audience was, in part because I had been part of that demographic. I had not too terribly long ago been a teenage girl myself. Most people are reading Rookie because they need Rookie, because they were digging down in the Internet until they found something like Rookie. It’s special in that way. Not to say that Pitchfork isn’t special — it is. But, when I wrote for Rookie, I really took an incredible amount of and a particular kind of care with what I was writing and saying, because … I wanted the young readers to trust me in a different way than how I need readers of Pitchfork to trust me and my critical authority.

For young women and people who are otherwise up against a lot of cultural norms and a lot of low expectations of who and how they are in this world, Rookie is a life raft.

What advice do you have for readers looking to pursue their passions in a career?

I was very ambitious and I still am. If you’re talking about something … that’s your passion and you want it to be your career, I think you need be realistic about the tradeoffs. It may make you hate the thing that you do. But if you are going to do something that’s an uphill struggle, the fact that you’re passionate about it will drive you and motivate you.

The one thing I can tell people is that I think self-doubt can be really poisonous. You have to give yourself permission [to follow your passion] because no one else will give you permission. No one will open the door for you and be like, “Yes! Come on in! You’re a genius!” There’s not a level playing field out in the world when it comes to work. You have to be passionate about what you’re doing because you’re going to have to fight for the space that you want.