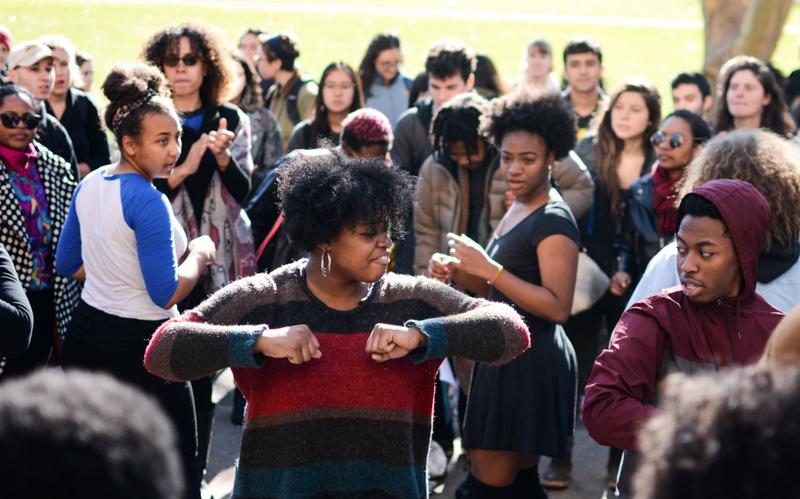 College sophomore Gloria Lewis dances in front of Wilder Hall, where students gathered for a Black Lives Matter protest on Friday, Nov. 20. Dozens of people marched through the hallways of the Science Center and King Hall and throughout campus chanting “Say her name” and “Black Lives Matter.” The protest culminated in a gathering in front of Wilder Hall, where attendees engaged in conversations and other forms of creative expression about racism on campus. The protest follows numerous campus events that have focused on the systemic oppression of people of color in higher education institutions. Black faculty and staff held a teach-in at Dye Lecture Hall on Wednesday, Nov. 18, and many also contributed to an open letter of support for campus protestors at Oberlin College, University of Missouri, Yale University, Ithaca College, Claremont McKenna College and elsewhere (“Staff, Faculty of Color Stand with Campus Protestors,” Nov. 20, 2015).