Students to Trustees: We’re Not Being Heard 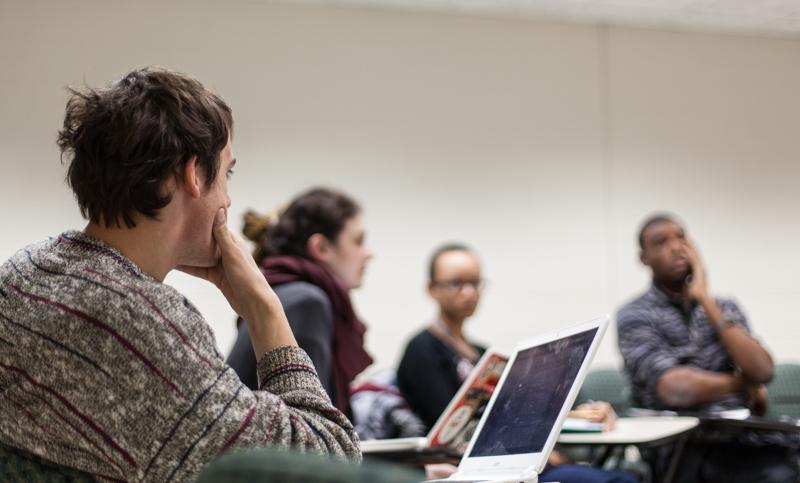 With final exams looming and fall semester coming to a close, the Board of Trustees-Student forum in King Hall on Thursday night was sparsely attended. Still, students and trustees engaged in discourse about increasing support for international students and students of color, the status of fossil fuel divestment proposals, improving campus services and several other prominent issues.

The Steering Committee released a new draft of the Strategic Plan in late October, a document intended to guide the Board of Trustees’ decision-making for the next 10 years. The report included plans to cut the endowment payout, as well as other major fiscal decisions. Many students are concerned that this cut will result in on-campus programs suffering.

“I’m always kind of apprehensive of when institutions say they don’t have resources to do things,” said Elijah Aladin, College first-year and student senator. “They find resources to do the things they want to do.”

Across the board, students voiced concerns about the trustees’ alleged lack of transparency when it comes to their decision-making processes, especially regarding divestment proposals. The Board recently rejected Students for a Free Palestine’s proposal to divest from companies that are said to benefit from Israeli occupation in the region.

Oberlin Fossil Fuel Divestment recently submitted a revised proposal of its divestment proposal to the Board. The revisions included an expansion of the companies in question to 200 — as opposed to the original 12 company names submitted last year — asking that the Board commit to not investing in these companies in the future and that it issue a public response to the proposal.

“Students are not represented in major administrative decisions, and not only are our opinions not taken into consideration, but they’re not even heard because we’re not at the table most of the time,” said Aladin in one of several Trustee-Student meetings on Thursday night. “We have four nights of [the] year when we talk, and it supposedly goes in the agenda, but it’s not reflected in the actions by the administration in the projects we see around school.”

Several trustees at the same meeting responded with probing questions about how they could improve this process. Some students suggested more explicit communication from the Board, while others called for evidence of support through direct action. College first-year Kameron Dunbar said that the responsibility to find solutions should not necessarily be delegated to students.

“As students, I don’t think it’s our job to come up with personal solutions to institutional problems,” Dunbar said. “I don’t have time or resources to draw up institutional solutions. That responsibility lies on administration.”

Dunbar also shared pieces of a working proposal to have Afrikan Heritage House residents only be of African descent in the future. The proposal is currently incomplete and has not been published, but is allegedly in the works.

“It’s so valuable to hear this and it’s completely authentic,” said Philip Vasan, trustee and OC ’80. “Nobody can dispute this because that’s how people are honestly experiencing being here. A lot of people have thought about this. I would just say you have to take these kinds of decisions in the current context, and it starts with being open about this. You have to have your eyes open about what it means to go 100 percent African American in the house.”

Vasan added a personal anecdote about his experiences with encountering racism at Oberlin as a student, stating that these issues have existed on campus for decades.

Students attempted to tackle larger institutional problems but also emphasized that small improvements might enhance the overall quality of life on campus. College senior and Student Senate Liaison Megs Bautista suggested that a monthly stipend or package be awarded to low-income students with quarters for laundry, detergent, menstrual products and other items that might ease day-to-day life.

“One way to get close to remedying these problems is to get a better sense of what concrete progress looks like,” said Trustee Christopher Canavan, OC ’84. “If it’s simply that we need to do a better job, then I think that we will think we’re trying to do a better job. But if we don’t have a really practical, concrete idea of what constitutes a better job on any one of these issues, then it’s hard for us to deliberate.”