On the Record with Maria Miranda, Artist and Activist 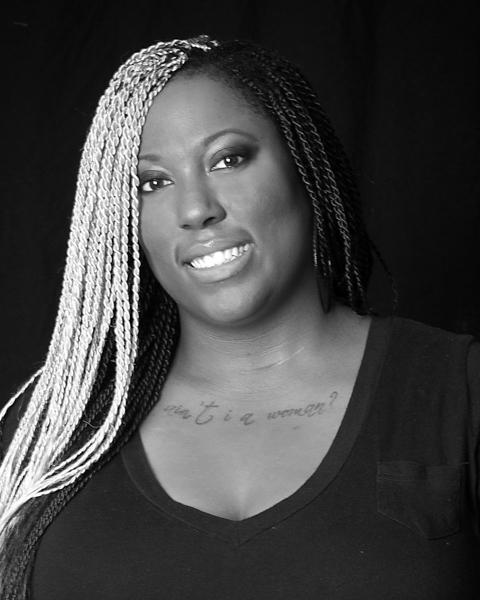 Feminist and activist Maria Miranda, who spoke at the Cat in the Cream Thursday

Maria Miranda, a reproductive health activist from Cleveland, serves on the NARAL Pro-Choice Ohio board, works at an online reproductive health-oriented publication called RH Reality Check and has worked with other social justice organizations including Greater Cleveland Community Shares and Preterm. She has received numerous awards for her contributions to social activism. She has visited Oberlin twice before for reproductive health workshops and is one of three artist-activists who participated in Students United for Reproductive Freedom’s event Out of Silence: Destigmatizing Abortion through Art and Storytelling, which took place Thursday at the Cat in the Cream.

How are you feeling about coming back to Oberlin? You were here before for a workshop on reproductive justice, right?

Yeah. The students at SURF have invited me out twice now. It’s interesting. I’m an Ohio native, and I know several Oberlin graduates. So it was just funny that after all these years, it took SURF to get me out to the campus. Oberlin has a really great reputation for producing social justice activists. I was just really impressed with what the students put into the issues and their willingness to speak out on what’s wrong. I think it’s really fantastic that there’s such momentum and energy on campus around these really big issues, such as reproductive rights.

What are your thoughts on the concept of destigmatizing abortion through storytelling?

I think that storytelling is a really powerful tool to break down a lot of the socializations that we have embedded in ourselves through being part of a mainstream-dominant culture. For women particularly, and marginalized groups from all traditions, storytelling is one of the primary ways that we are able to speak our truths and tell our stories for generations to come. In terms of destigmatizing abortion, speaking on abortion is the first thing that we have to do because it’s such a silencing issue for a lot of women. So the movement to tell stories is huge. It’s really impactful in terms of getting people comfortable with the subject of abortion, but also providing a safe, validating and healing space for women who have experienced abortion. … I think having a movement like this is going to be part of a bigger movement to change the way abortion is handled in Ohio.

Can you speak about your interest in the co-opting of reproductive rights activism?

Reproductive justice is a movement that was founded around 30 years ago by women of color in response to the race justice movements and the gender justice movements [excluding] us. It was an entire movement by women who had to make decisions about their bodies, families and communities. What’s happened over the years is that more mainstream, pro-choice organizations — and the pro-choice movement itself — has kind of co-opted the term “reproductive justice” as this new way to say “pro-choice,” which it’s not. The challenge has been that women of color over the past several years have really pushed back against major organizations like Planned Parenthood to say, “Hey, this is a movement that began with us.” It’s not that we don’t accept white allies, but this is really a woman-of-color-led movement. Using that term without understanding its history, which is often what happens, is really insulting to the women of color of all backgrounds who worked really hard to [start it]. I think that’s the rub. Whenever we can take time to clarify that distinction, it’s really important [to do so].

Have you worked with Mallory McMaster or Taba Aleem before Out of Silence?

Yeah, I know both of them. Taba Aleem is a phenomenal woman. She has been in the game for a long time, and her story is really powerful. I’ve heard her story; she’s spoken at rallies and public spaces for years. She is very active in the Northeast Ohio-Akron community. She works at Planned Parenthood. She just has a really amazing perspective. Taba has a really big passion for getting young women leaders developed in the movement. You can always find her trying to cultivate young voices, especially around reproductive health and justice movements.

I’ve met Mallory [ fewer] times … we worked on a project together around creating advocates for abortion patients. It’s a small-world kind of thing, you know? Mallory has been eager to jump into the reproductive health and rights movement as a leader. She relocated to Cleveland several years ago at this point and has really embedded herself in the community. She’s now a recognized force. When I saw their names on the agenda, I was really excited and thought they were good choices. I really admire Taba as a woman of color. She has some really great, inspirational insights around black women and reproductive health specifically.

In a more general sense, how are the activism and arts scenes in Cleveland?

There’s a pretty healthy, vibrant community of artists/ activists in Cleveland. There are a number of local theaters that have done a lot of plays and presentations around social justice issues, speaking on political, current, controversial issues. There’s female artists and artists of color — primarily African-American artists — who have created safe spaces for themselves. There are a number of small, independent bookstores that are also meeting spaces for justice activists, which I think is really important — kind of harkening back to the days of the beatniks, and even prior to that, when people would go to shops to discuss these things. The creative class itself in Cleveland has been a huge part of the economic revitalization of our town. Also, I feel like artists in Cleveland are the first people to speak out about social justice issues. I will also say that, for me, as a social justice activist, art can be a really powerful way to make those connections. … A lot of folks are homegrown, and there are some that are from here. There’s a really good mix of people who have different perspectives. It’s not just Midwest; it’s national and global. I think that makes it all the more robust.

Can you tell me your thoughts on the intersections of art and activism in the context of reproductive rights?

It’s been years since I’ve tried to be creative. I have done performance art pieces and things like that. … I will say that, when I work with creative women, we were able to not only tell our own stories and learn from each other but also create something for other people to digest. I will say that I feel the most uplifted when I’m working with something artistic. I did a lot of work exploring femininity and how it impacts our lives. … It’s really great to hear from women, and that’s what I’ve got as an artist. It helps me create my spaces.

On a broader scale, [the connections between] art and activism are huge. SisterSong, a national organization for women of color and reproductive justice, has started an initiative … around art. There are a lot of talented activists and artists who are interested in activism. What we find is that, a lot of times, awareness is generated through art. Someone might see a piece of performance art, hear a song, read a poem, see a film or go to a play, and they say, “Oh. This is an interesting topic.” Then they have conversations. We find that art is a way to spark dialogue and conversation. Looking at movements historically, art has been a way to spark movements. It’s a crucial part of revolutionary movements: I would say that any movement that doesn’t include art is missing out on something. I think it’s an important form of expression for marginalized people.